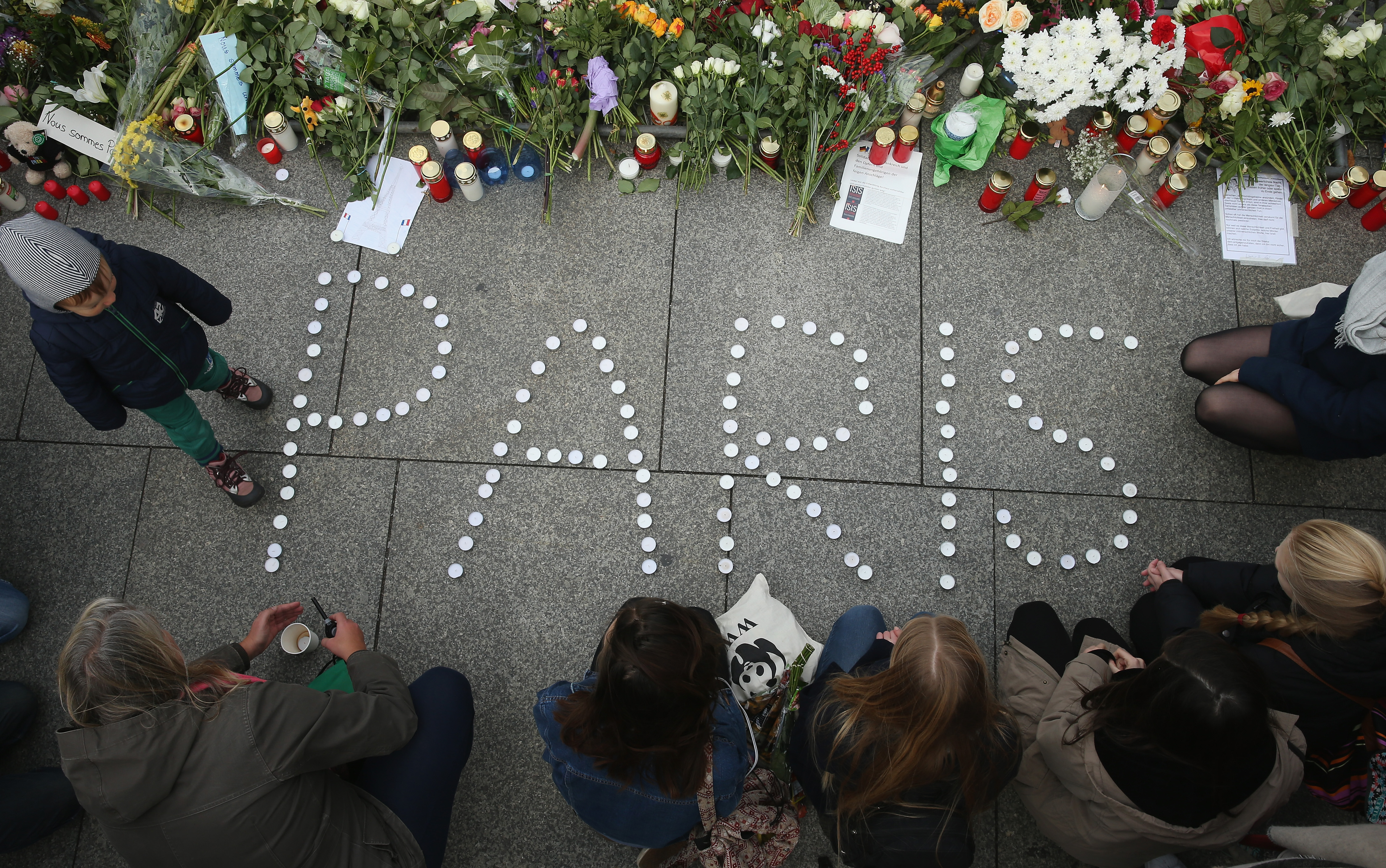 Ahead of the second Democratic primary debate Saturday night, contenders for the White House are responding to the tragic attacks at multiple sites in Paris, which have left at least 127 people dead and more than 250 injured.

Nearly all candidates sent out messages of support to citizens of the French capital via social media, including the Democratic hopefuls who are preparing for Saturday's CBS-hosted debate.

The reports from Paris are harrowing. Praying for the city and families of the victims. -H

Horrified by the attacks in Paris tonight. My thoughts are with the victims and their loved ones.

Heartbreaking news from Paris. Praying for the country and its people. -O'M

Former Maryland Gov. Martin O'Malley also cautioned against making "sweeping generalizations" based on race or religion after the attacks, carried out by extremist terror groups.

"For the days to come we'll hear speculation, and sweeping generalizations about our Muslim brothers and sisters around the world who largely condemn these acts. We'll hear words motivated only by fear and ignorance," O'Malley said in a statement released Saturday. "I hope we will turn deaf ears to hatred. Let us instead listen to voices throughout the globe that speak of love, unity and peace. Let us be our best selves in the face of terrorism."

Early Saturday, Donald Trump took to Twitter to give his condolences to Paris and to criticize the president as "just so bad":

President Obama said "ISIL continues to shrink" in an interview just hours before the horrible attack in Paris. He is just so bad! CHANGE.

Later, at a rally in Texas, Trump took aim at President Obama's policy to increase the number of Syrian refugees the United States takes in.

A U.S. intelligence official confirmed to CBS News Saturday that part of a Syrian passport had been recovered in the area of the suicide bombers' strike near a French soccer stadium.

"When you look at Paris, you know the toughest gun laws in the world, Paris. Nobody had guns but the bad guys. Nobody," he said. "Nobody had guns. And they were just shooting them one by one, and then they broke in, and had a big shootout, and ultimately killed terrorists."

"I'll tell you what - you can say what you want -- if they had guns, if our people had guns, if they were allowed to carry, it would've been a much different situation," Trump said.

At the Sunshine Summit in Florida, former tech executive Carly Fiorina placed the responsibility for the Paris deaths at the feet of the Obama administration.

"I am outraged because the murder, the mayhem, the danger, the tragedy we see unfolding in Paris, throughout the Middle East, around the world, and too often in our own homeland are the direct consequence of this administration's policies," Fiorina said Saturday. "You cannot lead from behind."

The former Hewlett-Packard CEO also weighed in on Syrian refugees, saying she was "angry that President Obama unilaterally decides that we will accept in this nation a 100,000 Syrian refugees while his administration admits we cannot determine their ties to terrorism."

"Do you know whose passport was found in France this morning?" Santorum asked the crowd Saturday. "A Syrian passport."

Other candidates, like former Arkansas Gov. Mike Huckabee agreed with the call to close off America's borders to refugees from Syria.

"During the debate last week, I stated that we should not admit those claiming to be Syrian refugees and was condemned by the left for that position. I was right, and the events in Paris affirm that," Huckabee said in a statement. "Even the far-left and politically-correct government of France has closed its borders. It's time for a President who will act to protect Americans, not just talk and protect the image of Islam."

Texas Sen. Ted Cruz, while speaking at Bob Jones University in South Carolina, also called for swift legislative action on a bill that would allow government officials to strip American citizenship from any alleged supporters of terrorist groups.

"I call on Congress to pass the Expatriate Terrorist Act," Cruz said Saturday of the legislation that he sponsored in the Senate last September. "We should not allow jihadists to come back to America using U.S. passports to murder innocent men and women. We are at war."

Neurosurgeon-turned-politician Ben Carson called for more U.S. intervention abroad, promoting the use of "covert resources, overt resources, military resources... in an attempt not to contain them but to eliminate them before they eliminate us."

"I think America's involvement should be trying to eliminate them, completely, destroy them," Carson said at a Friday press conference. "Boots on the ground would probably be important."

Jeb Bush said he was "not surprised" about the terrorist attacks.

In a radio interview with conservative talk show host Hugh Hewitt, Bush said, "This is a war being created by Islamic terrorists. It's not a law enforcement operation. And the mindset that, in our country, at least, needs to change to recognize it for what it is. This is an organized effort to destroy Western civilization."

The former Florida governor also called for America to lead in the counterterrorism fight -- what he called "the war of our time" -- pushing to "re-garner the alliances, fortify those alliances, reconnect with our counterintelligence and intelligence capabilities with our European allies, and engage in the Middle East to take out ISIS."

Another Florida Republican, Sen. Marco Rubio, called for more assistance to the French government in tracking down those responsible for the attacks.

"As we learn more about the attacks and who is behind them, the United States should assist the French government in finding those who are accountable and bringing them to justice," Rubio said in a statement. "We cannot let those who seek to disrupt our way of life succeed. We must increase our efforts at home and abroad to improve our defenses, destroy terrorist networks, and deprive them of the space from which to operate."

Ohio Gov. John Kasich led an impromptu prayer for the Paris victims during a campaign stop in New Hampshire.

"Dear Lord, we keep the families in Paris in our prayers, the children who've been frightened to learn of the death of their mom or their dad or their brother or their sister," he said Friday. "We know this evil can be all around us, but we know in the end it's the strength that you provide, the hope ultimately that you provide, that can help these folks deal with this terrible tragedy and recover. And we'll stand with them, Lord, here across the ocean and the United States. We'll do the best to hold them in our arms, to be with them in this time of terrible grief and terrible tragedy."

The next day, speaking at the Sunshine Summit, Kasich called for timely action in the wake of the attacks in France.

"You know, our thoughts and our prayers go to the people of France but that's not enough. Action is required. Time is of the essence. Negotiation, ambivalence, or delay, are not acceptable," he said in a speech that focused entirely on the terror attacks.

Later, he told reporters that when it comes to the "way we should treat Syrian refugees, it ought to be an affirmation where we are clear we're not bringing ISIS into this country."