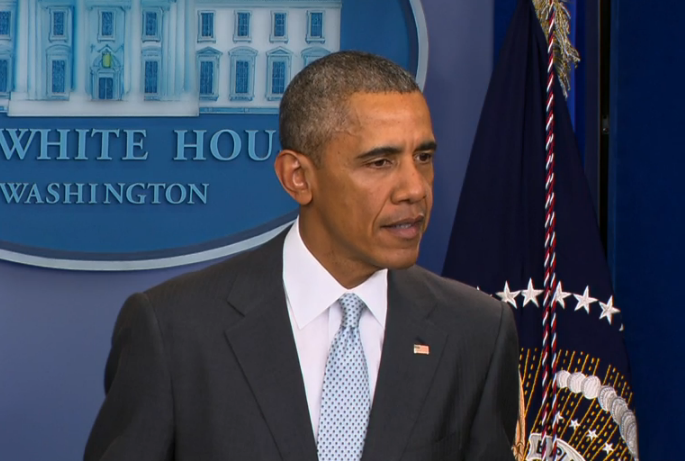 Following one of the deadliest instances of violence in France in decades, President Obama said, "This was an attack not just on Paris... not just on the people of France, but this is an attack on all of humanity and the universal values that we share."

Speaking from the White House briefing room, Mr. Obama said the U.S. stands prepared and ready to provide whatever assistance is necessary to respond to the situation. Several people were killed in multiple attacks carried out nearly simultaneously in Paris on Friday night.

Shortly before delivering his statement, the president was briefed on the situation by Lisa Monaco, his assistant for homeland security and counterterrorism.

"We don't yet know all the details of what happened," Mr. Obama said, noting that "there still may be live activity and dangers as we speak."

While he unequivocally characterized the attacks as acts of terrorism, Mr. Obama said he would not speculate at this point on who was responsible for the attacks. "I'm sure in the days ahead we'll learn more about exactly what happened," he said.

The president said his administration is in contact with French officials and has offered the United States' "full support." The president had yet to call French President François Hollande, though. "My expectation is he is very busy at the moment," Mr. Obama said. Coincidentally, the two leaders had spoken earlier in the day in preparation of the upcoming G20 meeting in Turkey, and Mr. Obama said he expects to be in touch with him within the next few days.

"We're going to do whatever it takes to work with the French people and with nations around the world to bring these terrorists to justice and to go after any terrorist networks that go after our people," Mr. Obama said.

The president noted that France is the United States' "oldest ally" and has been an "extraordinary counterterrorism partner." He also hailed the values the two nations share.

"Paris itself represents the timeless values of human progress. Those who think that they can terrorize the people of France or the values that they stand for are wrong," Mr. Obama said. "The American people draw strength from the French people's commitment to life, liberty and pursuit of happiness."

Vice President Joe Biden called the attacks "hearbreaking," saying that "such savagery can never threaten who we are."

U.S. Secretary of State John Kerry described the attacks as "heinous, evil" and "vile," calling them "an assault on our common humanity."

Kerry says the U.S. embassy in Paris is "making every effort to account for the welfare of American citizens in the city."

Kerry says the U.S. stands ready "to provide whatever support the French government may require."

Kerry was speaking from Vienna, where he is scheduled to attend talks Saturday on the crisis in Syria.