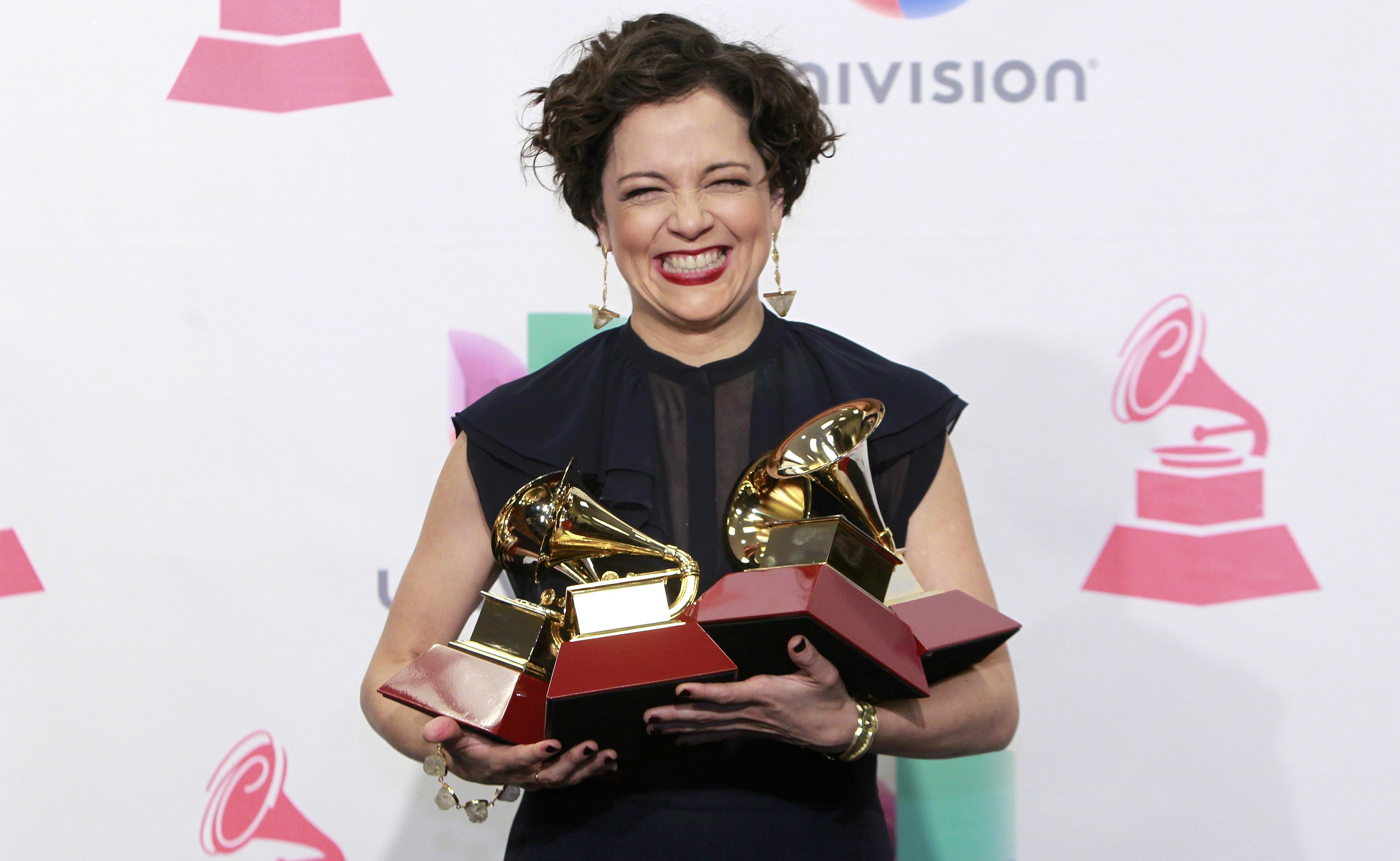 Natalia Lafourcade was the big winner Thursday at the Latin Grammy Awards, making good on four of her five nominations for her album "Hasta la Raiz." But the Mexican singer-songwriter lost out on the top prize, album of the year, which went to Dominican bachata artist Juan Luis Guerra for "Todo Tiene su Hora."

Lafourcade still claimed two of the night's most prestigious awards, song of the year and record of the year for the title track of "Hasta la Raiz."

"My friend, how amazing that we made this disc together," Lafourcade said to her friend and collaborator Leonel Garcia, with whom she shared three nominations as cowriters of the album's title track.

The biggest night in Latin music was presented in Spanish and English and featured a mix of rhythms, from alternative to mariachi.

The Latin Grammy Awards were broadcast live on Univision from the MGM Grand Garden Arena in Las Vegas. For the first time, the telecast also reached viewers in China. Actresses Jacqueline Bracamontes and Roselyn Sanchez hosted the three-hour ceremony.

Lafourcade and Guerra each won two awards before the show even began. Her "Hasta la Raiz" claimed prizes for alternative album and song at the pre-telecast ceremony during which the bulk of the awards are presented. His "Todo Tiene su Hora" won for contemporary tropical album and its track "Tus Besos" was named best tropical song.

Wearing a blue suit and backed by a string section, the Latin Grammys' Person of the Year Roberto Carlos enchanted with a medley of his classics, including "Yo Te Amo" and "Propuesta."

"Thank you all for this love," he said.

Rita Moreno delighted the audience when she busted out some reggaeton dance moves, belying her 84 years.

Things also got political, thanks to rockers Mana and Los Tigres del Norte, who urged fellow Hispanics to get out the vote.

"This is how we can use our power," said Mana vocalist Fher as the group accepted their award for pop/rock album. "We have to exercise our right to vote, and vote for those who will give more quality (of life) to Latinos, to the candidates. Use your strength, Latinos!"

Los Tigres del Norte went further, hoisting a banner at the end of their performance that read, "Latinos united, don't vote for the racists."

Republican presidential candidate Donald Trump drew ire from Hispanics and others when he said Mexican immigrants are rapists who bring drugs into the United States. Univision was among the companies that cut ties with Trump after the remarks.