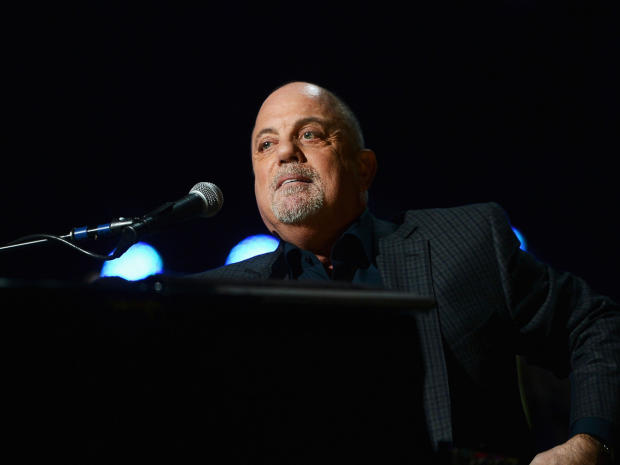 Five high-profile entertainers are about to reach a new milestone on Sunday.

The ceremony has been broadcast on CBS every year since the honors were first given out in 1978.

The honorees are selected each year by the Center's Board of Trustees.

Often described as the highlight event of the D.C. cultural scene, the ceremony puts a spotlight on performers with accomplished careers who've had a strong impact on the arts.

"The Kennedy Center celebrates five extraordinary individuals who have spent their lives elevating the cultural vibrancy of our nation and the world," Kennedy Center Chairman David M. Rubenstein said in a press statement when the honorees were first announced in September.

"Martina Arroyo has dazzled the world with her glorious soprano voice and continues to share her artistry with a new generation of opera singers; Herbie Hancock has established himself as one of the most innovative musicians in the world, constantly breaking musical barriers and redefining the art of jazz; Billy Joel's melodies have provided the soundtrack of our lives for over four decades making him one pop music's most prolific and memorable singers and songwriters; the remarkable breadth and range of Shirley MacLaine's acting has left an indelible impression over a nearly 60-year career on stage and screen; from his legendary performance at Woodstock to his sweep at the 2000 Grammys and beyond, Carlos Santana's artistry transcends genres while entertaining millions."

The five honorees will be in notable company during the ceremony, seated alongside President Obama and First Lady Michelle Obama, as they watch performances and tributes on the stage of the Kennedy Center Opera House. A supper and dance will follow at the Center's Grand Foyer.

Mr. Obama will also greet the honorees at the White House prior to the event.

The familiar rainbow-lined gold medallion honors have already been given out prior to the ceremony. The honorees were awarded them on Saturday night at a State Department dinner hosted by Secretary of State John Kerry.

The Kennedy Center Honors will air for a 36th consecutive year on CBS as a two-hour prime-time special on Sunday, Dec. 29 at 9 p.m. ET.