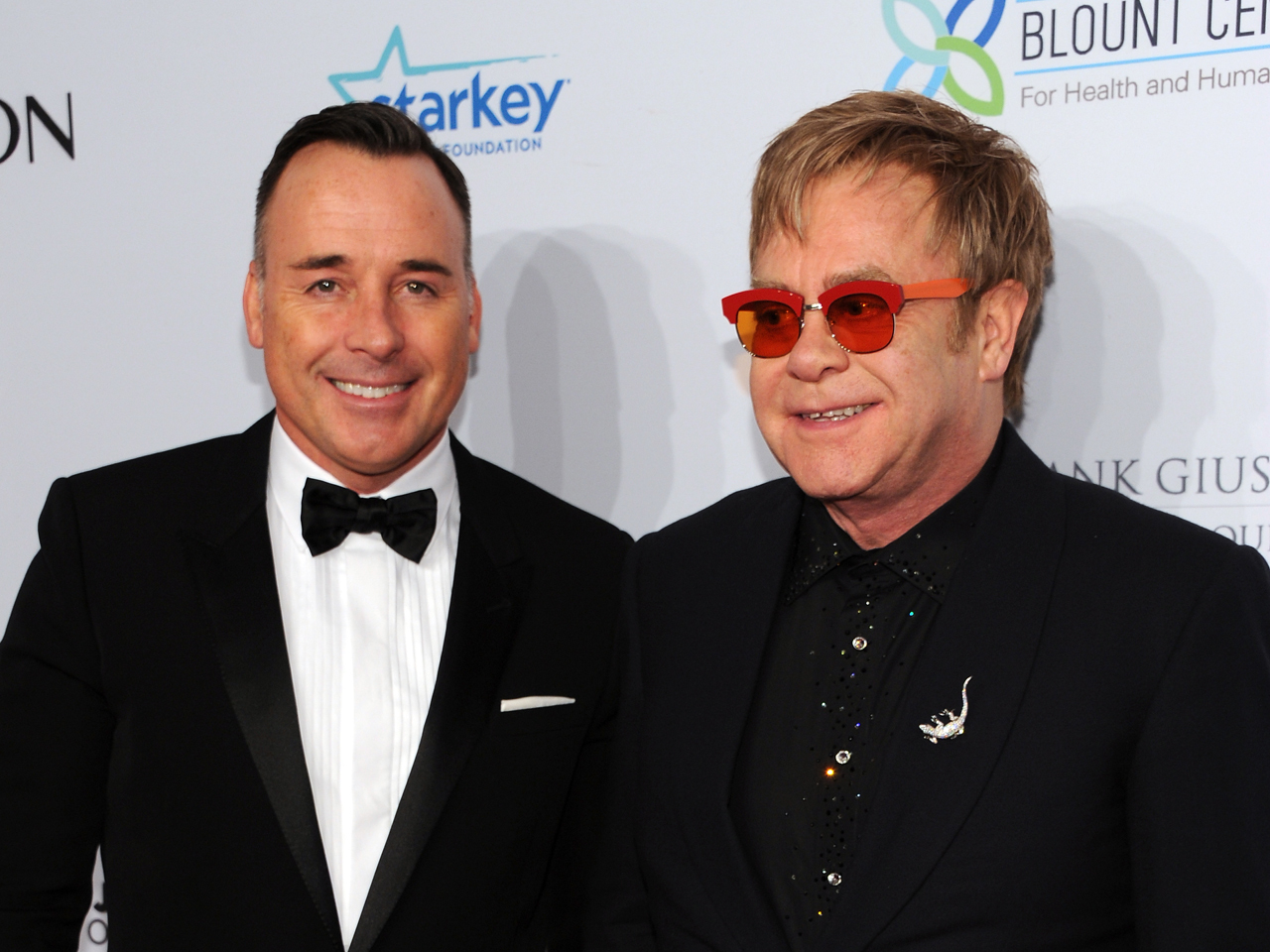 Hillary Clinton was the woman of the night at the Elton John AIDS Foundation's 12th annual Enduring Vision benefit.

The former Secretary of State made an appearance at the charity ball in New York Tuesday night, honored for her support of the LGBTQ community. Clinton was specifically commended for her 2011 speech in Geneva, Switzerland, where she declared that "gay rights are human rights and human rights are gay rights."

Sisters Ann and Nancy Wilson of the rock band Heart performed at the gala, and on the red carpet they told CBSNews.com that they would fully endorse a possible Clinton presidential run in 2016, with lead singer Ann Wilson deeming the veteran politician a "Renaissance woman."

Nancy Wilson said they'll even hit the campaign trail for Clinton, as they've done before, "We've gone out and stumped for her. We do whatever we can. Whenever we can do it. We're just crossing our fingers that she'll run because you know she comes from a really good family. Very presidential family. Out-of-debt-getters and stuff like that."

Clinton also has the endorsement of the event's organizers, Elton John and husband David Furnish, who cited her 2011 Geneva speech as "groundbreaking."

"She's an example of what humanity should be. She is all-encompassing, all-inclusive, fighting for everybody's rights," John said.

The legendary singer compared Clinton's humanitarian efforts to the progress made by his AIDS foundation, now celebrating its 20th year.

Watch video above to see other stars like Billy Joel, Lisa Marie Presley and Susan Lucci at the benefit ball.

More information about the Elton John AIDS Foundation can be found here.