Over the weekend, the government found $200 billion in TARP money and Elin Woods discovered a few more paramours were hanging with husband Tiger. (If that $60 million enhancement to the pre-nup is true, it looks like Elin the scorned will be collecting $6.66M per girlfriend!) 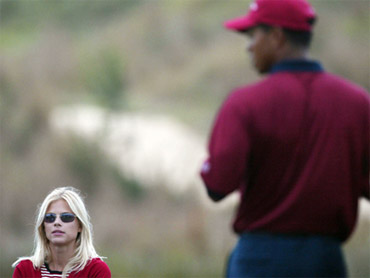 (AP Photo/Lenny Ignelzi)
Treasury says that over the next 10 years TARP will cost $141 billion, down a whopping $200B from the August estimates. (Here's a good breakdown of TARP funds). The windfall is partially attributed to the speedy repayments by some of the larger TARP recipients. No sooner did we learn that we taxpayers are finally catching a break, that the pundits were talking about how to spend it. The latest idea being floated: use the TARP money for a jobs plan, although Tiger Woods is lobbying to have the money go to Elin.

This idea makes me nervous because other than rescuing the financial system from Armageddon, I haven't been too impressed with the Administration's ability to spend money in a focused and results-driven way. Here's a great quote from EconomistMom.com that speaks to my angst:

We can't afford to do stupid deficit-financed spending or tax cuts, because then the short-term (and even longer-term) benefit of the policy can't possibly outweigh the cost of compounded interest. Which means we would be better off not doing it. So just because we may wish we had more jobs in this country, doesn't mean we have an excuse to just throw more money out the door-certainly not when we seem to need the money for so many other things like expanded health care coverage, more troops in Afghanistan, and, oh yeah, saving for the future.

Before Congress starts throwing dollars at job creation, let's hope that there's a sober examination of what parts of the Stimulus have worked, what haven't and the costs of dong nothing vs. doing something. With a little rigor, we might see a substantive plan that aims for success rather than a 2010 campaign slogan.