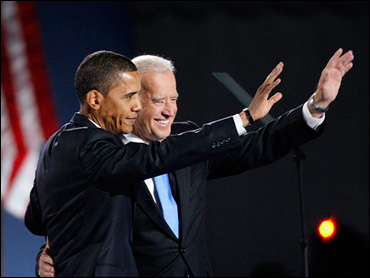 Enthusiasm among blacks and Democrats for Barack Obama's candidacy pushed voter turnout in this year's elections to the highest level in 40 years.

Final figures from nearly every state and the District of Columbia showed that more than 131 million people voted, the most ever for a presidential election. A little more than 122 million voted in 2004.

States finished certifying their election results this weekend, including California on Saturday. The Electoral College was scheduled to elect Mr. Obama president on Monday, with electors meeting in each state to vote in a largely ceremonial procedure.

Turnout increased for the third straight presidential election, encouraging news for those who have warned about voter apathy. Four years ago, 60.1 percent of those eligible voted.

"We seem to have restored the levels of civic engagement that we had in the 1950s and 1960s," McDonald said. "But we didn't break those levels."

Regardless of the method, turnout fell short of many predictions, in part because voters in some Republican areas of the country were not as enthusiastic this year with Sen. John McCain as the party's nominee as they were four years ago when President Bush won a second term.

Mr. Bush's unpopularity after eight years in office, the nation's fatigue with the Iraq war and the worst economic crisis since the Great Depression - coupled with Mr. Obama's message of change - contributed to the increased turnout for Mr. Obama. He was also helped by a surge in black voters, who had the opportunity to elect the first black president.

The number of registered Democrats jumped in many states, helping to propel Mr. Obama to a larger share of the vote than Sen. John Kerry, the 2004 Democratic nominee, in 44 states and the District of Columbia.

Early voting hit a new high, with about 41 million people - or more than 31 percent - voting before Election Day, either by mail or at designated sites, according to returns compiled by The Associated Press. Early voting accounted for 22 percent of the votes cast in 2004.

The Obama campaign invested heavily in early voting, and it appeared to be the difference in several states, though many of those people might have eventually voted on Election Day.

Voter turnout increased substantially in newly competitive states such as Virginia, Indiana and North Carolina, which all went for Mr. Obama after decades of favoring Republican presidential candidates. Turnout also increased in some Republican states with large black populations, such as Mississippi, South Carolina and Georgia.

North Carolina, which had competitive elections for president, governor and Senate, had the biggest increase in turnout, from 57.8 percent in 2004 to 65.8 percent this year.

"I don't know that we did anything different than in other states, but the magnitude was so different," said North Carolina Democratic Chairman Jerry Meek. "We were the only state in the country with a nationally targeted presidential race, gubernatorial race and Senate race."

Minnesota, with a competitive Senate race that still hasn't been decided, had the highest turnout rate, even though it dropped slightly, to 77.8 percent. It was followed by Wisconsin, Maine, New Hampshire and Iowa.

In all, the turnout rate increased in 33 states and the District of Columbia.

Turnout dropped in some states that did not have competitive presidential contests, such as Utah and Oregon. Oregon had been a battleground in previous presidential elections and the state had a competitive Senate race.