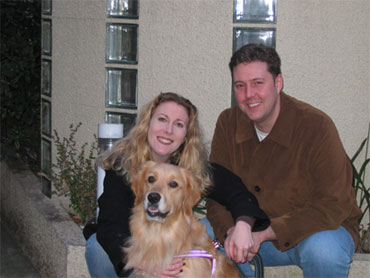 "The Lord of the Rings: The Return of the King" won 11 Oscars Sunday night, tying with "Titanic" and "Ben Hur" for most Oscars ever won by a single film. The movie's honors included the best director trophy for Peter Jackson.

Charlize Theron won the Oscar for her leading role in "Monster," while Sean Penn ("Mystic River") and Sofia Coppola ("Lost in Translation") seemed to please the crowd with their wins for best actor and best original screenplay, respectively.

And Renee Zellweger didn't win last year for her star turn as Roxie Hart in "Chicago," but she took the supporting-actress honor at Sunday's Academy Awards for her performance as a hardy Confederate handywoman in "Cold Mountain." Tim Robbins ("Mystic River") won the Oscar for supporting actor.

Sunday night, he said, "I'm so honored and relieved that the academy and the members of the academy that have supported us have seen past the trolls and the wizards and the hobbits in recognizing fantasy this year."

Composer Howard Shore took his second Oscar for writing "Lord of the Rings" music, having won two years ago on Part 1 of the saga, "The Fellowship of the Ring."

"Into the West," the wistful tune of farewell from "Return of the King," won the best-song Oscar. The song was written by Fran Walsh, the film's co-screenwriter; Howard Shore, its music composer; and Annie Lennox, who sings the tune.

Zellweger won for playing a character in frumpy clothes and a layer of dirt from working the fields, a year after "Cold Mountain" co-star Nicole Kidman received the lead-actress Oscar for wearing a fake nose to simulate Virginia Woolf's plain-Jane features in "The Hours." And best-actress winner Theron, in "Monster," gained 30 pounds and was disguised behind dark contact lenses, false teeth and splotchy makeup.

"I hope it's a trend, meaning interesting parts playing women who are multifaceted and really rich in their journeys. It's what interests me most," Zellweger said backstage. "The more you can change yourself, the more removed the character is from your own experiences, the more rewarding it is."

Robbins won with his first-ever acting nomination, though he had been nominated as best director for 1995's "Dead Man Walking."

"In this movie, I play a victim of abuse and violence," Robbins said. "If you are out there and are a person who has had that tragedy befall you, there is no shame in seeking help and counseling."

Coppola won the original-screenplay prize for her quirky tale of friendship in Tokyo, "Lost in Translation."

French-Canadian filmmaker Denys Arcand's "The Barbarian Invasions," an alternately merry and melancholy story of a dying man's reunion with his estranged son, won the foreign-language honor.

The $340 million blockbuster "Finding Nemo," the story of a clownfish on a mission to rescue his wayward son from a dentist's aquarium, earned the Oscar for animated feature.

"I'm going to be forever grateful to the cast and crew of `Finding Nemo' for giving their incomparable talents to this little fish story I had," said Andrew Stanton, director of "Finding Nemo," the latest film from the makers of "Monsters, Inc." and the "Toy Story" flicks.

Director Errol Morris' "The Fog of War" — a portrait of Robert McNamara, U.S. defense secretary for much of the Vietnam War — won the Oscar for feature-length documentary. Morris compared U.S. military action overseas today with the Vietnam era.

"Forty years ago, this country went down a rabbit hole in Vietnam — millions died," Morris said. "I fear we're going down the rabbit hole once again."

Filmmaker Blake Edwards received an honorary Oscar for lifetime achievement. The ceremony included a spirited montage of clips from Edwards' films, including "The Pink Panther," "Breakfast at Tiffany's" and "Victor/Victoria."

Edwards said: "My mother thanks you, my father thanks you, and the beautiful English broad with the incomparable soprano and promiscuous vocabulary thanks you," the latter a reference to his wife and frequent star, Julie Andrews.

Billy Crystal, returning as host for the first time in four years, opened with his usual montage of nominees, having himself inserted into spoofs of key Oscar contenders, including Diane Keaton's screeching nude scene in "Something's Gotta Give."

He joked that for the first time, the show was being simulcast in Aramaic, a poke at "The Passion of the Christ," Mel Gibson's divisive religious film that took in $117.5 million in its first five days. The movie was done in Aramaic and Latin, with English subtitles.

Crystal said that the first time he hosted the Oscars 13 years ago, things were different from today: "Bush was president, the economy was tanking and we'd just finished a war with Iraq."

With all the awards for "Return of the King," produced in New Zealand, Crystal joked: "It's now official. There is nobody left in New Zealand to thank."

The Oscars returned to full-glamour mode after two years in which Hollywood's prom night was muted by world events — the aftermath of the Sept. 11 attacks in 2002 and the Iraq war in 2003.

With the passage of time, the Academy of Motion Picture Arts and Sciences figured it was safe to make merry again for the 76th annual Oscars.

The best-picture win was the first ever for the fantasy genre, generally overlooked by Oscar voters who favor heavy drama over otherworldly stories. Only a handful of fantasy or science-fiction tales have earned best-picture nominations, among them "The Wizard of Oz," "Star Wars," "E.T. the Extra-Terrestrial" and the first two "Lord of the Rings" installments, "The Fellowship of the Ring" and "The Two Towers."

While "Return of the King" scooped up technical awards, it was shut out in the acting categories, which the film's Oscar-winning costumer designers lamented backstage.

"It's a sad day they haven't been recognized, but they do know themselves they have done a beautiful performance that people will cherish for generations potentially," said Richard Taylor, who shared the costume-design Oscar with Ngila Dickson.