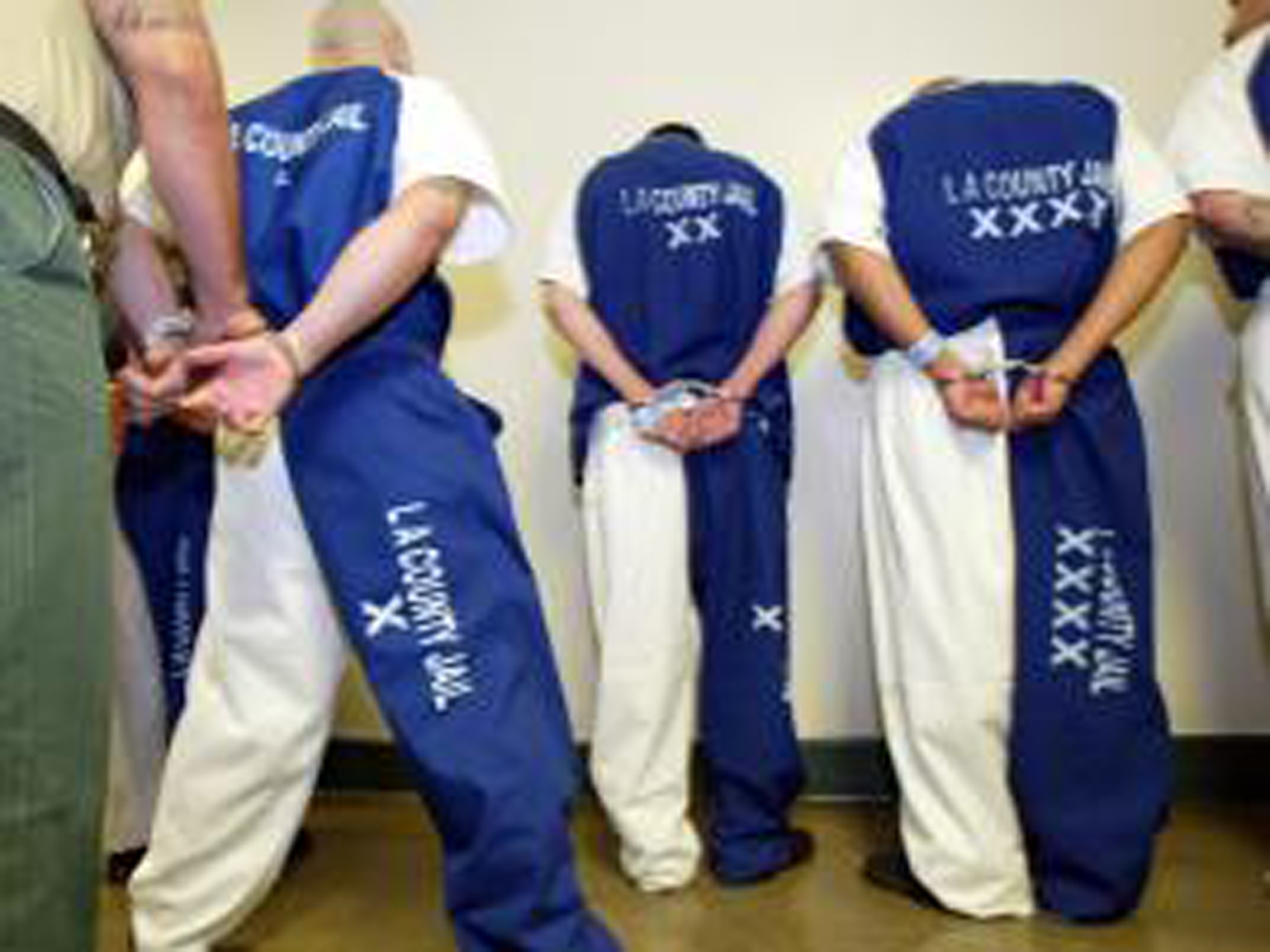 The charges were announced at a press conference after 16 of 18 defendants were arrested earlier in the day. They were expected to be arraigned later in U.S. District Court.

"These incidents did not take place in a vacuum - in fact, they demonstrated behavior that had become institutionalized," said U.S. Attorney Andre Birotte Jr. "The pattern of activity alleged in the obstruction of justice case shows how some members of the Sheriff's Department considered themselves to be above the law."

Four grand jury indictments and a criminal complaint allege unjustified beatings of jail inmates and visitors at downtown Los Angeles jail facilities, unjustified detentions and a conspiracy to obstruct a federal investigation into misconduct at the Men's Central Jail.

The FBI has been investigating allegations of excessive force and other misconduct at the county's jails since at least 2011. The official said the arrests were related to the abuse of individuals in the jail system and also allegations that sheriff's officials moved an FBI informant in the jails possibly to thwart their probe.

"We've cooperated fully with the FBI in their investigation and we'll continue to do so," Whitmore said.

One federal indictment filed Nov. 20 named seven deputies charged with conspiracy and obstruction of justice. It is unclear from the indictment whether they are currently employed by the department.

Among those charged with conspiracy and obstruction of justice in the 18-page indictment are two lieutenants, one of whom oversaw the department's safe jails program and another who investigated allegations of local crimes committed by sheriff's personnel, two sergeants and three deputies.

All seven are accused of trying to prevent the FBI from contacting or interviewing an inmate who was helping federal agents in a corruption and civil rights probe. One of the investigations involved trying to see if a deputy would accept a bribe to provide the inmate with a cell phone, court documents show.

The indictment alleges the inmate was moved to hide him and false entries were made in the sheriff's databases to make it appear as if he had been released.

In an attempt to find out more information about the investigation, one lieutenant and the two sergeants sought a court order to compel the FBI to provide documents, prosecutors said. When a state judge denied the proposed order, the two sergeants allegedly attempted to intimidate one of the lead FBI agents outside her house and falsely told her they were going to seek a warrant for her arrest, the indictment said.

Baca has acknowledged mistakes to a county commission reviewing reports of brutality, but he has also defended his department and distanced himself personally from the allegations.

He said he's made improvements including creating a database to track inmate complaints. Baca has also hired a new head of custody and rearranged his command staff.

Retired sheriff's Cmdr. Bob Olmsted, who is challenging Baca for the voter-elected position of sheriff in 2014, said in a statement Monday that the arrests "underscore the high level of corruption that has plagued the Sheriff's Department."

He said as a commander he tried "several times" to notify the sheriff and his command staff about "ongoing abuses and misconduct" in Men's Central Jail, but his "concerns fell on deaf ears."

"I knew I had to act, and as a result, I notified the FBI of the department's culture and acceptance of excessive force, inmate abuse, sheriff's gangs, and corruption," Olmsted said.

The American Civil Liberties Union sued the Sheriff's Department in 2012 claiming the sheriff and his top commanders had condoned violence against inmates. The organization released a report documenting more than 70 cases of misconduct by deputies.

Last month the county announced the appointment of veteran Los Angeles County prosecutor Max Huntsman to head a new office of inspector general that will oversee the Sheriff's Department.

The county's jails held more than 18,700 inmates as of Monday.