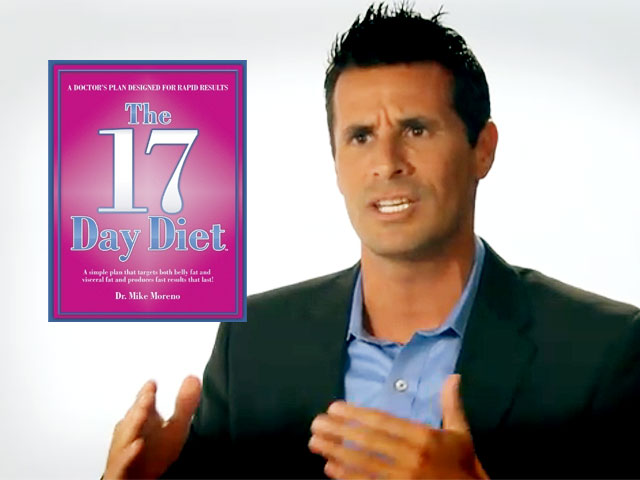 Well the "17 Day Diet," which seems to mix numerology with calorie restriction, says you can. And lots of television shows, including "Dr. Phil," "The Doctors" and "Good Morning America" seem to have bought in.

The plan has four food cycles of 17 days each. It also recommends walking 17 minutes a day and we assume lots of other totally normal activities that are somehow enhanced with the number 17.

Why is 17 the magic number?

Dr. Michael Moreno, the diet's creator, claims changing the routine every 17 days prevents the body from getting used to the diet and avoids the dreaded dieter's plateau.

"There's scientific evidence that has been researched, Moreno told Dr. Phil. "We call it metabolic or body confusion."

But some experts wonder what research he has been studying.

"His theory of cutting calories and exercise will help you lose weight, but there is no proof that metabolism mixing will help," registered dietitian Marisa Sherry tells CBS News.

Sherry also questioned some of the diet's other quirky rules, like no carbs or fruit after 2 p.m. "There's no proof that after certain times of day your body loses the ability to digest carbohydrates," she says.

How about the diet's shock and awe strategy of pushing you to lose 10 to 15 pounds in the first 17 days by eating just 1,200 calories a day?

"You are cleansing your body of the unhealthy foods you have been eating," says Sherry. "But if you are not consuming enough calories to meet your resting metabolic needs, then you are in starvation mode which actually slows your metabolism."

Moreno admits much of the weight lost in the first cycle is water weight. Cycle 2 of the diet adds more calories and exercise and promises to help you drop another five to six pounds. Cycle 3 adds more healthy food choices and cycle 4 is a maintenance program to help you keep off the weight you have lost.

Whatever the science, lots of people seem to be losing lots of weight. And a small movement of testimonial videos on Youtube has emerged.

"Cut your calories and increase your exercise, that's how it's done," she says. "If you can get away from the rules that aren't based on science, it should work just fine."