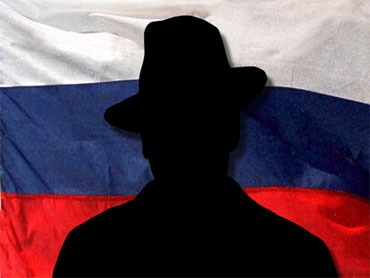 A man wanted by the FBI for his role in a Russian spy ring working within the United States was arrested Tuesday morning on the island of Cyrpus and then released on bail.

On Monday the Justice Department announced it had made ten arrests and was seeking Metsos.

Metsos, a Canadian citizen, was reported arrested as he tried to fly out of Cyprus's Larnaca International Airport for Budapest, Hungary.

He was released on €20,000 ($24,700) bail upon surrendering his travel documents. He was ordered to report to the police station daily for one month until extradition hearings begin,

Ten people, who have lived for years in various neighborhoods around New York, Washington, and Boston, have been rounded up and charged as Russian spies.

Criminal charges unsealed Monday say the ten plus Metsos are part of a network of Russian agents, sent to the U.S. with instructions "to search and develop ties in policymaking circles ... and send intels (intelligence reports) back to Moscow," reports CBS News Justice Department correspondent Bob Orr.

For more than a decade, the FBI followed the suspects, using phone taps, bugs and surveillance cameras to document what prosecutors say were repeated contacts with Russian handlers.

Some of the alleged spy tradecraft was high-tech, with secret messages encrypted inside pictures on publicly-available websites, and others sent in scrambled radio transmissions. Money and information was often passed in personal meetings, with the suspects and their handlers speaking in code.

In one of the more bizarre episodes described in the court documents, money intended for the Russian agents was buried in a New York field and only retrieved by them two years later.

A secret Russian agent identified as Christopher Metsos was surreptitiously handed the money by a Russian official as the two swapped nearly identical orange bags while passing each other on a staircase at a commuter train station in New York.

After giving some of the money to one of the defendants, Metsos drove north and stopped his car near Wurtsboro, N.Y. Using data from a GPS system that had been secretly installed in his car, agents went to the site and found a partially-buried brown beer bottle. They dug down about five inches and discovered a package wrapped in duct tape, which they photographed and then reburied.

Russian Foreign Minister Sergey Lavrov, asked at a press conference in Jerusalem about the spy case, said he hadn't received "explanations on what this is about."

"I'm waiting for these explanations," he said through an interpreter. "What I can say now is that the timing of this announcement was most elegant."