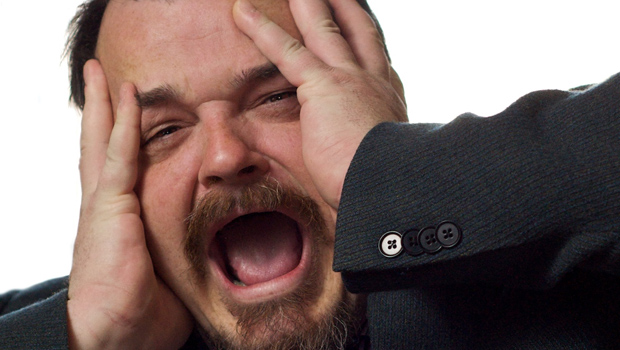 (MoneyWatch) Once upon a time and about two jobs ago, one of my colleagues who was so officious that she carried around three clipboards to make sure that she was getting on everybody's nerves, constantly used the expression "going forward." She usually said it after you made a minor mistake that she deemed outrageous, like filling out a purchase order incorrectly or routing a file to the wrong person. At the end of a long chastising lecture, she would announce, "Going forward, you should blah blah, blah." For some reason, it grated. "Why can't she say 'in future?'" I used to grumble.

Such office jargon is pretty annoying, and it's an assault on the ears even to hear it. Some frustrated employees have taken to playing "Buzzword Bingo," during meetings, using cards with expressions like "outside the box" or "on the same page." Fortunately, such jargon goes out of style pretty quickly. I haven't heard "going forward" in years. On the flip side, old expressions are almost immediately replaced by new, even more irritating ones.

Fortunately for all cubicle rats, staffing firm Accountemps periodically surveys executives to find out what they deem the most annoying and overused office cliches. Here are a few of the outstanding results.

Leverage. Deployment of an insufficient amount of something to do that which was previously done with much more. Example: "After the layoffs, we can leverage our staff of three to cover the entire Eastern seaboard."

Reach out. Deliver the bad news. Example: "Reach out to the customers with a letter announcing that their interest rate just doubled."

Viral. So prevalent that you want to barf when you hear about it. Example: "Twitter has gone viral."

Game changer. A catalyst that will transform a frog into a prince or vice-versa. Example: "Getting indicted for fraud was a game changer for Bernie Madoff."

Disconnect. A situation in which you wanted jelly, but someone gave you peanut butter. Example: "There is a disconnect between what the consumer wants and what we intend to provide."

Value-add. A gain, usually financial. Example: "She refuses to donate to charity unless she sees some value-add, say, eternal salvation."

Circle back. See you again and again and again whether or not you want to be seen. Example: "I'm having cocktails with Mervin, but I will circle back around midnight to see if you've finished the Implebottom Report" or "The stalker abided by the court's restraining order but then circled back to hang out by my garbage can."

Socialize: Jam the idea down their throats. Example: "We need to socialize to our patients our practice of closing the doctor's office every day for two hours at lunch." In other words, "Call 911."

Cutting edge: So modern, it's to die for. Example: "Sleeperama's cutting-edge mattress will take the country by storm."

I was going to try to leverage all of the above to produce an essay, but I was afraid that in the effort, I would want to take a cutting edge to my throat. Anyway, word to the wise: Now that these expressions have been officially identified as irritating jargon, you might want to give them up. Unless your boss is planning to circle back to reach out to interface and socialize to your value-add. What can I tell you? It is what it is.