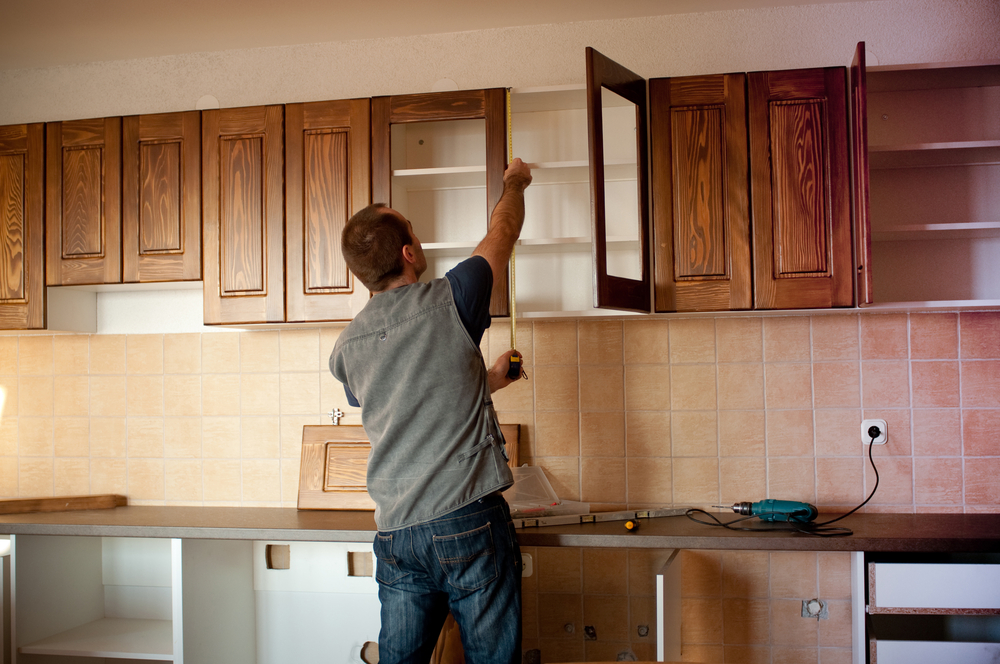 (MoneyWatch) Remodeling a home is more stressful for many people than buying one, according to a new survey.

A whopping 85 percent of homeowners say remodeling is stressful, which edges out the number who say taking out a mortgage is stressful by 5 percent, according to a Harris Interactive study commissioned by Bolster, a New York-based company that offers remodeling insurance in the state.

Budget woes, problems with contractors and even relationship issues plague homeowners looking to remodel. Nearly half of remodelers went over budget. With that much money at risk, and that level of disruption to your home, no wonder remodeling is the most stressful thing a homeowner can do.

Don’t make it any harder than it has to be by making these stress-inducing mistakes:

1. Not understanding your project

“The first thing a homeowner can do in their favor is understand their own project as much as possible,” said Bolster founder and CEO Fraser Patterson, who has been a contractor for 12 years. “Learn as much about what they need and lay that in a brief 'scope of work' that gives as much detail as possible before going out to contractors.”

This isn’t just about fixtures and finishes (though those are important too) -- it’s about understanding all the invisible work that might be involved as well. If you want an overhead light where there currently isn't one, for instance, you will need new wiring behind the walls.

2. Remodeling without a budget

Thirty-seven percent of remodelers don’t set a budget for the work they want done, according to the survey, but that’s a surefire way to stress yourself out both during and after the remodel. Whether you start with the vision and add up costs or remodel according to what you can afford, “whatever you think it is early on, you can almost double it,” Patterson said.

You probably have expectations for your contractor, but what about for yourself, your spouse and your family? Frederic Medway, a professor of psychology at the University of South Carolina, recommends talking through everyone’s role, their responsibilities and the expectations you have for each other during the remodeling process, as well as for the project as a whole. Thorough communication helps things go smoothly, but revisit this conversation as time goes on.

4. Waiting until the last minute to make detailed decisions

This is about fixtures and finishes. You want to avoid being forced to make a decision overnight on the tile you’re going to stare at for the next decade, so think the details through ahead of time.

“In carpentry they say, ‘You measure twice and you cut once,’” Patterson said. “I think that applies to a project as a whole. Make all the decisions in advance and execute it or you can go hugely over budget.”

You’re also less likely to regret a well-thought out decision than one that is made in a time crunch.

5. Not getting true apples-to apples comparison

The National Association of the Remodeling Industry recommends getting three bids from contractors as a rule of thumb, so start there. But when they come in, they won’t be the same, making comparing them difficult, if not impossible.

“Different contractors are bidding on different things, so there’s no real way to establish if you’re getting value or not,” Patterson said. “Be as specific as possible -- try and compare like for like. The devil really is in the details in remodeling projects.”

When your bids come in, take all their comments and compare the offers. Then go back to the first contractor with the comments from the next two in order to rectify all three bids, and so on. Your goal is to get all three bids to include a very similar scope of work.

6. Letting your contractor worry about money

Remodeling can be stressful for contractors, too. Nearly 20 percent of remodelers said they have withheld payments on such projects, and not getting paid is one of the contractors’ biggest fears. Consider handing them a sanitized bank statement proving you have the funds to cover the project.

“Alleviating the concerns of the contractor is good way to get them to be motivated and marshal their resources,” Patterson said.

7. Not getting a fixed-price contract

When it comes to home improvement projects, you want fewer surprises and changes, not more. A fixed-price contract binds your contractor to the deal you made, rather than the more loosely constructed "time plus materials" agreement. You may have to make changes along the way, either because you changed your mind or the contractor encountered an unexpected problem, but even these are concrete.

8. Only vetting a contractor’s clients

“Very often you’ll vet the contractor by asking for previous work and previous clients, but you should also talk to their subcontractors and suppliers, and very few people do that,” Patterson said. “It’s very telling information.”

Medway recommends finding out what is going to happen during the remodeling project and sitting down as a family to plan ahead. That means talking to your contractor about process, timing and disruption to your regular activities and communicating that with everyone involved.

10. Not preparing for the unexpected

Have contractors lay out exactly where they think plans can go awry. What problems are they likely to find? What kind of work changes have they encountered on similar projects? What could go wrong?

Also prepare financially. The remodeling association recommends setting aside an extra 10 percent over the contract price to account for costs coming in higher than expected.