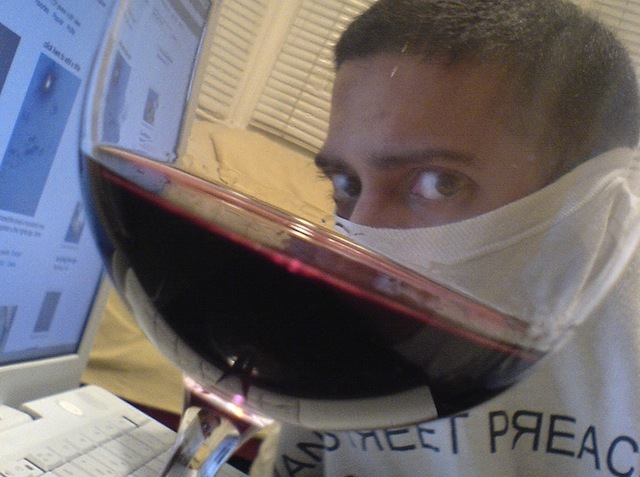 COMMENTARY The problem with career advice is that most of the people who give it shouldn't. This is not a theoretical argument. Most of what I read is either so generic it's obvious or so narrow it's irrelevant. And it's usually self-serving, meaning someone's trying to sell you something.

What makes my brand of career advice so special? I'm not saying it is. That's your call to make. All I know is I lived what I write about. It all comes from experience -- and lots of it. And I'm not selling anything. Maybe that should be a prerequisite for giving advice. Just a thought.

After decades of managing my own career and guiding other's, there's one really important thing you need to understand about your career: there are good mistakes and bad ones. There are some mistakes you should make because you'll learn from them. Unfortunately, that's the type most people write about.

For example: Hitting "reply all" on an email and sending something to someone you shouldn't. Or taking your time with something your boss wants right away. Those are mistakes you make once and never again. You learn from them and move on. They're not career-limiting.

Then there are mistakes that you should avoid like the plague because they are career limiting. They'll forever keep you from fulfilling your potential. They'll make you regretful, bitter, resentful and miserable. This post is about those types of mistakes. Here are my top 10 career-limiting mistakes to avoid:

Sticking with a loser company. Companies are like airplanes; you're not the pilot and you didn't design or build the plane. You just go where it goes. All too often, that's nowhere. You get complacent and, next thing you know, your career has flatlined and your time has run out. You need to think of employers as business opportunities; you want as many as possible to be winners.

Not asking tough questions. When I was a young engineer, I got a mediocre review. I was upset, so I asked my boss and then his boss why. Finally, I was told that nobody knew what I was working on. So I made it my mission to work on high visibility programs that were of great importance to management. That was the key that unlocked all sorts of opportunities. Who knew?

Not putting yourself out there. The vast majority of people find a comfort zone and settle in there. They don't aggressively manage their careers. That's fine, as long as you don't mind waking up 10 years later in the same job. If you want to get ahead, you need to network, schmooze and open yourself up to opportunities.

Trusting that your employer will take care of you. There are so many things wrong with that sentence. Don't trust your career to anyone but you. Your employer most likely sees you as an expendable, replaceable, at-will worker. You know, trust is built on two things in corporate America: a pattern of behavior and legal agreements. And I wouldn't trust the former without the latter.

Thinking you're entitled to more. You're entitled to what you earn. No more, no less. If you expect more than you work for and deserve, you'll get nowhere and end up blaming everyone but the one person who could have done something about it: you. That's just how it is, like it or not.

What's the one thing limiting your success?Irreverent career advice for up-and-comers

Not taking enough risks. No risk, no reward. The only real risk is not taking any. The poet Robert Browning said, "A man's reach should exceed his grasp." Pick your phrase and own it. You need to take risks. And if you take more when you're younger, you won't have to take so many when you're older.

Making work about you. Business is about business; it's not about you. It's not about what you want, what you like, what you think of your boss or your coworkers, or even your principles. If you don't like where you are and what you're doing, quit and go somewhere else. It's a free country. Or start your own business. Then you can do whatever you want.

Thinking it's not about the money. It's absolutely true that you should do what you're passionate about; that is the best way to achieve success. Just don't make believe money doesn't count. In Facebook's IPO filing, CEO Mark Zuckerberg talks a lot about the company's social mission, but he didn't end up with 28 percent of the stock after all those rounds of funding by ignoring the money.

Getting stuck behind a "going-nowhere" boss. Maybe your boss doesn't like you. Maybe he's a loser, his boss is a loser, or the whole division is going nowhere. Whatever the reason, don't waste years trapped in a cubicle cage by a loser boss. Find another job where you've got a chance of going somewhere.

Being too impatient. When you're reasonably certain the writing's on the wall and it's time for a change, do it. Otherwise, don't get impatient and expect everything to happen all at once. Success is like a stock market chart. It goes up and down but, over time, the trajectory is hopefully up and to the right. Life is long and so is your career. It's a long distance run, not a sprint. Mixed metaphors, I know, but they're true, nonetheless.