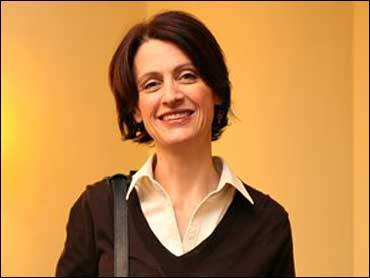 Renee Weese has reached an enviable goal — she's become a millionaire. But like many others whose net worth has risen in recent years to seven figures, she doesn't feel particularly wealthy.

Not that long ago, the word "millionaire" conjured up visions of chauffeured limousines and extravagant shopping trips and elegant yachts. These days, a millionaire is more likely to be the guy or gal next door who saved carefully — and perhaps benefited from the sharp run-up in housing prices — but still worries about covering the exploding costs of children's educations, caring for aging parents and funding their own retirements.

Weese, 51, of Atlanta, credits her good financial fortune to good-paying jobs and windfalls when her startup insurance company went public and, later, when it was taken over by a bigger insurer. Still, Weese worries about how far the money will go.

As she puts it: "I know I have more money than a lot of people do. But I don't feel I can sit back on my heels. I have lots of years ahead of me, and elderly parents I help financially a bit, and kids and grandkids."

To people living paycheck to paycheck or who haven't saved much — which is the bulk of the U.S. population — a million dollars seems very far out of reach. But a growing number of Americans are accumulating that amount and more. According to research from Merrill Lynch & Co. and the consulting firm Capgemini, some 2.9 million people in the United States and Canada have net worths of $1 million. The New York-based companies count all of an individual's financial assets except a primary residence.

Atlanta financial adviser Micah Porter, who has worked with Weese, estimated that about 70 percent of the wealthy clients his Minerva Planning Group sees have earned their money by building successful businesses or saving from their salaries. The others inherited all or part of their wealth.

But having that much money doesn't necessarily mean their financial concerns are over. He said a big worry is how long the money will last because "they've become used to a certain standard of living that may be difficult to support" when they stop working.

And the fact is, $1 million doesn't go as far these days as it used to. For one thing, it's vulnerable to inflation — someone who bought $1 million worth of goods in 1957 would need $7.3 million to buy the same goods today, according to Federal Reserve figures.

It's also vulnerable to longevity. Americans are living much longer than they used to, and that means they need larger nest eggs to get them through retirement.

Interestingly, it is workers' focus on saving for their retirement that leads Dan Sontag, an executive in the global private client division of Merrill Lynch, to predict that a growing number of Americans will achieve the million dollar milestone.

He notes that many baby boomers — those born between 1946 and 1964 — have been contributing to company-sponsored 401(k) retirement plans and similar employer-backed programs for 25 years "and those account balances have mushroomed."

In addition, many of these people also own homes that appreciated greatly in the boom market of recent years.

"I think if boomers look at the numbers, between your 401(k) and your home equity, you may be a millionaire — or pretty close," he said.

But Sontag also understands that those who accumulate that kind of money may not feel as if they've arrived on Easy Street.

"Your father and my father had a guaranteed income stream from pensions," he said. "But today's retirees aren't guaranteed the income flow. They guaranteed a block of assets that they have to create the income against." That leads to uncertainty, he says.

Two baby boomer who recently hit the $1 million mark are Liz Pulliam Weston, 44, a personal finance expert, and her husband Will, 53, a professor at the Art Center College of Design in Pasadena, Calif. As she put it in a recent column on MSN.com, "the day my husband and I became millionaires was a lot like any other day."

In fact, she said in an interview, she was updating her computer software and "like when a car's odometer rolls over, our net worth totaled out to seven figures."

Weston described the milestone as "feeling neat," but she also drew several practical lessons from it:

But David Bach, author of "The Automatic Millionaire" and other financial advice books, points out that "99 percent of Americans don't have a million dollars — and to them, a million dollars is a fortune." To the millions around the world who live on $1 a day or less, "it's unfathomable."

His concern is that setting people up to think they can't have a good life or a comfortable retirement without that kind of money is counterproductive.

So while Bach believes $1 million is an achievable goal, especially for those who save persistently, he also believes it shouldn't be the only goal that's held out.

How to apply for student loan forgiveness

The world's wealthiest person: How did Elon Musk get so rich?
Thanks for reading CBS NEWS.
Create your free account or log in
for more features.
View CBS News In
CBS News App Open
Chrome Safari Continue
Be the first to know
Get browser notifications for breaking news, live events, and exclusive reporting.