PEMBROKE PINES (CBSMiami) – A young boy in an SUV struck by a small plane that crashed just outside North Perry Airport on Monday afternoon has died in the hospital.

According to a Pembroke Pines Fire Department spokesperson, the crash took place in the area of SW 72 Avenue and 12 Street.

CBS4 News obtained Ring video of the crash from Anabel Fernandez, who lives directly across the street.

The video shows the car driving down the residential road when the plane drops out of the sky and slams into it. The plane then careens into the airport fence and explodes into a ball of flames.

The spilled fuel from the crash burns and stretches across the road. 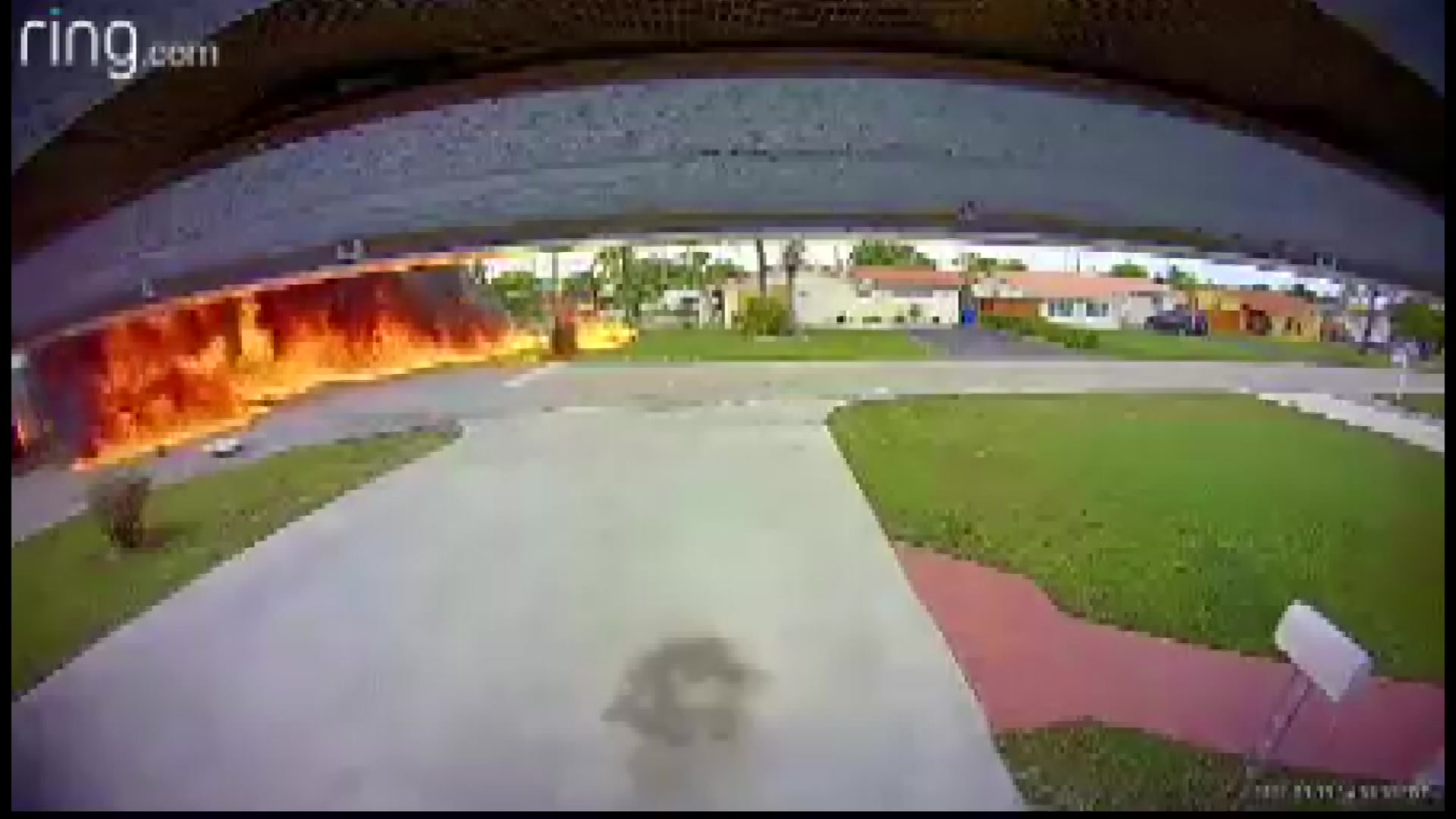 "We heard like a bomb, like a tremendous noise and everything was on fire and it dived into a car," said Anabel Fernandez. "I live right here. I walk with my babies every day. The plane could have got us all. I am in shock."

In video from Chopper 4, fire rescue crews could be seen spraying foam on the burned wreckage of the plane.

It's not known what caused the crash but the Pembroke Pines Fire Department spokesman said possible engine trouble was reported.

The two people on board the plane died at the scene. Their identities have not been released.

A woman and child were inside the SUV were trapped. After being extricated, both were transported to Memorial Regional Hospital in Hollywood.

According to Pembroke Pines Fire Chief Marcelino Rodriguez, the boy did not make it.

The FAA and National Transportation Safety Board will investigate. The NTSB will be in charge of the investigation and will provide additional updates.

Pembroke Pines police says SW 72 Avenue, between SW 11 Street and SW 15 Street, will be shut down overnight while the NTSB investigates.