According to police, just after 2 a.m. officers patrolling in the area of SW 103rd Street and Kendall Drive spotted what they deemed a suspicious vehicle at the Nob Hill West Apartment complex.  Police had beefed up their patrols in this area because of a rash of burglaries and car thefts.

A check of the vehicle came back that it had been reported stolen. As the Honda headed toward the exit, officers yelled for the driver to stop.  According to police, the driver then sped up and toward police. 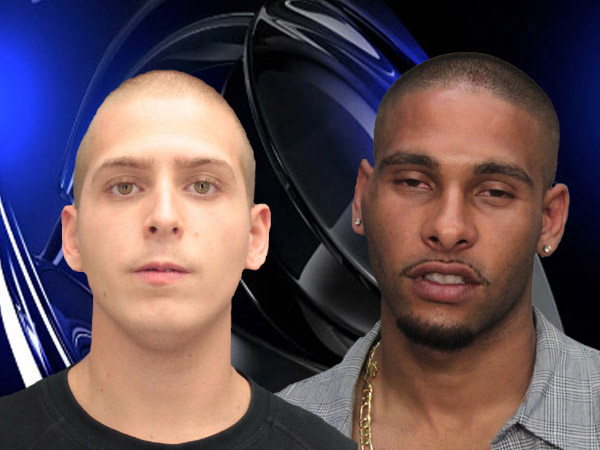 "The officers were in uniform, they gave loud verbal commands for them to stop, they heard the vehicle accelerate and they had not choice but to fire on the vehicle," said police spokesman Javier Baez.

Two people in the car were struck by bullets; they've been identified as 22-year old Michael Membrides and 19-year old Ricardo Noa.

"I did hear like five gunshots," said Aurora Buca.

Buca said she was awakened by the gunfire and was later pleased to learn that police had made several arrests.

The driver made it to SW 117th Avenue where he stopped in the parking lot of a Pollo Tropical.

Membrides and Noa were airlifted to the Ryder Trauma Center where they are stable.  A third person in the car, 23-year old Marcos Acosta Quirch, was taken into custody.

Buca said her Honda Civic was stolen from the apartment complex a little more than a month ago along with several other Hondas.

"We got our car stolen, so hopefully we're going to talk to the cops to see if it's the same people," said Buca.