MIAMI (CBSMiami) - A teen with ties to South Florida is expected to go before a judge on Friday after being arrested for threatening a mass shooting at a Daytona Beach university.

Daytona Beach Police Chief Jakari Young said Hagins was speaking with two other Embry-Riddle Aeronautical University students on Snapchat when he sent disturbing messages about a desire to "enact a Columbine," a reference to the infamous 1999 mass shooting at Columbine High School in Colorado.

"By the grace of God, those two students came forward and thwarted that plan," Young said.

Hagins was arrested Thursday morning outside his apartment, which is just three and a half miles away from Embry–Riddle. 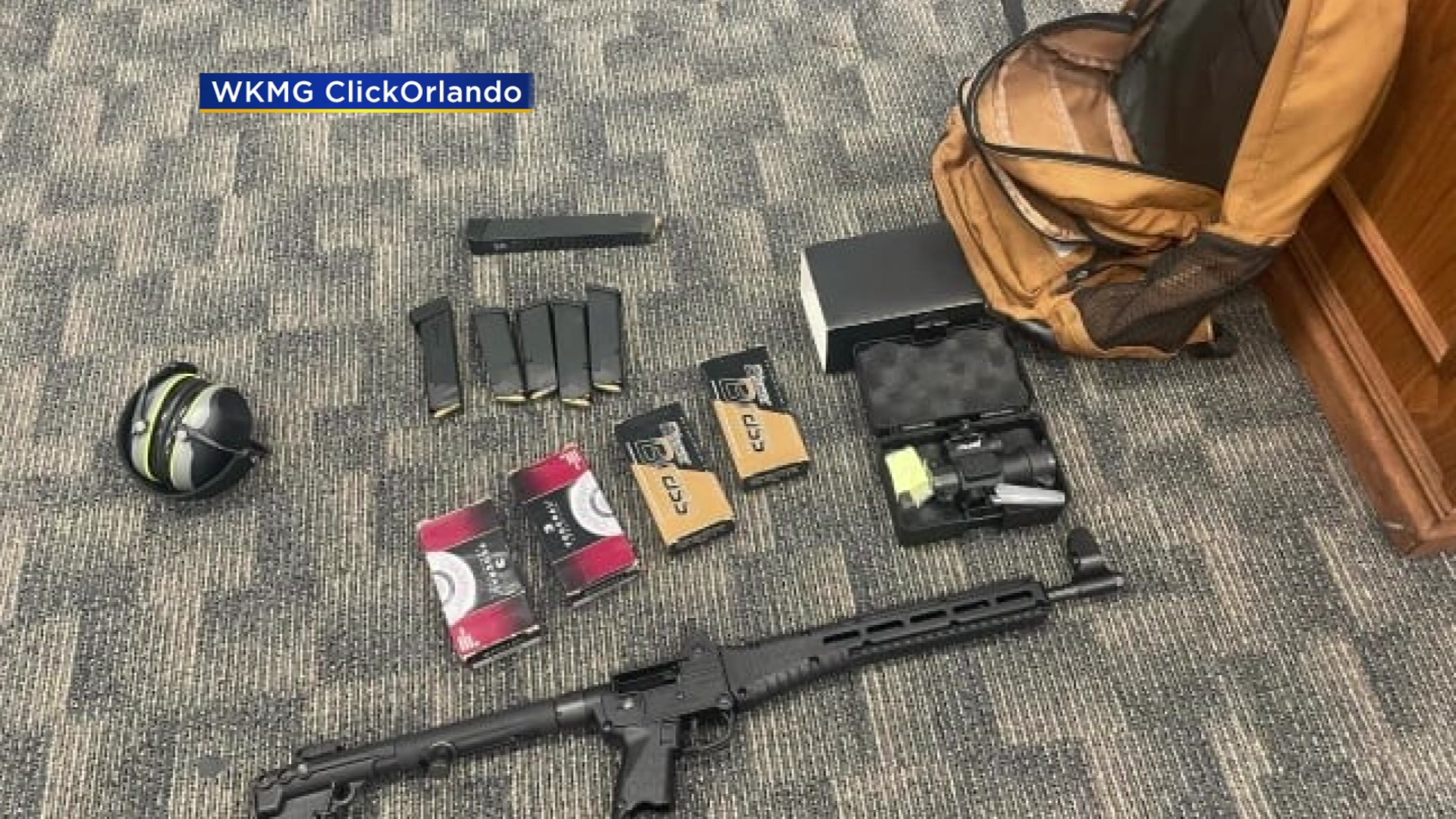 Police identified the rifle as a Kel Tec SUB2000. The chief also showed that there were several rounds of 9mm ammunition inside the backpack, along with six magazines, a scope, and ear protection.

Young said Hagins had planned to head to a gun range prior to heading to Embry-Riddle.

"He has already confessed to making these statements (on social media). He has confessed to it. He may want to claim that it was all a joke, and he wasn't serious about it. But we don't find anything funny about discussing a mass shooting on a campus," Young said.

The chief also pointed out that Thursday was the last day before winter break.

"This was all a part of the plan because today the campus will be packed because everybody has to be there to take their final exam," Young said.

Hagins has no criminal record but he was on academic probation and was in danger of failing his classes.