HAULOVER INLET (CBSMiami) – Sharks are a common sight off the coast of Haulover Inlet north of Miami Beach and Wednesday morning, Chopper 4 spotted a large shark in the water very close to a kayaker, paddle boarder and a group of manatees.

The video from Chopper 4 shows four manatees in some shallow water with a kayaker and a paddle boarder checking them out. 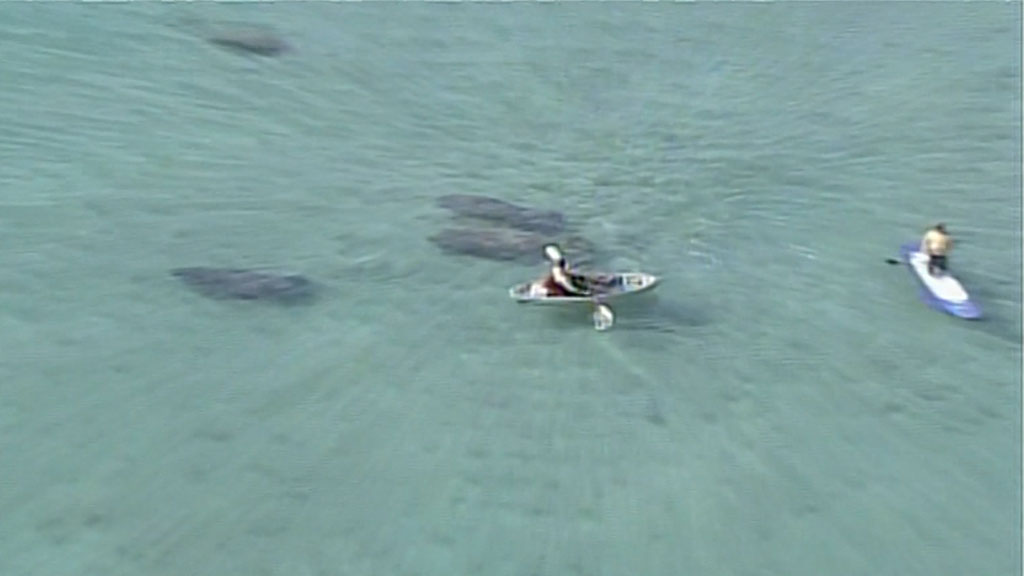 But not far away, the aerial view shows a large shark, about 8 or 9 feet in length, in the crystal clear water meandering towards them.

It's not known if the water enthusiasts even knew how close the shark was, or what type of shark it was although it appears to a blacktip shark.

WATCH VIDEO OF THE SHARK OFF HAULOVER INLET

Blacktip sharks are common in this area however they are not known for attacking people.

In Florida, you're 30 times more likely to be the victim of a lightning strike than of being attacked by any kind of shark.