U.S. prosecutors unsealed their indictment Monday which alleges he operated a sex trafficking ring where he paid girls as young as 14 to have sex with him at his homes in Manhattan and Palm Beach. 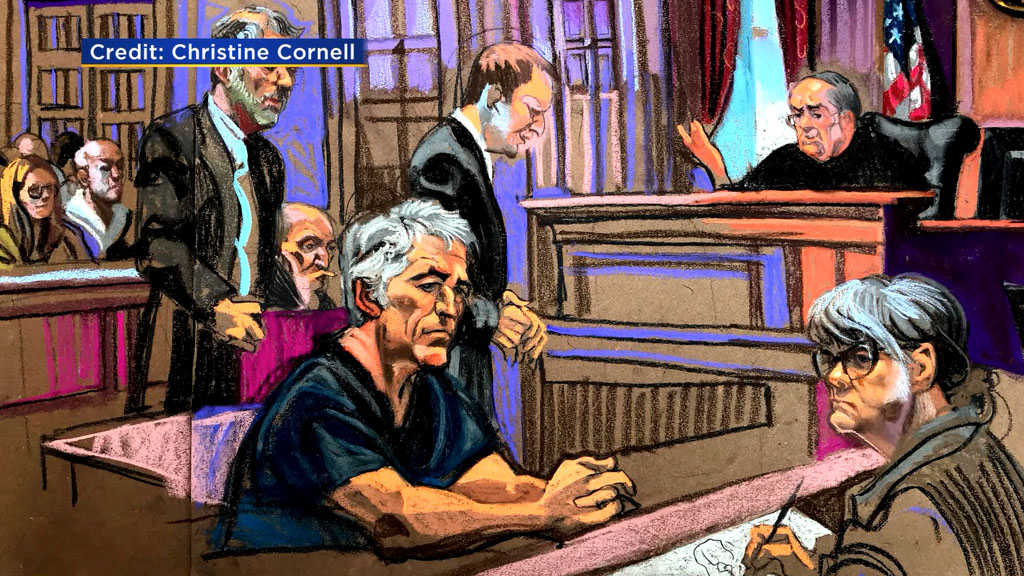 The well-connected Epstein has been in custody since Saturday and pled not guilty Monday in federal court.

Former President Bill Clinton had ties to Epstein in the mid-2000's and reportedly took more than two dozen trips on Epstein's private jet between 2001-2003.

There were also ties to Prince Andrew and Ehud Barak, the former Prime Minister of Israel.

Another high-profile friend was then private citizen Donald Trump who described Epstein as a "terrific guy" in a 2002 article in the same New York Magazine article. In the article, Trump said. "I've known Jeff for fifteen years. Terrific guy. He's a lot of fun to be with. It is even said that he likes beautiful women as much as I do, and many of them are on the younger side. No doubt about it -- Jeffrey enjoys his social life."

The charges in the Southern District of New York come more than a decade after Epstein's legal team struck a secret deal with federal prosecutors in Miami who allowed him to plead guilty to two prostitution charges in state court. He served just 13 months in a county jail and was granted work release. He also registered as a sex offender and paid restitution to the victims identified by the FBI.

The federal prosecutor who handled the deal was current Labor Secretary Alexander Acosta who served as U.S. Attorney for the Southern District of Florida.

Epstein's victims were kept in the dark and could not object.

That arrangement has come under intense scrutiny as the result of a Miami Herald investigation that examined how it was handled.

The Herald investigation said that Acosta gave Epstein the "deal of a lifetime" despite a federal investigation identifying 36 underage victims. The agreement, the Herald said, "essentially shut down an ongoing FBI probe" and further granted immunity to "any potential co-conspirators" in the case.

In February, a federal judge in Florida ruled that the Department of Justice broke the law by failing to confer with Epstein's victims about the agreement.

A senior White House administration official was cautious in assessing Acosta's standing with the White House in the wake of Epstein's indictment.

"We will wait and see what develops. This is obviously a significant event," the official said about the Epstein case. "We need to see what comes of it."

The official noted there was an internal administration review of Acosta's handling of the Epstein case. But the official could not say whether that review had been completed.

"I will say that we were assisted by some excellent investigative journalism," Berman said.

"When the facts presented themselves -- as Mr. Berman hinted at -- through investigative journalist work, we moved on it," Sweeney said.

New York federal prosecutors were able to bring their case despite the non-prosecution agreement, Berman said, because that agreement applies only to the US Attorney's Office for the Southern District of Florida.

"While the charged conduct is from a number of years ago, the victims -- then children and now young women -- are no less entitled to their day in court," Berman said.