MIAMI (CBSMiami) - Flowers and balloons sit at the spot where a man was found slumped over in his wheelchair,  shot to death in the streets of Miami.

The wife of 58-year old Israel Perez said her husband of 20 years was a loving man and  a man of faith. She remembered his last words to her after she brought him breakfast minutes before he was killed.

Perez, who is a fixture in the area, would go out to the I95 exit ramp at NW 95th street and  NW 7th Avenue. every morning to ask for change.

Around 9:30 a.m  on Tuesday witnesses said a man got out of a gold Chevy impala and pulled the trigger.  Some heard six or seven gunshots.

Police said the  shooting suspect identified as 27-year old Rodney Louis  led police on a high speed chase through the streets of Miami and North Miami. 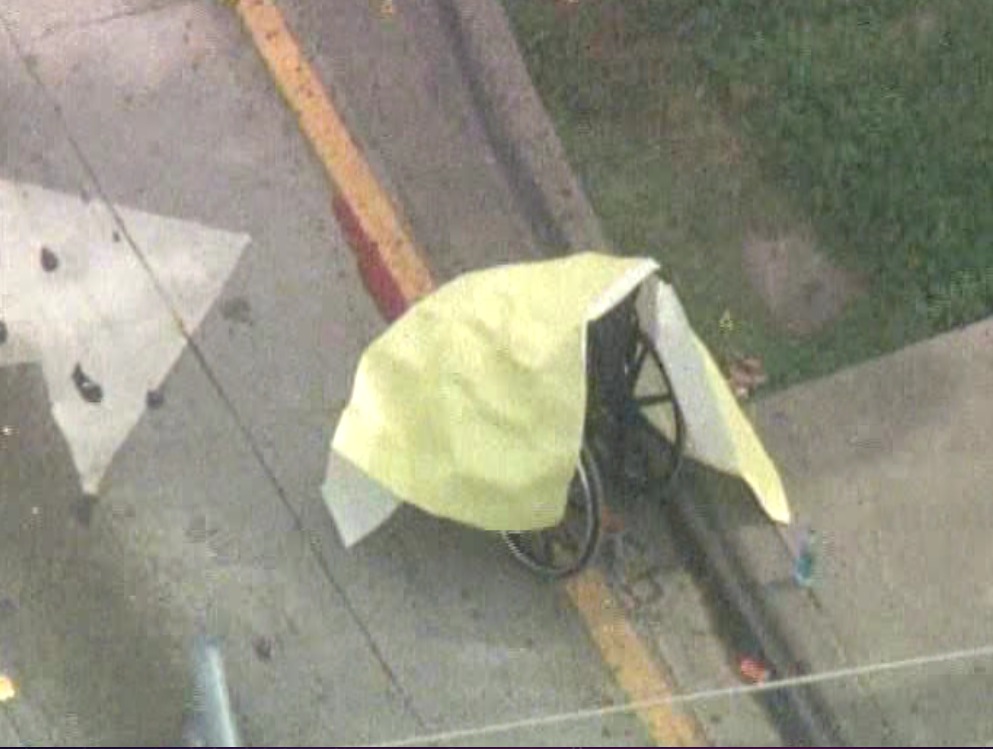 The suspect zig-zagged through a number of streets as he headed south, at one point he struck a car in an intersection.

Around 10 a.m. he made his way onto northbound I-95, weaving in and out of traffic with Miami-Dade and Miami police on his tail.

The chase came to an end at Miami Gardens Drive around 10:10 a.m. when the car crashed into a wall after he collided with an Audi.   Police moved in and took the driver into custody while the driver of the Audi was put into a neck brace and taken to the hospital to be checked out.

Police said they found a stolen pistol under the floorboard of Louis' car.  He is facing charges including murder, grand theft and fleeing from police.

A detective stopped by his home to notify family.

They didn't want to speak but a friend told CBS4's Gaby Fleischman a senseless shooting is not his style .

"I never even know that was in his character," said his friend.

Meantime, those who knew Perez are left wondering why this happened.

Indiana Parra, a friend of Perez,  was stunned when she got the news.

Police have not said what led up to the shooting.