MIAMI (CBSMiami) - A Miami Gardens man is facing multiple charges after he reportedly stole a car and led police on a nearly hour-long pursuit.

Jonathan Craig, 25, has been charged with vehicle grand theft, fleeing police, reckless driving, and driving without a valid license.

It began on January 5th, when Craig reportedly stole a black Mazda, owned by Xavier Barker, who had lent it out to a friend to run errands.

"I just got that car on Saturday. I was furious, hot, mad," Parker told CBS4.

Thursday morning Barker, using a GPS installed in the vehicle, discovered it was in Opa-locka and alerted police.

When officers spotted it, they attempted to do a traffic stop, but the car got away. 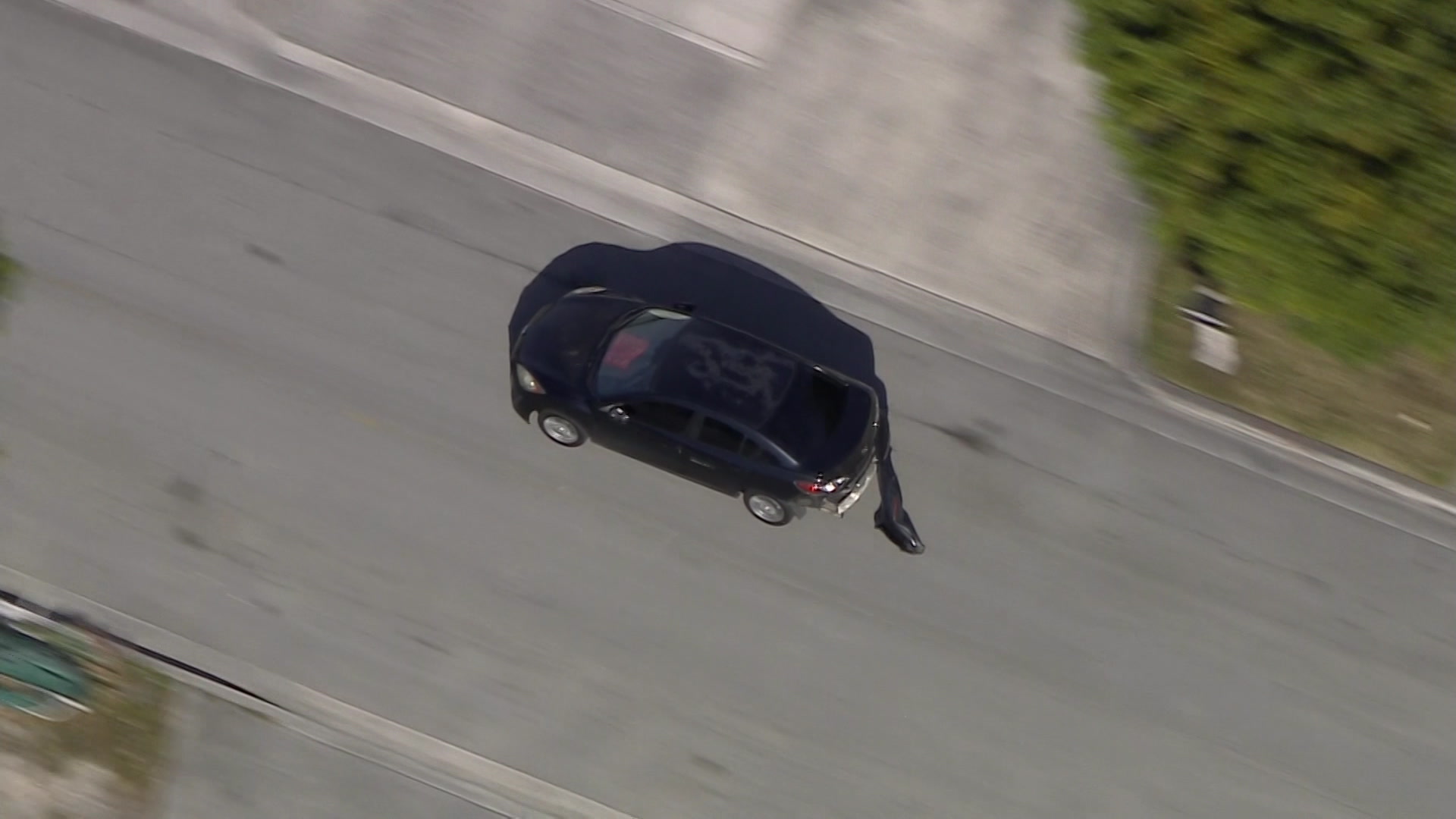 A Miami-Dade police helicopter later spotted it and the pursuit was on.

Miami-Dade police, along with Miami-Dade School police, came close to stopping the car in the parking lot of a Walmart at 3200 NW 79th Street, but it got away again.

What ensued was a high-speed pursuit with offices in the police helicopter providing the car's location to fellow officers on the ground.

The stolen car sped down 95, the Palmetto and then he traveled to I-75 and the 112. Sometimes exceeding speeds of over 100 miles per hour, while weaving in and out of traffic and clipping cars in the process.

Craig surrendered, arms in the air and laid down on the ground, in a neighborhood off the 112 Expressway.

Watch: Video Of The Pursuit

Parker said his car was damaged in the pursuit and he has no insurance. He's trying to figure out what he'll do next.

"The bumper is messed up. It won't crank. Green fluid is leaking and it has a flat tire. He played with my car," said Parker.