MIAMI (CBSMiami) – Forecasters at Colorado State University have increased their 2021 hurricane predictions saying there will be 20 named storms instead of 17, and 9 hurricanes instead of eight as originally forecast in April. Four of those hurricane are expected to be become major hurricanes.

The updated forecast from Dr. Phil Klotzbach and researchers at CSU, was released on Thursday after a record-setting start to this year's hurricane season.

Tropical Storm Elsa was earliest fifth named storm on record in the Atlantic. The increased numbers include the five named storms that have already developed this season so fifteen more are still being forecast.

Fourteen named storms and seven hurricanes is considered average so this season is still considered to be above-average.

Researchers increased their numbers due to several factors including the warm ocean water, which indicates La Niña is not going away any time soon. Also, it has been a wet spring and summer over parts of Africa, which helps generate robust tropical waves. 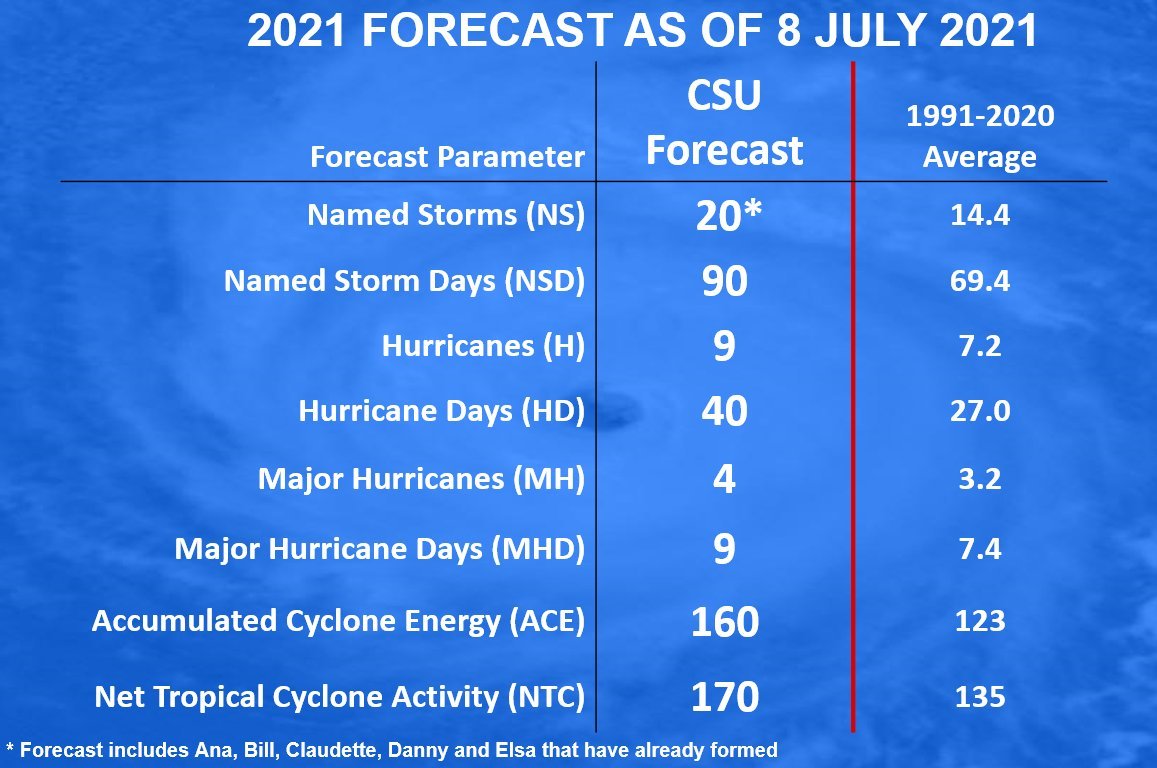 One NOAA hurricane scientist theorized that because of the orientation of the African rainfall, the strong tropical waves may track deeper or farther south in the Atlantic, however while this may make for a very busy year for the Lesser Antilles and parts of the Caribbean, it doesn't necessarily indicate more storms over Florida. However, history shows that active years like 2020, are often followed by active years (2004-2005). 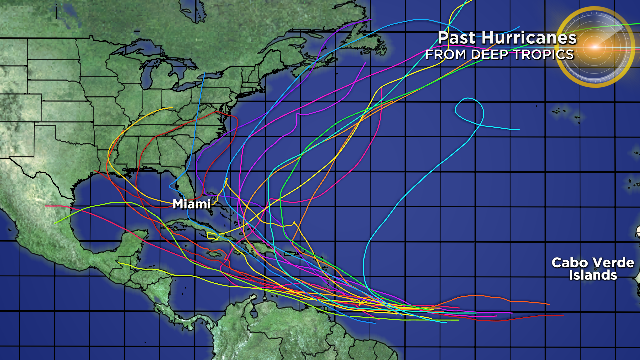 Floridians can begin preparing now by finding out if you live in an evacuation zone, and if so, making a plan to relocate to just outside of the zone if evacuation orders are issued.  Also, before a hurricane threat is imminent, get extra supplies like cash, bottled water, and batteries for flashlights. Make sure your trees are trimmed as this reduces wind-loading in a storm.

Click here to find out more on preparations you can take ahead of a storm threat and track any storms with our interactive tracking map.