MIAMI (CBSMiami) - Haulover Park and Marina is about to get a major facelift.

The $12 million plan got its first $1.7 million infusion which will go towards fixing everything from docks to flooding issues.

Any time the Haulover Park Marina sees a good drenching it floods. Throw in a King Tide and the park is barely navigable.

That all is expected to change with the Florida Inland Navigation District, or FIND, giving $1.783 million to the Miami Dade Parks Department. 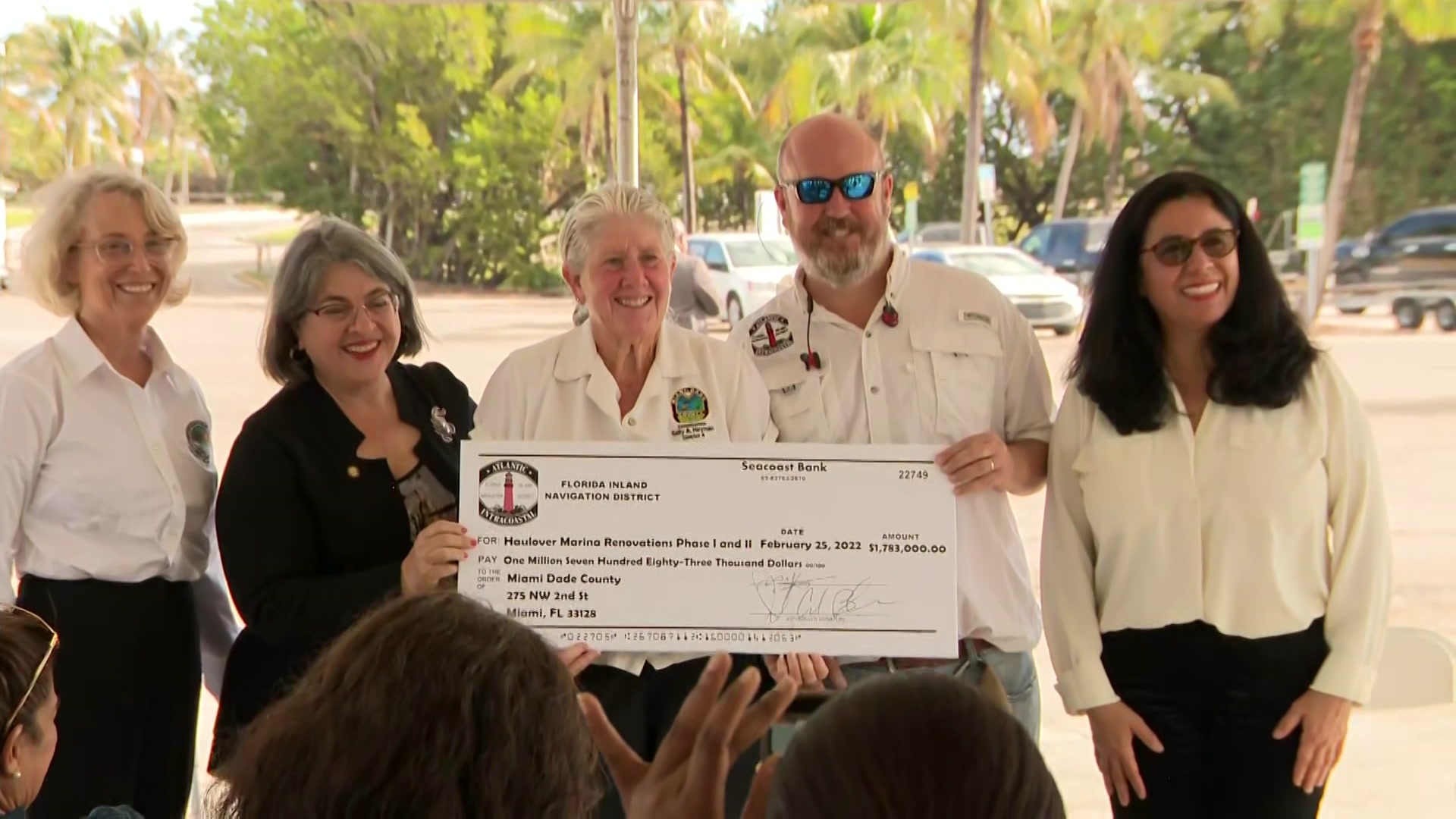 Miami-Dade Parks Director Maria Nardi said of Haulover Marina, "It's a recreational amenity, but we also know it's important to get people out there to enjoy the bay in order to understand it, to love it, and to protect it".

The grand plan was designed with sea-level rise recommendations.

Mayor Daniella Levine Cava gives much of the accolades for the project to Commissioner Sally Heyman.

"This park is a jewel in our crown. I've gotten to know it more personally from tours with this extraordinary commissioner," said Levine Cava. "She made sure I knew every bump, every cranny that needed loving care."

Heyman said she grew up using the park and is well aware of the traffic nightmare with boat trailers.

The project is working with the Florida Department of Transportation to change the navigation on Collins Avenue by installing a new intersection and signals for the entrance.

"We're going to make it seamless for people coming in and not clogging Collins (Avenue) and interfering with Sunny Isles Beach to the north and Bal Harbor and Bay Harbor, Indian Creek to the south. Not only did we hear you, we were literally listening with a plan," said Heyman.

Parts of the project are already underway and the whole project will wrap up by the summer of 2023.