FORT LAUDERDALE (CBSMiami) - The Fort Lauderdale Police Department has announced new rules for the next month as tens of thousands of spring breakers are expected to head to South Florida.

"We absolutely expect to double, if not triple, what we saw last year," says Major Bill Schultz with Fort Lauderdale Police.

"If they are checking into a hotel, they will be given a letter authored by the Fort Lauderdale Police Department, reminding them of our rules and regulations and expectations of them while they're in town," he explains.

From March 4 to April 3 on the public beaches in Fort Lauderdale:

Police will enforce the temporary rules on beach property from the 900 block of Seabreeze north to the 1700 block of North A1A during those weeks.

Electric or motorized scooters are also prohibited on the barrier island during Spring Break.

Police have established designated pick-up and drop-off locations from March 4 to April 3 on Fort Lauderdale Beach and along Southwest 2nd Street in downtown.

In downtown, the rideshare zone is on SW 4th Avenue, south of SW 2nd Street. The rideshare zone on the Beach is on Cortez Street, west of A1A. All rideshare drivers are strictly prohibited from stopping along A1A.

Uber spokesperson, Javi Correoso, reminds people to plan ahead for rides, since wait times will be longer, and to take a second to double-check the car. 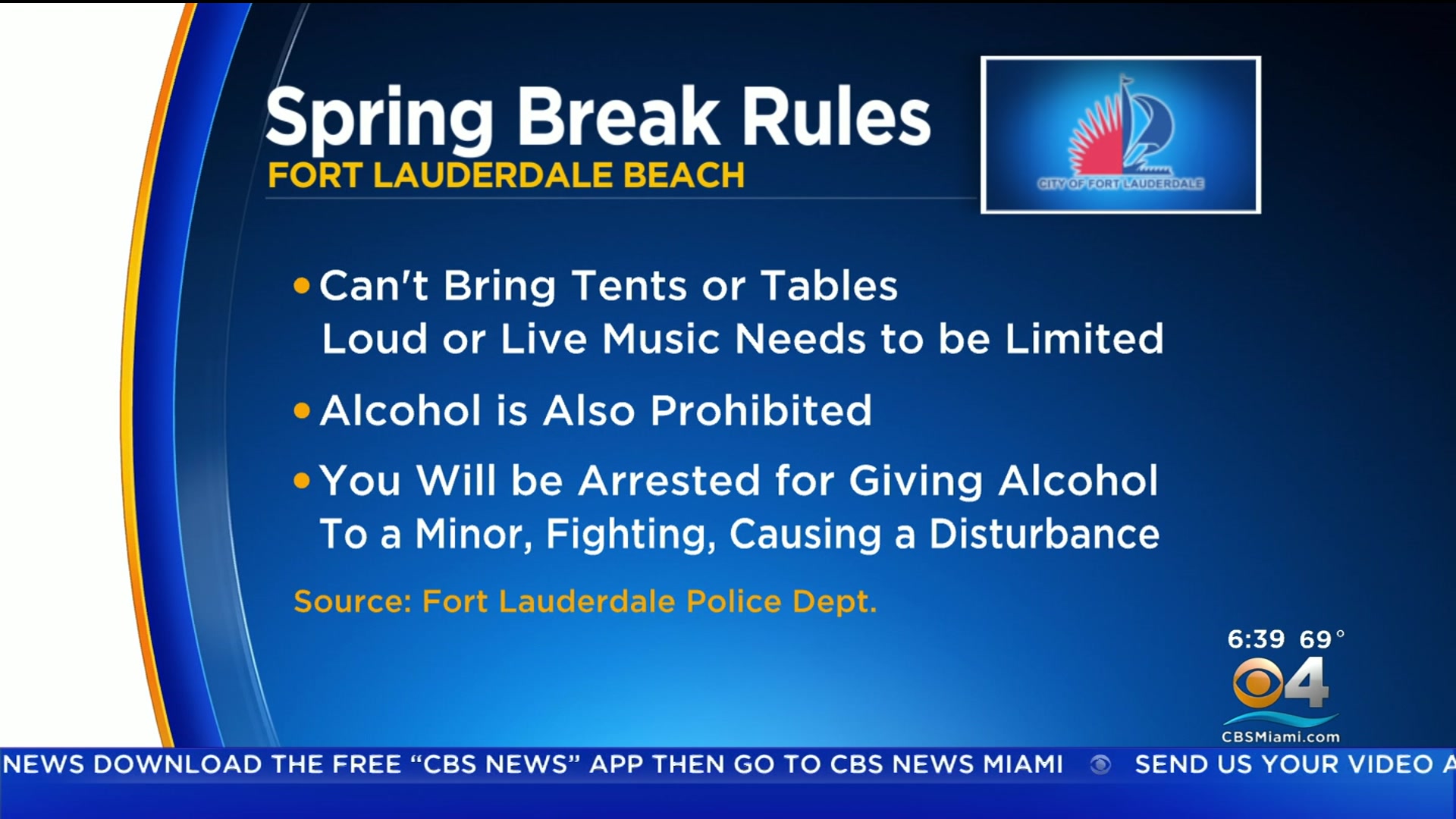 "Confirm the license plate number and the make and model of the vehicle. These are very important safety tips," he says.

From March 3 to March 29 in Miami Beach:

The rules apply to Miami Beach's "high impact zone", which includes 5th Street to the south, 16th Street to the north, Pennsylvania Avenue to the west, and the Atlantic Ocean to the east along with public beach areas.

"There will be a very, very augmented police presence," said Miami Beach Mayor Dan Gelber earlier this week. "There are going to be cops everywhere." 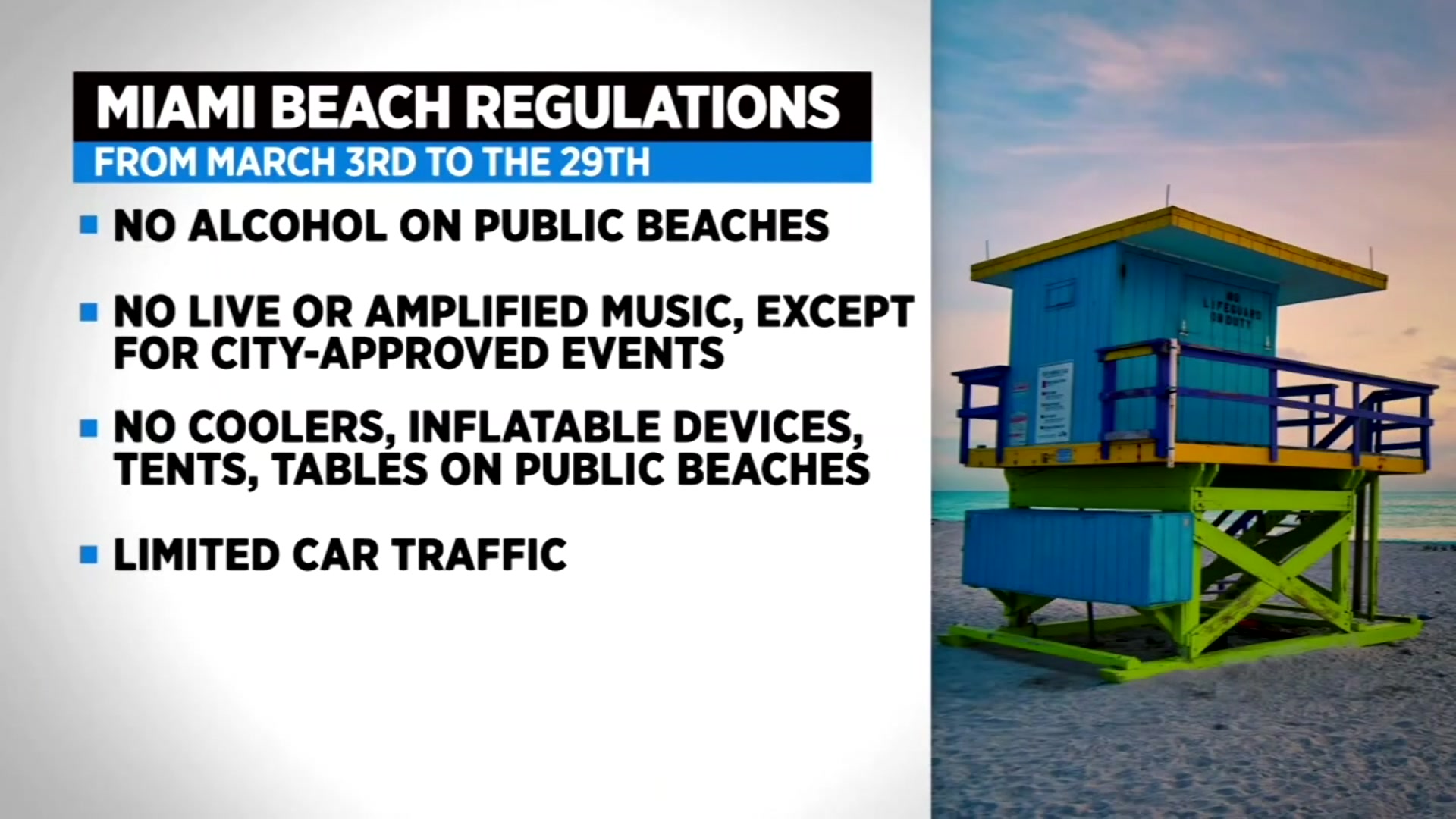