The ride, which takes place every last Friday of the month, is an event that draws thousands of cyclists through several neighborhoods.

The ride starts at 7:15 from the Government Center on NW 1st Street and will make a big loop around northern Miami. The ride heads west along Flagler Avenue through Little Havana; at Northwest 22nd Avenue the ride turns right, heading north through Allapattah, Brownsville, and Liberty City; at Northwest 80th Street it turns east again, until Northwest 12th Avenue, then heads back south before finally heading further east to pass through Wynwood and Overtown.

The Critical Mass movement started in order to raise awareness for the rights and the safety of cyclists and to have drivers respect cyclists and share the road with them.

Here's a map of tonight's route. 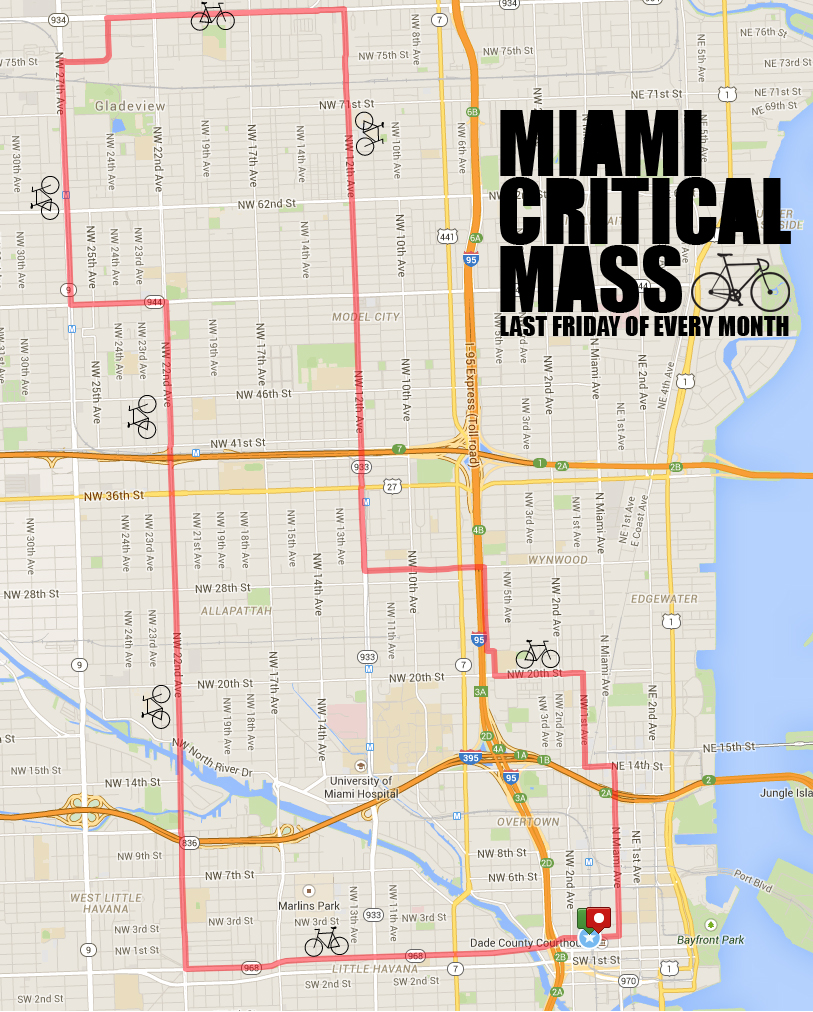