Who would've thought watching guys run in a straight line in tights would make for such compelling television.

Still, the players were poked and prodded and from now until April's NFL Draft, experts will weigh in on what they saw while they were in Indianapolis.

NFL Draft Analyst and publisher of DraftAnalyst.com Tony Pauline joined the Hochman, Crowder and Krantz Show on Miami Sports Radio 560 WQAM Monday afternoon to talk about what he saw at the combine.

Pauline held no punches about what he thought about Kaaya.

"He proved that it was a big mistake for him to enter the draft," Pauline said. 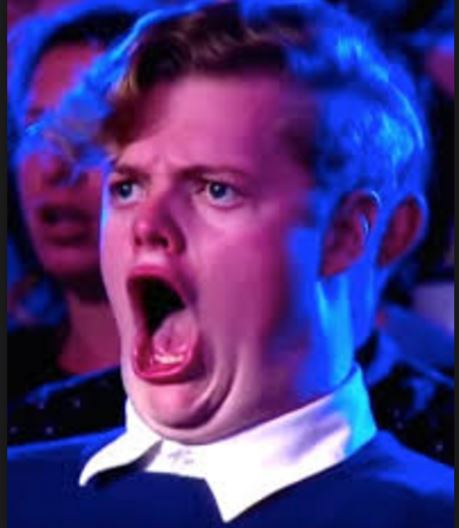 "He was off the mark on a lot of his passes. I mean, he threw some decent 'in' patterns, but that's the easiest pass that they are going to throw at the combine. The further down the field or out to the flanks patterns that the quarterbacks were asked to throw – the less accurate and the more wild he was," Pauline said.

The guy who completed 60.6 percent of his passes in college, threw for 9,968 yards and 69 touchdowns to just 24 interceptions, you can't be talking about that guy?

But indeed Pauline was.

"I had Kaaya as a fifth-round pick before the combine, and I think he's still a fifth round pick – maybe even a sixth round pick," Pauline continued. "He has a lot of questions to answer. He is a long way from being NFL-ready. He should have stayed in school one more year - especially coming off a disappointing 2016 campaign. He's got some upside...he's got some tools to work with, but it's going to take a while."

Kizer and Trubisky are the only two quarterbacks that Pauline has evaluated to have a "first round draft grade". He has Clemson's Deshaun Watson rated as a second pick.

Sports Illustrated's Chris Burke essentially echoed Pauline's words in a piece he wrote over the weekend.

"Kaaya's accuracy woes, combined with that lack of WR familiarity, caught up to him in later drills. He missed three straight out routes and was scattershot on curls. His arm's also not up to the caliber of some others in this class, so his tendency to float passes stuck out a bit, too."

These words carry an extra bit of sting for some Hurricanes fans since Kaaya represents one of the best quarterbacks – at least statistically – that Miami has had in recent memory.

Prior to the start of the 2016 season, some scouts had Kaaya rated as a potential overall top five pick. However, as the season wore on, Kaaya didn't live up to scouts expectations despite leading UM to its first bowl win in a decade.

Scathing combine reviews aside, Kaaya now has nearly two months to continue working out to improve his game and can impress scouts when he participates the Hurricanes' hosted pro day.

Burke wasn't completely down on Kaaya though.

"The clinical work from the pocket was a clear plus, though," Burke wrote. "It doesn't mask the issues Kaaya had vs. pressure in college, but there is obviously a baseline from which to work."