DAVIE (CBSMiami) – Davie Police Chief Dale Engle has been placed on Administrative leave following controversial comments he allegedly made regarding the death of a Broward Sheriff Deputy who died of COVID-19.

According to a complaint sent to Davie administrator Richard Lemack from the Florida State Lodge Fraternal Order of Police Labor Council Committee, Chief Engle berated several Davie officers who expressed concerns about the level of protection from COVID-19 while on duty.

"We had several that came forward and several who were afraid to come forward as well. That is our job at that point for our officers and the members we represent when they feel intimidated," explained Fraternal Order of Police Chief of State Mike Tucker to CBS4's Mike Cugno.

Engle also reportedly belittled the death of BSO Deputy Shannon Bennett claiming his death was caused by his 'homosexual' lifestyle, the officers allege.

The police union complaint states Engle made the remarks during an angry tirade against the officers after a patrol briefing on April 7. 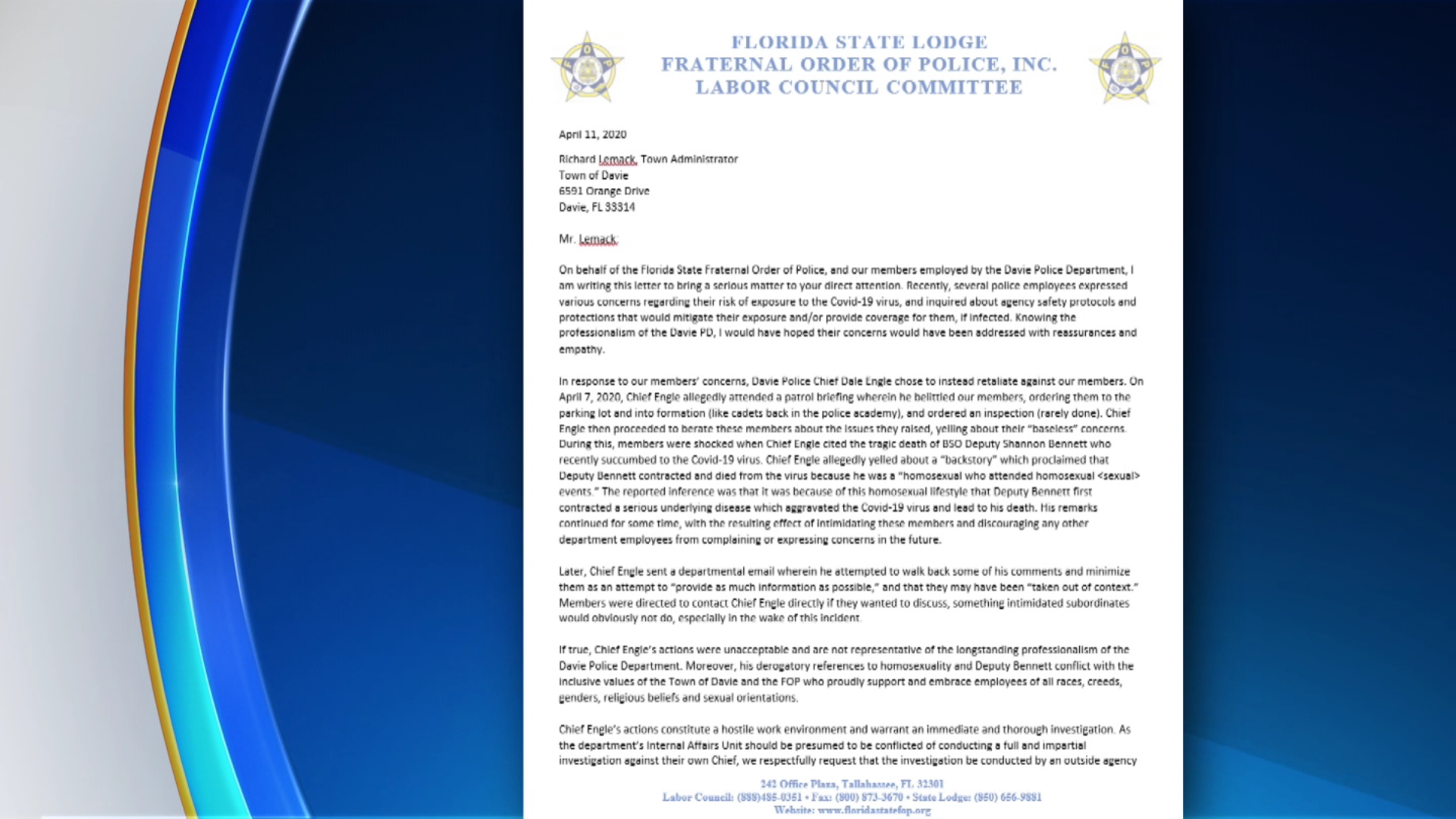 "Chief Engle allegedly yelled about a 'backstory' which proclaimed that Deputy Bennett contracted and died from the virus because he was a 'homosexual who attended homosexual sexual events."

It states, "He intimated that it was because of the homosexual lifestyle that Deputy Bennett first contracted a serious underlying disease which aggravated the COVID-19 virus and lead to his death."

The letter states, "His rant continued for some time, with the presumable desired effect of intimidating the members and discouraging any other department employees from complaining or expressing concerns in the future." 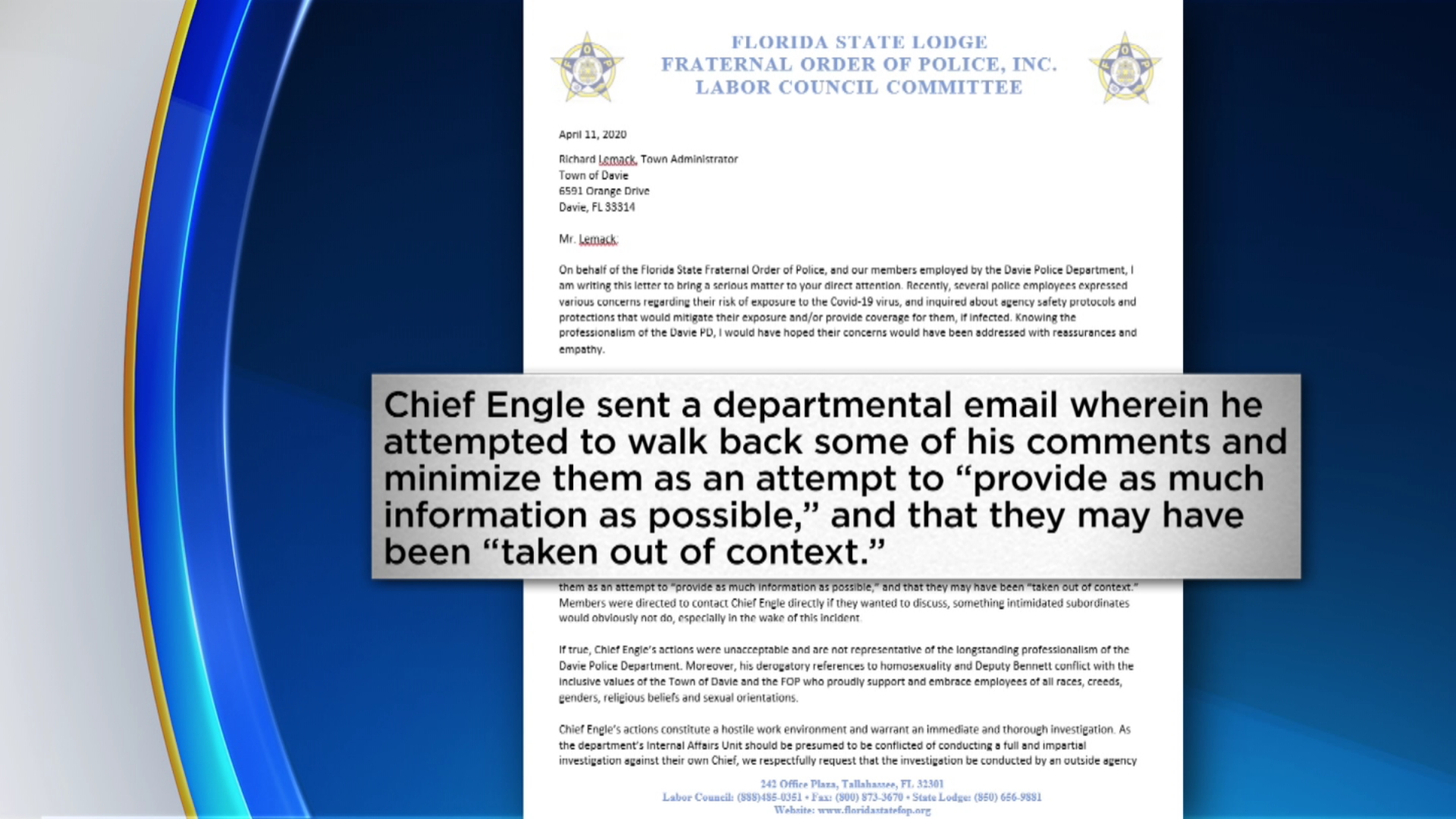 Later, Engle sent a departmental email where he attempted to "walk back some of his comments and minimize them as an attempt to 'provide as much information as possible,' and that they may have been 'taken out of context.'"

In a statement released Saturday night, Davie Town Administrator Richard J. Lemack said, "As of April 11, 2020, Police Chief Dale Engle was placed on Administrative leave pending further review of allegations brought forward by the Fraternal Order of Police. The allegations will be investigated in accordance with the Town's Equal Employment Opportunity compliance policy by outside counsel. The Town will have no further comment until the investigation is completed to protect the integrity of all involved."