MIAMI (CBSMiami) – The number of new COVID-19 cases has dropped in the state of Florida for the first in several weeks but despite that, the surge is still a major issue for hospitals.

The Florida Hospital Association reported Friday that 75 percent of the state's hospitals are "expecting a critical staffing shortage in the next 7 days." 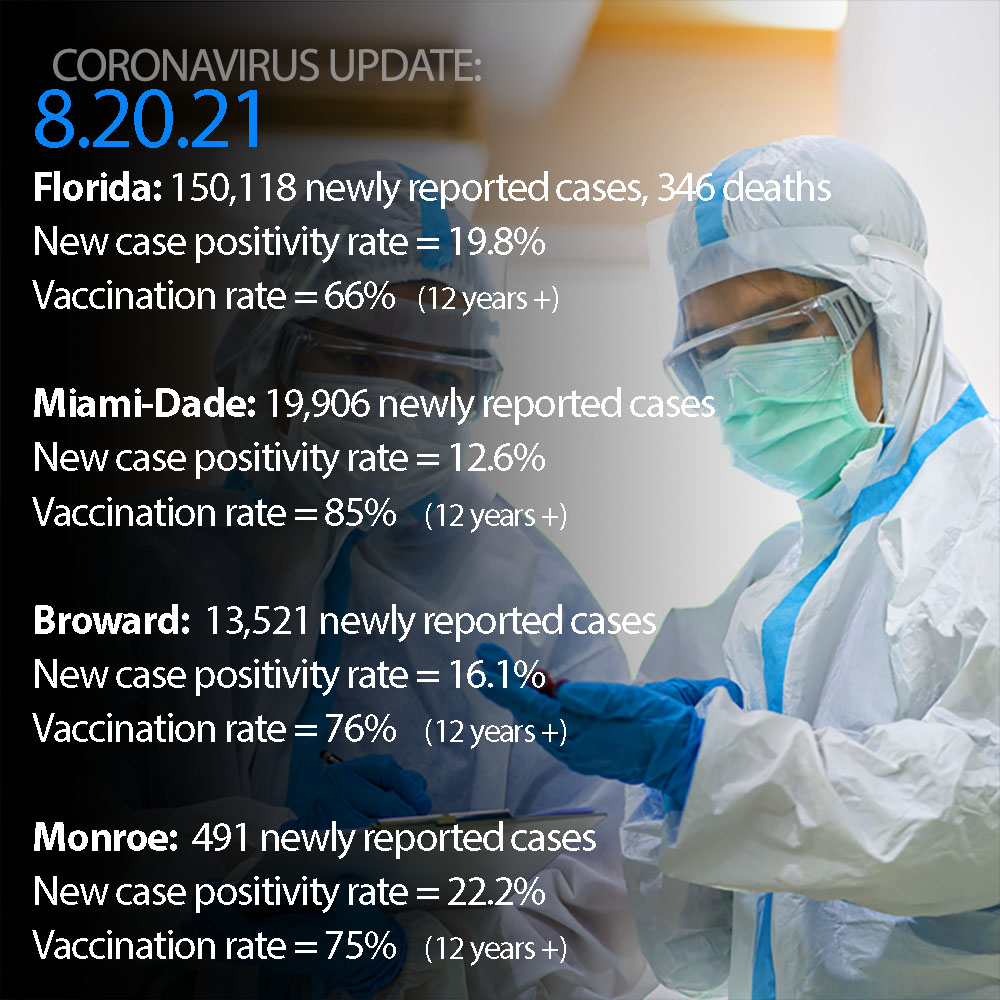 On Friday, with the release of its weekly numbers, the Florida Department of Health reports 150,118 newly reported cases throughout the Sunshine state, down nearly 13-hundred cases from the previous week.

There were another 346 newly reported deaths for a total of 42,252 deaths.

There were 19,906 newly reported cases last week, down 1,655 cases from the previous week.

In Broward, there were 13,521 new cases last week, down about 11-hundred from the previous week.

Monroe County increased its vaccination from 74% to 75%.

It added 491 new cases last week, down 13 cases from the previous week.