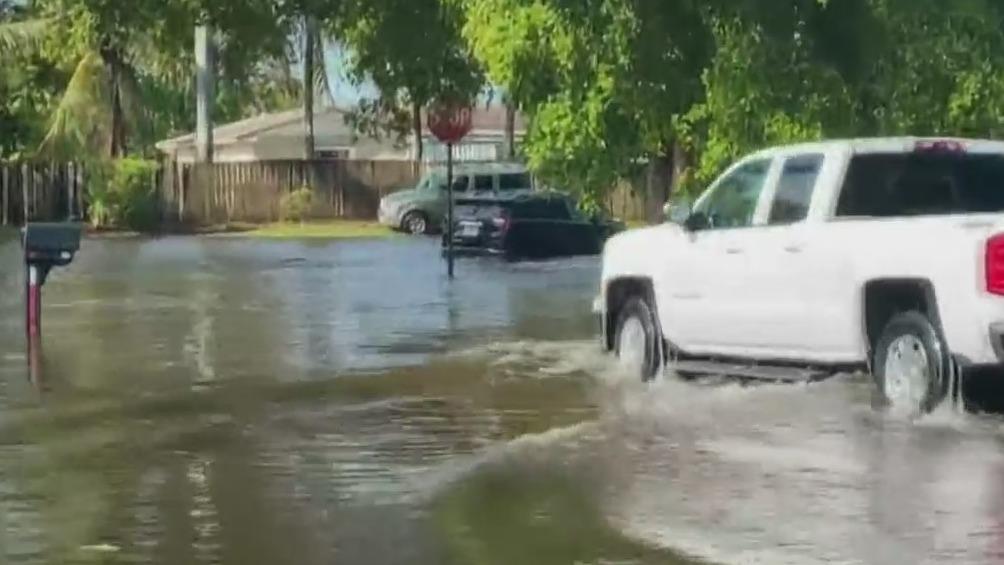 While there were no equipment failures, there were weaknesses that may have contributed to water backing up.

"It was a wake-up call it was not even a tropical storm, it was not a hurricane it was a lot of water, and it did really show us the areas that are going to be very very vulnerable," Miami-Dade mayor Daniella Levine Cava said.

Over the years the county has made improvements to reduce flooding, but when a storm dumps several inches of rain across the area within the course of just a few days, that can lead to stressors in the drainage system especially in low-lying or flood-prone areas like Cutler Bay.

"Well from Monday through pretty much, we couldn't get back in as far as my vehicle," Maria Escandell said.

Escandell is one of several frustrated residents in Cutler Bay, she is aware she's in a flood zone, however, didn't expect it to stick around for several days after the storm.

"We are going to have to pump and reduce our lakes substantially more before we have heavy rainfall coming in, particularly in Saga and Cutler Bay, and again our director spoke about manholes being lifted," Higgins said.

That may have contributed to overwhelming or blocking some drainage pipes, in other areas, it's a matter of beefing up communication with other cities and agencies for pumping out water and drainage.

"Right now, we are very fragmented in how we manage storm waters each one of those municipalities has to manage their own storm waters," Rashid Istambouli, Interim DERM Director explained.

In the long term, more funding is needed to maintain and upgrade pumps, as well as coming up with new approaches to help residents.

"In the area of Cutler Bay, we needed to get transportation because people couldn't exit their homes because if they started their cars, their cars may stall," Higgins added.

That's part of the goal of the Biscayne Bay Management Advisory Board, which makes recommendations to the county commissioners.

Higgins is the chair for BBMAB, she is working to get funding faster, though it would take likely until November to get an update.

Meanwhile, the ground across South Florida is much more saturated with water.

"Every time the car passes by here it pushes the water, it wakes and push the water in," Nelson Ramirez, another Cutler Bay resident recalled of the standing water that stuck around this week.

Ramirez is still cleaning out, he hopes the pumps will be able to keep up during this rainy season, and potentially new solutions from the county.

Jacqueline Quynh is a CBS Miami reporter. My philosophy about news is simple: I aim to tell a story while focusing on the people who graciously let me into their lives.