HOLLYWOOD (CBSMiami) – Twenty-four hours after Hollywood police officer Yandy Chirino was killed while on duty, the neighborhood where he was shot is marked with a sea of blue ribbons.

"[It's to] show empathy because we're thankful to police for being here," said 13-year-old Penina Schwartz.

The Emerald Hills community is in disbelief and in grief.

"Literally in the epicenter of our community is just so tragic and so upsetting," said her mother, Meghann Schwartz.

Video posted on the Ring app spread throughout the community showed someone on a bike checking for unlocked cars. Hollywood Police haven't confirmed the person is 18-year-old Jason Banegas, but the video showed what police described the suspect was doing prior to shooting Officer Yandy Chirino.

"We're certainly not a community that hasn't dealt with petty theft and car break-ins, but to have it go so horrifically, I think was really painful," said another neighbor, Sandra Veszi Einhorn.

Many people stayed up late as police searched for Banegas, who was identified as the suspect in a Monday morning news conference and later transferred from the police department to the Broward County jail in what's known as a perp walk.

Sadly, the neighborhood woke up Monday to the horrible news that beloved officer Chirino, only 28-years-old, didn't make it. 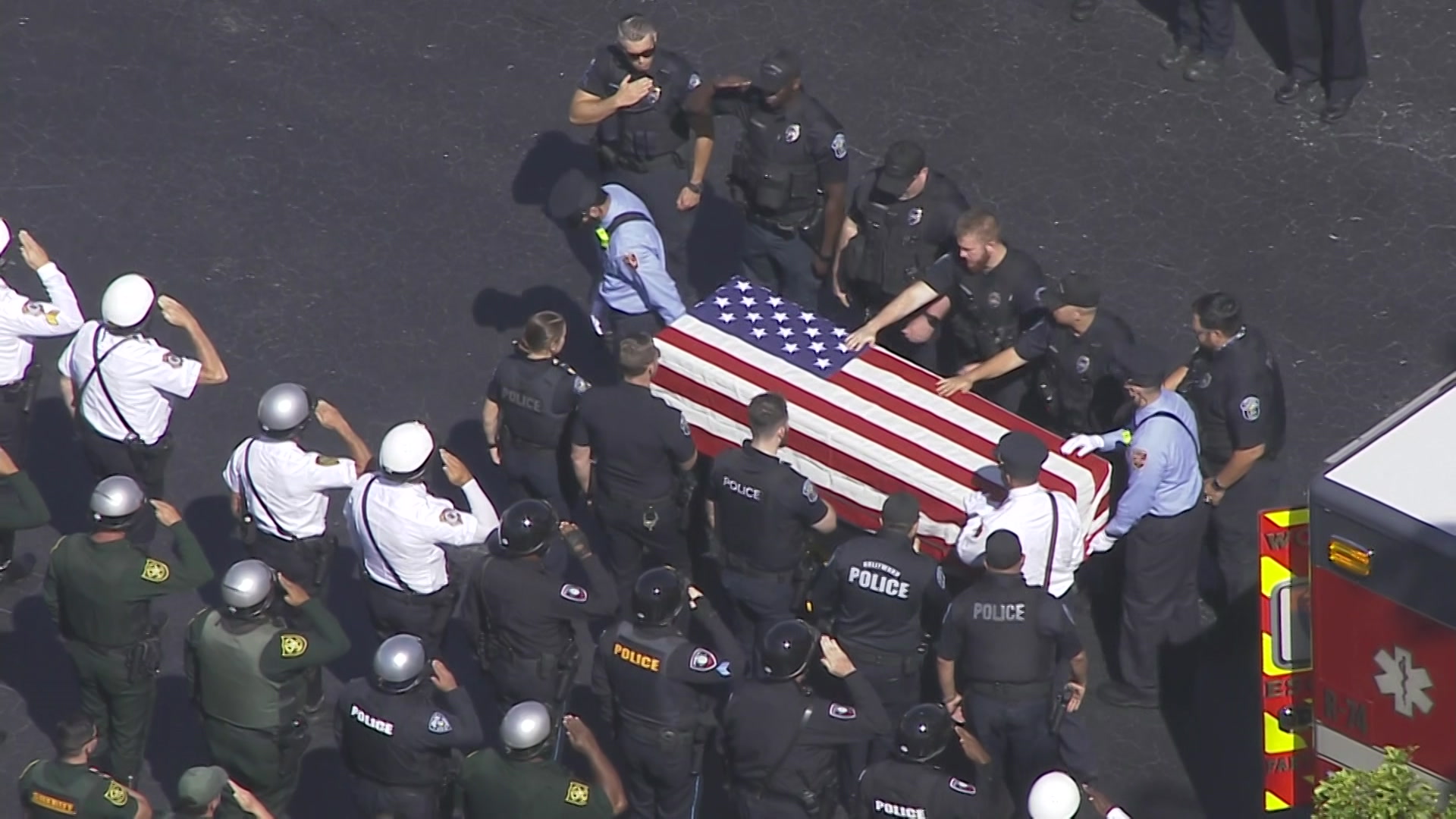 Veszi Einhorn said that as a strong Jewish community that faces anti-Semitism, they have a lot of respect for law enforcement.

"We rely so much on them to be there for us, no matter what. Loss of life, we don't take lightly," she explained.

Now, this community is coming together for each other, but more importantly, they say for their local law enforcement.

Restaurants in the area are donating food to the department and Young Israel of Hollywood-Ft Lauderdale, a local synagogue, is organizing a prayer vigil in honor of Officer Chirino.

The vigil will take place at Mara Berman Giulianti Park on Thursday at 5:45pm.

"Come Thursday, you will probably see this park packed," said Veszi Einhorn. "Coming together as a community, coming together in solidarity to show our support. Officer Chirino's name will always be remembered."

The synagogue has also set up donation page for Officer Chirino's family at yih.org/police.