MIAMI (CBSMiami) - A City of Miami police officer who nearly lost his life in a motorcycle accident is making great progress on his road to recovery.

Mario Gonzalez is one step closer to returning to the job he loves, serving the City of Miami as a police officer.

Gonzalez lost both of his legs in a motorcycle crash on 8th Street and Krome Avenue in February.

He was recently fitted for prosthetic legs and on Thursday, he stood on his new limbs for the first time.

"It's one thing to imagine the day happening," his wife, Erica Gonzalez said. "But it's another thing when you actually see it. And just to see him standing and see how excited he was, it's incredible."

His closest family and friends were there to mark the milestone.

"He has goals to meet," said Gonzalez's mother, Marilys Sanchez. "He wanted to go back to work. He wanted to continue serving the community as he was doing before. I think he's going to do it better than before because now he has another chance at life that God gave to him."

Gonzalez initially told CBS4 he wanted to make sure his prosthetics were water proof, in case he needs to perform water rescues while on the job.

He got his wish.

"I believe it's the only one in the world that's a state of the art knee that's microprocessor controlled that's 100% waterproof," Licensed and Certified Prosthetist Kevin Garrison said. "So he can jet ski with these legs. Get in and out of boats. Go fishing."

As he continues to recover and regain strength, it's clear his loved ones, along with his brothers and sisters in blue, will be there ever step of the way. 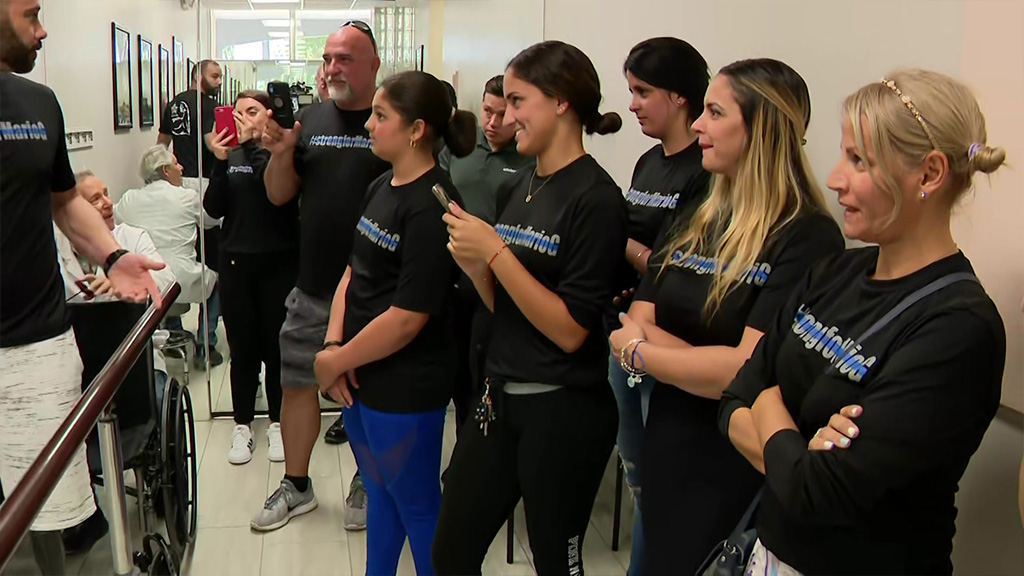 "We are so thankful for everybody who has been there with him," his sister, Yeni Gonzalez said. "We're so blessed to have him. And today to see him finally get up and walk, it's been the best gift ever."

An avid skateboarder, he told CBS4 he plans to ride again too.