According to the arrest affidavit, Gimenez, 44, approached the commissioner while he was having lunch at Morton's Steak House in Coral Gables on Wednesday and said, "Hey (expletive), do you remember me?" then struck de la Portilla on the side of the head with an open hand.

"You'll see this is going to get dropped," said Carlos Gimenez Jr. as he walked out of jail Thursday.

The commissioner's Sergeant-At-Arms with the City of Miami Police Department was on official protection duty and witnessed the incident.

He detained Gimenez Jr. until officers from the Coral Gables Police Department arrived, but he wasn't very cooperative, according to the police report.

The officer is quoted in the report, "I directed the defendant to stop and identify himself. The defendant refused and attempted to get away from me. I held onto the defendant by his coat and instructed him to calm down and stop resisting. The defendant stated 'You're a City of Miami Police officer, you don't have jurisdiction here.' The defendant continued to resist until City of Coral Gables police officers arrived on scene."

CBS4 News asked Gimenez Jr. if he wanted to clear anything up, or defend himself against the accusations from Portilla, to which he responded by saying, "No, I don't need to defend myself. I'm dealing with a court issue, not a media issue."

In response to the incident, Diaz de la Portilla issued two statements, the first in English and it downplayed the incident.

"It was more like a flick of his wrist from behind me when I was having lunch as he cowardly approached me from behind and ran away. This guy is not known as a very courageous guy. Actually he's quite a coward and appeared to be under the influence."

The second statement released by Diaz de la Portilla was in Spanish and translates to:

"As is usual for this individual, he tried in a cowardly manner to provoke me. And like a little girl, he brushed my hair with his fingernails. Men come from the front, not from behind."

When asked about his opinion on Diaz de la Portilla's statements, Gimenez Jr. said, "I will not respond to the comments of a corrupt politician."

Gimenez Jr., who is a lawyer and lobbyist in Miami-Dade County, was booked into TGK Wednesday evening on a simple battery charge.

Diaz de la Portilla avoided reporters and camera crews on Thursday at City Hall and declined to comment on camera.

CBS4 tried to catch up with him a number of times and waited for him to take his seat before the afternoon City Commission meeting. But that meeting started without him. 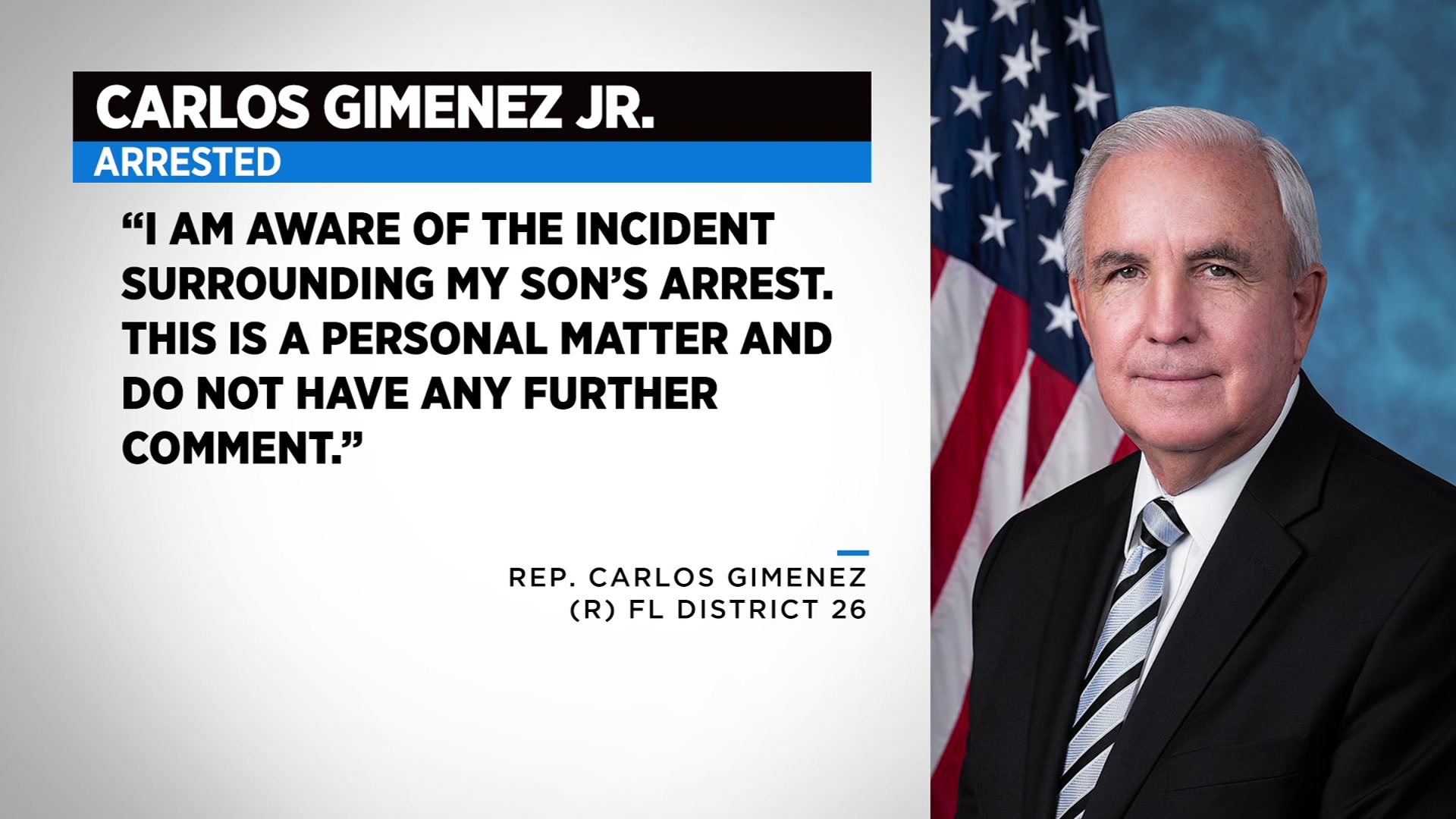 "I am aware of the incident surrounding my son's arrest. This is a personal matter and do not have any further comment."

Coral Gables police said the incident was captured on surveillance tape. But so far the tape has not been released.