MIAMI (CBSMiami) - After four memorable years as a Miami Hurricane, wide receiver Braxton Berrios is preparing his body and mind for the next step: the National Football League.

On Thursday, Berrios made an in-studio visit to the Joe Rose Show on 560 WQAM to reminisce about his days in Miami and to look ahead to the NFL Draft.

Berrios warns fans and scouts that his speed is being underestimated. He expects to turn heads at the NFL Scouting Combine with his 40-yard dash time.

"I'm going to keep the number to myself on what I'm aiming for," Berrios said, "but it's faster than what people think. If I run a 4.5, I won't be happy. I'll just say that."

On his versatility, Berrios says he's more well-rounded than the standard "slot receiver." Being stereotyped as a slot receiver can be financially limiting, as they are not as highly paid as boundary receivers in the NFL.

"Sometimes you do get pigeon-holed," said Berrios. "That's hard to work out, so I always just say I'm a wide receiver. In college, I played primarily out of the slot, but I did (also) line up at boundary. So, I've done other things. I want them to understand that I have those tools in my pocket as well. Naturally, I'm a slot, but there's nothing to say that I can't go play outside."

As a senior in 2017, Berrios led the Miami Hurricanes in receptions with 55, receiving yards with 679, and receiving touchdowns with 9. Off the field, he was Valedictorian of Miami's School of Business and a finalist for the academic Heisman. Rose and co-host Zach Krantz were intrigued to know how he handled the personal questions from NFL executives at the Senior Bowl.

"For the most part, it's almost a standard form they go through," noted Berrios. "They ask about your home life and how you were raised. They're trying to see who they are investing in. They already know who you are as a player from watching film, but they want to know who you are as a person. When they make this multi-million dollar investment in you, they want to know it's in good hands."

Berrios said he felt it was important to answer the questions honestly, rather than tell them what you think they want to hear.

"You don't have to be a cookie-cutter, perfect person. They want to see somebody be real, be honest, and tell the truth. They don't want all the right answers. They just want you to be you."

His NFL future wasn't the only thing Berrios discussed on Thursday. He also looked back fondly at his time with the Miami Hurricanes.

Berrios says his most memorable catch at The U was his touchdown grab against Notre Dame last November. "Because of the awesome celebration," he said. After scoring, Berrios put his hands behind his back to signify handcuffs, in a nod to "Catholics vs. Convicts."

"Thinking about that Notre Dame game still gives me chills," said Berrios. Miami cruised to a 41-8 win that day, in front of a raucous, capacity crowd at Hard Rock Stadium.

"During my freshman and sophomore year, the crowds were borderline embarrassing," Berrios said. "We almost looked forward to away games because we knew people would be there. Miami is an event town, and they love winners. And then my senior year was just absolutely magical.  I'm a winner, I want to win. I want to play in front of big crowds every game."

Miami's most memorable road game last season was their thrilling 24-20 win at Florida State. Berrios scored two touchdowns that day, as Miami earned their first win over the Seminoles in eight years.

"The FSU game was absolutely crazy," recalled Berrios. "That plane ride back was an amazing team bonding moment. I couldn't tell you what time I went to bed that night."

Although Berrios won't be running through the Canes' smoke next season, he's anxious to see how the squad continues to build toward greatness. He weighed in on the upcoming quarterback competition, which will see incumbent starter (senior) Malik Rosier battle it out with redshirt freshman N'Kosi Perry. Fellow freshmen Cade Weldon and Jarren Williams could also be in the mix.

"As fans you think the grass is always greener," said Berrios. "People think the new guy is always best. Coach Richt is going to open it up and have guys compete for the starting QB. I just don't believe anyone is going to beat out Malik (Rosier)."

You can listen to the full "Breakfast with Berrios" interview from the Joe Rose Show above. 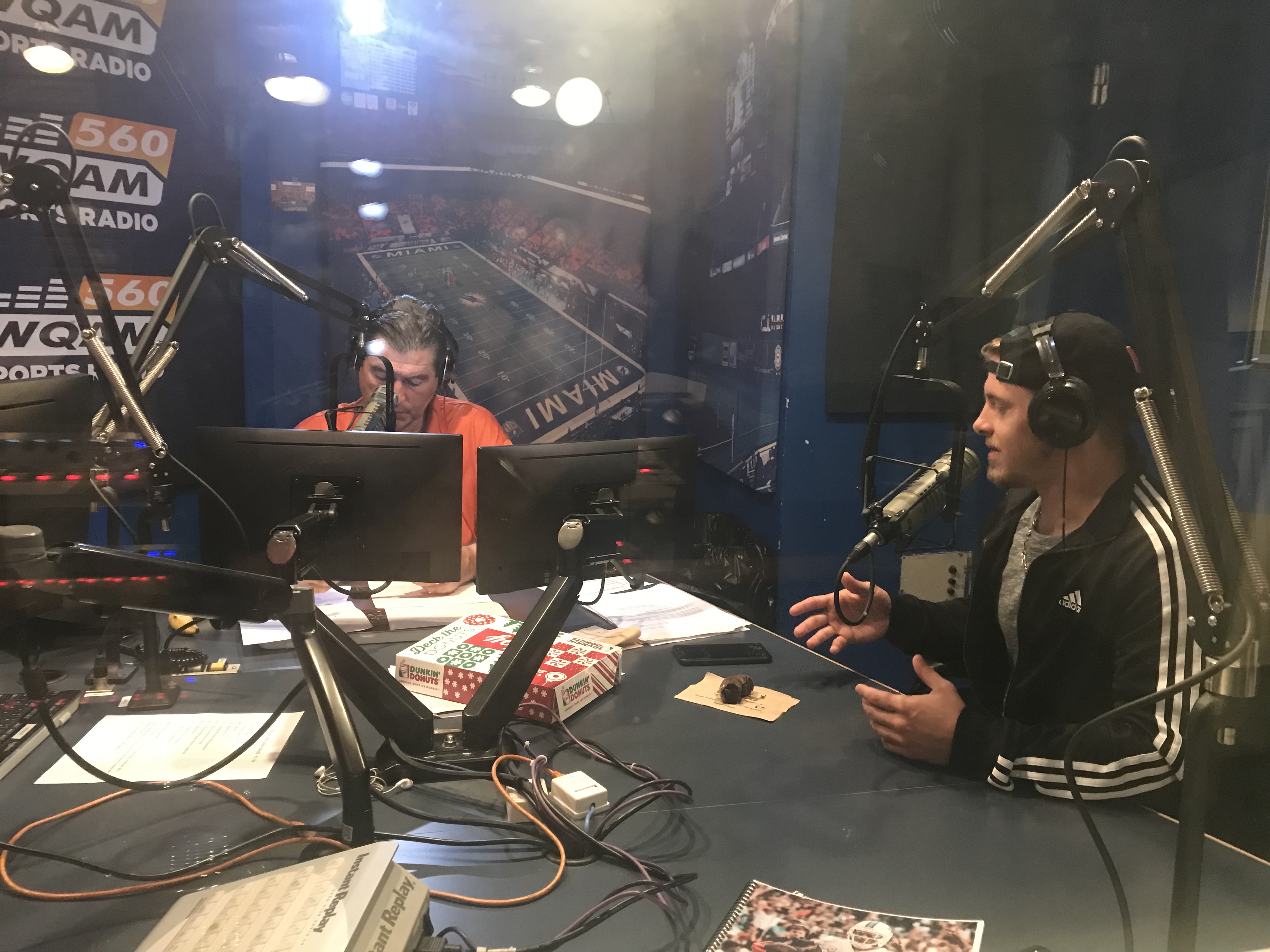