MIAMI (CBSMiami) – What is described as the largest celebrity charity event took place Saturday night on Star Island in a $65 million waterfront mansion in Miami Beach.

It was the star-studded and exclusive "Big Game Big Give" party, at the Oasis House, owned by Stuart Miller of the Lennar Corporation.

"It's usually a very classy party and it's nice during these big lavish weekends that we get a chance to give back," Michael Bay told CBS4's Lisa Petrillo.

The evening treated guests to a live performance by Academy Award winning actor and singer Jamie Foxx, who put the party in full gear, getting up close and personal with the audience, including taking CBS4's Lisa Petrillo for a little spin on the dance floor.

This year's theme for the event was "Miami Through the Decades" showcasing sculptures by renowned artist Michael Kalish and large-scale, neo-pop art pieces from artist Peter Tunney.

There was also a private invite-only CBD-focused dinner and drinks for 50 select celebrities and VIPS in the 1930's historic home, which overlooks Biscayne Bay.

The main house has 17 thousand square feet, seven bedrooms, 9 bathrooms, and a guest house, which is an additional 6,000 square feet with two more bedrooms. 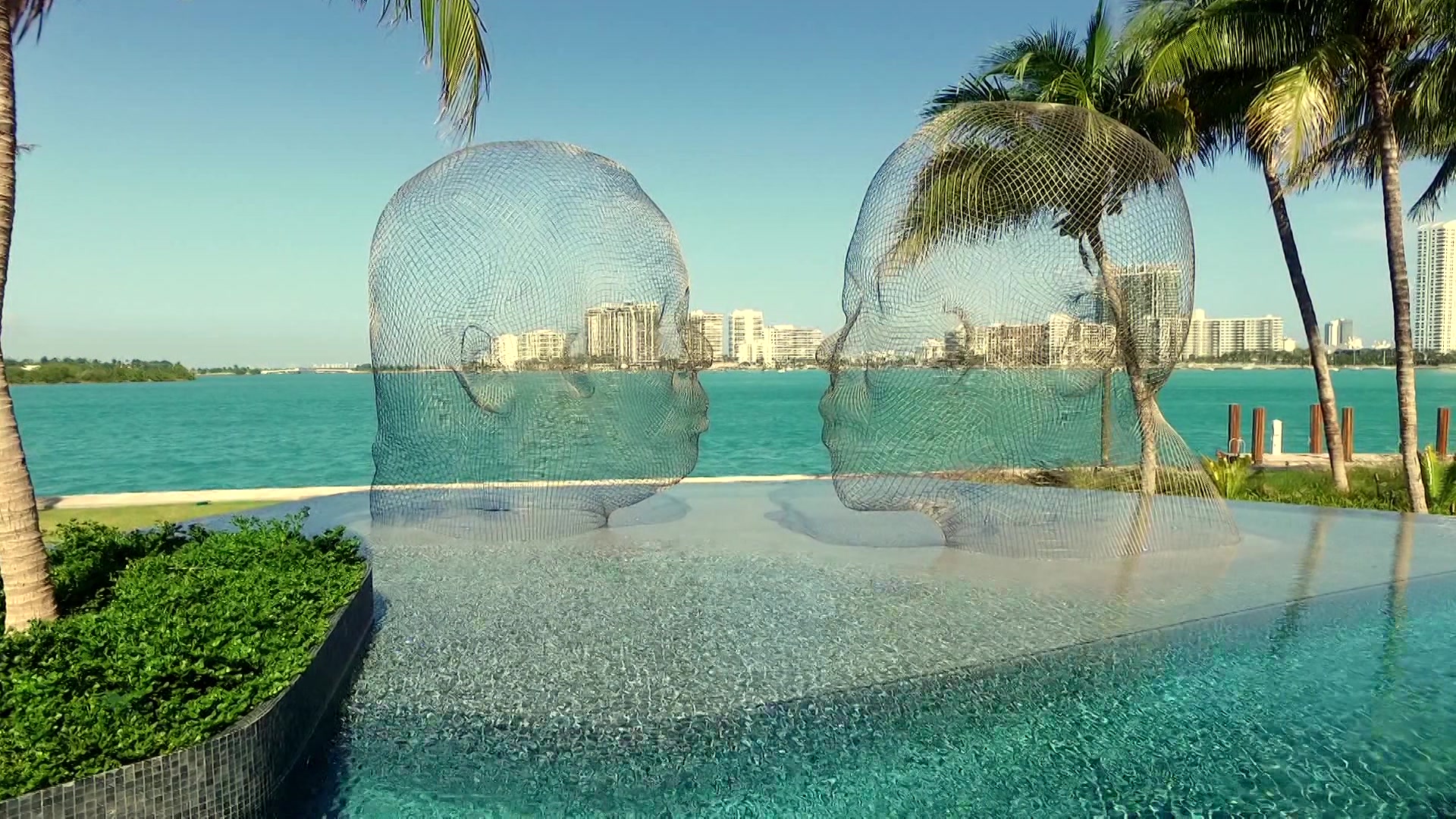 Plus, there are two gigantic mesh head sculptures which sit at the edge of the pool.

Mark Pollick is the founder of The Giving Back Fund, a national nonprofit that creates and manages charitable foundations and philanthropic projects for wealthy people like celebrities, athletes, and corporations.

"This is a harder ticket to get, then to get into the Super Bowl. It's the most exclusive party. It's called "Big Game Big Give."  This is an event that raises a lot of money for charity, both local and national," Pollick explained to CBS4's Lisa Petrillo earlier in the week.

To date, "Big Game Big Give" has raised more than $10 million for worthwhile causes around the world.

The gala is thrown every year in the Super Bowl's host city and money raised from this event benefits local Miami nonprofits including Sylvester Comprehensive Cancer Center.

Tickets run $3,000 apiece and the organization is hoping to break their record of $1.6 million, which was set in Phoenix a few years ago.