There's nothing like a few drinks and a long line of novice singers belting out the hits to make you want to say, "Hey, I can sing better than that."
South Florida's got a number of places where you can take up that challenge and sing "I Will Survive" better than Gloria Gaynor. Here's a list of the venues
willing to give you a shot at stardom, albeit, karaoke style.

The Studio features more than 100,000 songs in 20 different languages. If being in the spotlight isn't a big draw, the stage also offers customers the opportunity to play one of the numerous instruments on the stage including, drums, guitars and keyboard. The kicker: If a singer is called and fails to show up, be prepared to hear the whoosh of a flushing toilet. That's their shtick and they are sticking to it. 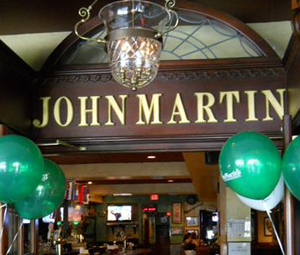 John Martin's pub draws many 80s music fan on Wednesday nights when they host the "I love 80s" karaoke. On Sunday nights, sing any song or recite poetry because that's when they open up their microphone for anyone who has anything on their mind. Local celebrities are often spotted here including humorist Dave Barry. Built in 1989, the Irish pub throws an all-out St. Patrick's Celebration that resembles a New Year's Party. 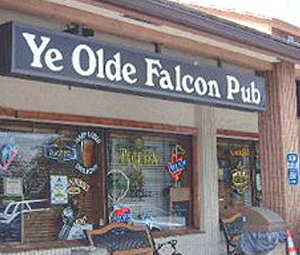 Ye Olde Falcon Pub offers karaoke on Mondays and the popular video game Rockband on Tuesdays and Thursdays. If you need a shot of courage, try one of the 50 beers on tap from AmberBock to the 8-Ball Oatmeal Stout. The pub isn't as old as the name suggests. In fact, it was built in 1989 and has been serving up beer and fish and chips ever since.

Featuring a microbrewery, a seafood restaurant, and, yes, karaoke, Titanic Restaurant and Brewery has been catering to a mostly college-aged crowd since 1995.
And when they've been hitting the books for too long, it's usually time to hit the bar. On Sundays and Tuesday nights, the microphone gets handed over to the crowd who usually belt out the hits on Sunday nights with karaoke and Tuesday nights with open-mic night. Its style was made to resemble "the steam engine room of a huge ocean liner." So when a four-day cruise is out of the question, cruise over to Titanic for the karaoke cruise ship feel.