LOS ANGELES (CBSLA) - A new report by the cybersecurity company Abnormal Security highlights the growing threat from hackers, and as it turns California was the most targeted state for these kinds of ransomware attacks.

For more than a week last summer, Barlow Respiratory Hospital near Dodger Stadium was under attack from ransomware criminals.

"It was very disruptive, very difficult and we are glad we got through it," said Julia Robinson Shimizu. Director of Public Relations with Barlow Respiratory Hospital.

While doctors and nurses were trying to treat critical patients, many of whom were suffering from COVID complications, portions of its computer systems were down, including access to patient charts. 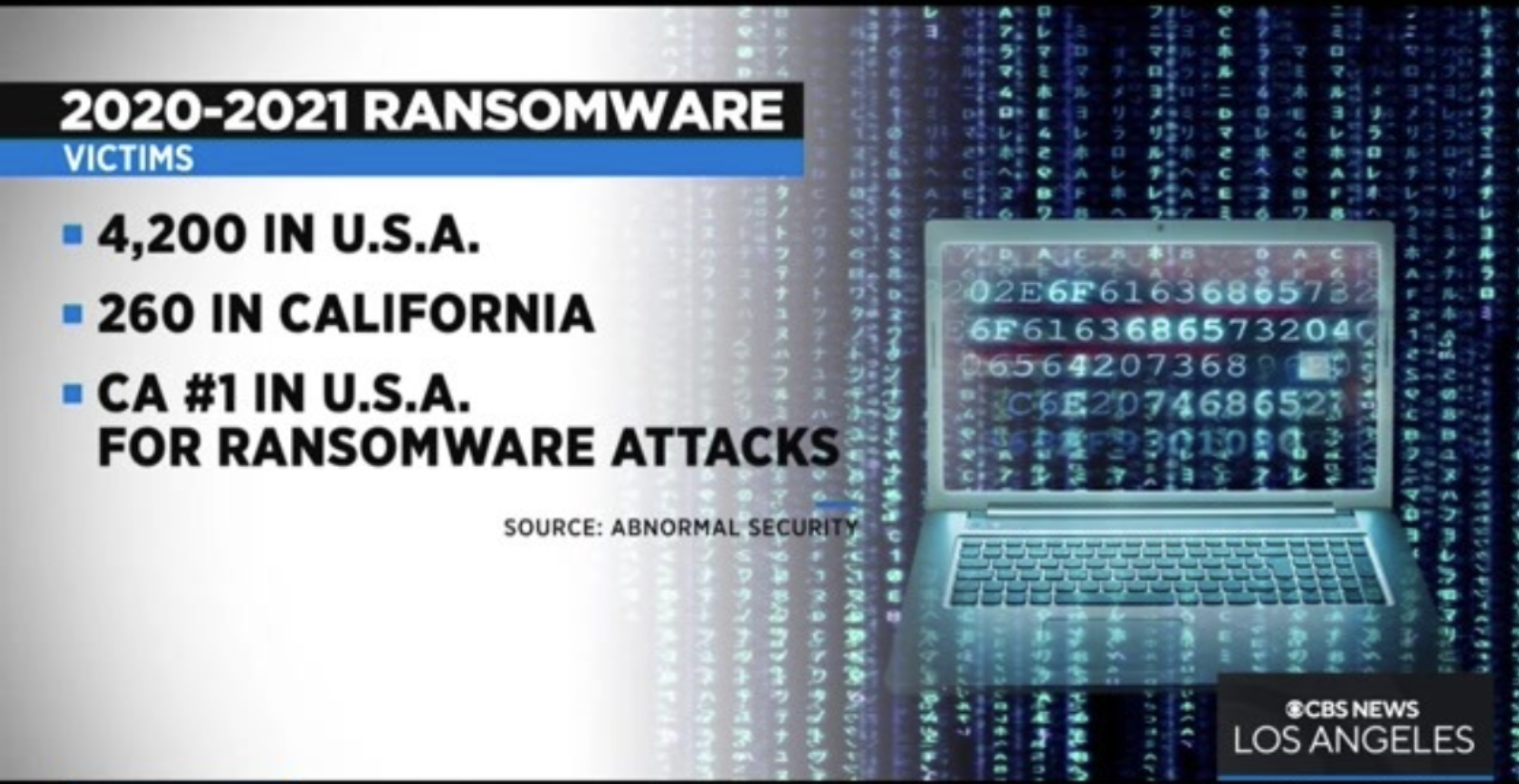 "It was truly a hardship for our staff to have to work under those changed conditions," Shimizu said.

Barlow Respiratory is not alone either. Of the nearly 4,200 ransomware victims from 2020 and 2021 identified in this newly released report, 260 are in California, making the state the hardest hit in the nation.

"To put that into perspective, if California was its own country, globally it would rank second in the world behind only the United States," said Crane Hassold, director of Threat Intelligence at Abnormal Security, which authored the report. 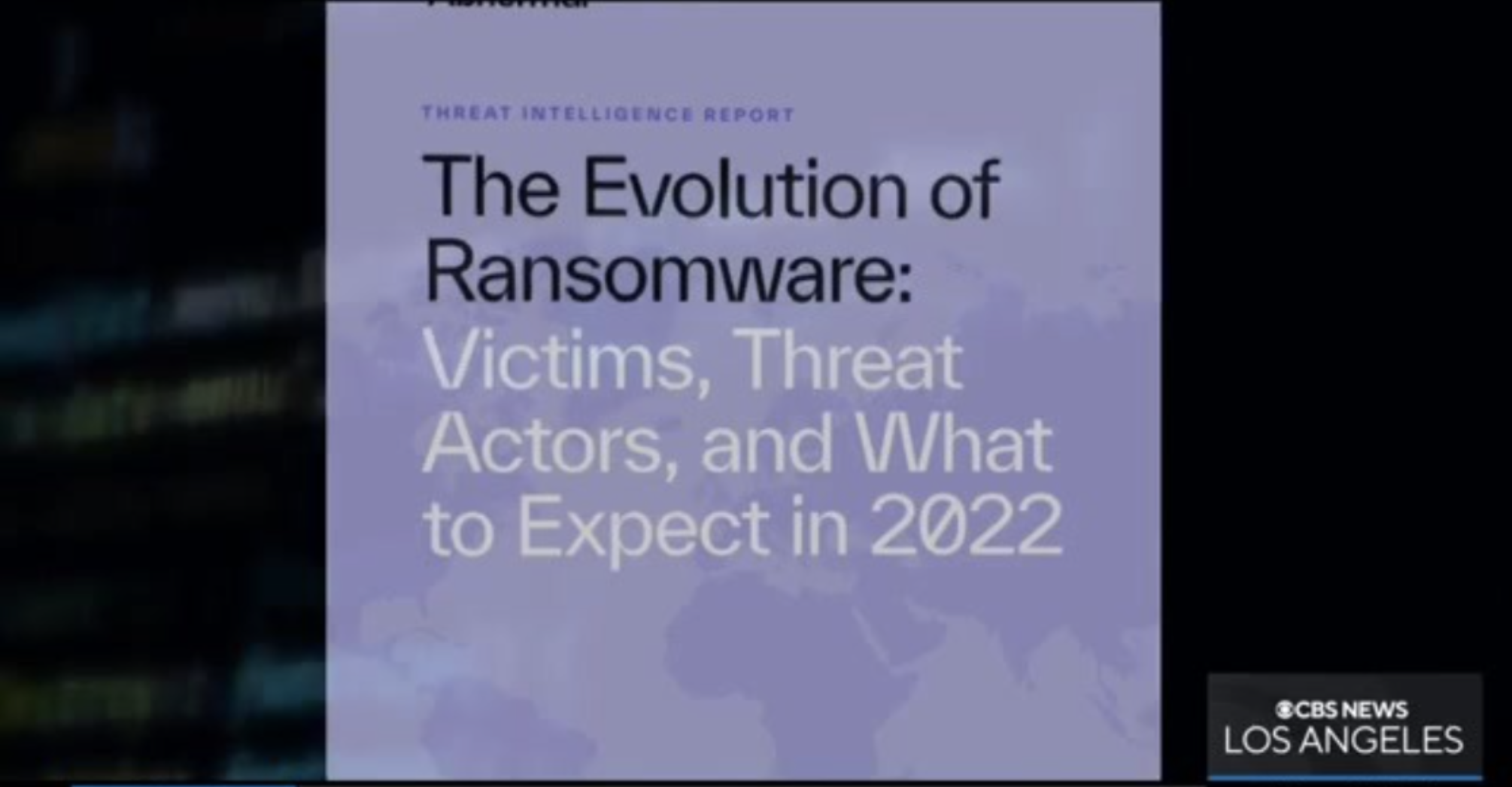 Ransomware attacks typically use a phishing email to infiltrate and lock its victim's computer system, records and databases.

"A company would then need to pay a ransom and it's usually pain in bitcoin or some other cryptocurrency to provide a key to unlock those files," Hassold said.

According to Hassold, ransom demands used to be several hundred dollars, but that's changed.

In addition to Barlow, the Azusa Police Department was a victim of a ransomware attack last spring, as was the City of Torrance. Both of those attacks are still under investigation.

Shimizu said the hospital already had strong protections in place, but has since upped its cybersecurity.

"But it's only a matter of time before someone else is the next victim," she said.

Experts in cybersecurity said its a misconception that ransomware thieves target large companies with very deep pockets. In fact, about a third of the California victims make less than $10 million a year.