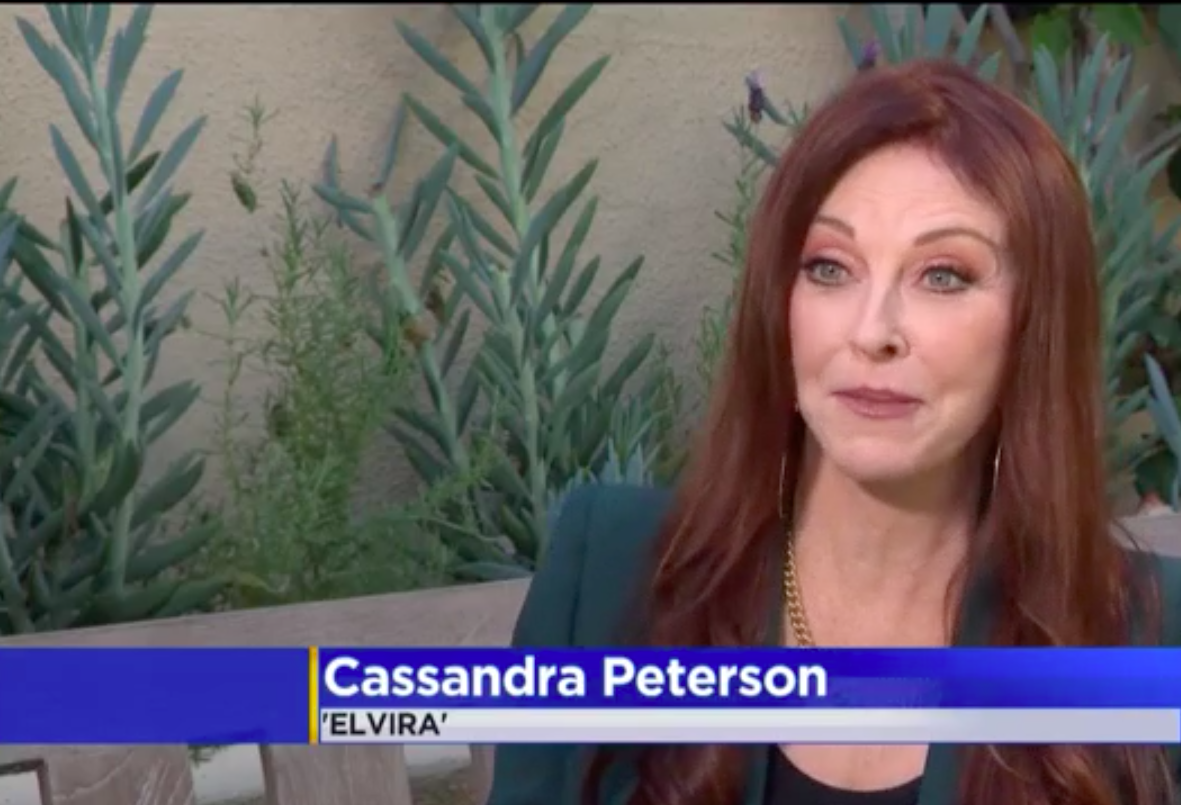 LOS ANGELES (CBSLA) - You know her as Elvira, Mistress of the Dark, but Cassandra Peterson is much more than that.

CBS' Joy Benedict sat down for an exclusive interview with Peterson, where she details what's in her newest book, "Yours Cruelly, Elvira: Memoirs of the Mistress of the Dark."

It isn't just about Peterson's iconic character, but rather about her life. The book, which came out on September 22, is the sixth item on her credited bibliography.

However, it is the first work that Peterson has written. The memoir was supposedly started over 15 years ago, but the COVID-19 pandemic provided her with the opportunity to sit down and put it all on paper.

She begins with her humble beginnings and somewhat turbulent entry into show business. Ironically, Peterson says that when she finally got to be Elvira, she felt as if her life got to be more normal.

Peterson details living in a tree, celebrity interactions, relationships and more in the memoir, including a surprising bit of news that many didn't know about Peterson - her 19-year relationship with her partner, Teresa "T" Wierson. This was the first time she has openly spoken about her relationship with a woman.

Peterson began acting as Elvira for KHJ-TV (the predecessor of KCAL9 News) in 1981 as the hostess of "Elvira's Movie Macabre," a program that featured B movies of the horror or science fiction genre.

From that point on Elvira would be a worldwide sensation, appearing in feature films and other movies, in a variety of different television shows and special appearances and thousands of different merchandise items.

"Yours Cruelly, Elvira: Memoirs of the Mistress of Darkness," was published on the 40th anniversary of the inception of Elvira and quickly gained a spot on the New York Times Best Seller list.