RANCHO CUCAMONGA (CBSLA) — A Purple Heart was one of the many military service medals stolen from the garage of a 1983 Beirut Bombing survivor on Veterans Day.

When a Deputy Davalos looked further into a vehicle without a front license plate, backed into a parking space behind a guitar center in Rancho Cucamonga, he discovered the vehicle had been stolen.

"A records check indicated the car was reported stolen out of Rancho Cucamonga," Davalos said. 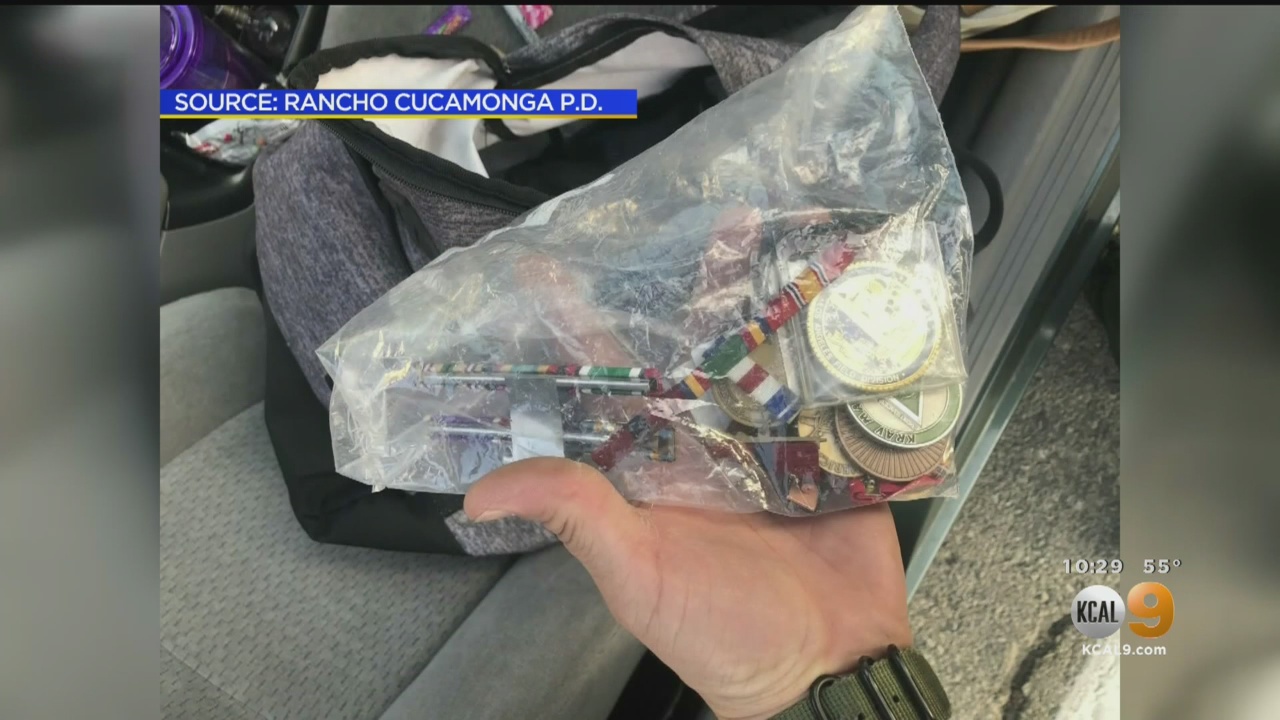 A physical search of the vehicle uncovered a stash of stolen property including, IDs, checks, mail, and a bag of military service medals.

"One of them, in particular, had a name engraved on the bottom portion of the coin," he said.

The name on the coin was that of veteran Neftali Rivera.

Rivera was just 19-years-old when he was crushed underneath rubble on the second story of the Marine Corps barracks in Lebanon during the 1983 Beirut Bombing.

"To this day I still don't remember being buried," Rivera said.

Rivera was awarded the Purple Heart for the combat injuries he survived.

"That one was pinned onto me when I was unconscious so it had a lot of sentimental value," he said.

Unfortunately, Rivera's Purple Heart was not one of the medals found in the bag Davalos returned to him.

"How heartless can this person be," said Rivera.

Davalos arrested a man and woman who were associated with the stolen car. The suspects are under investigation for a string of home and mailbox break-ins across the city.

"Oh my gosh, he's my friend for life," said Rivera.

Rivera said if not for Davalos' care and attention put into the case, he knows he would never see the medals again.

"I explained it to him that it made my year, actually. I was ecstatic," said Davalos.