LOS ANGELES (CBSLA) - A local family was shocked when strangers showed up on their doorstep claiming that they had rented their home on Airbnb even though the homeowner had never listed it. 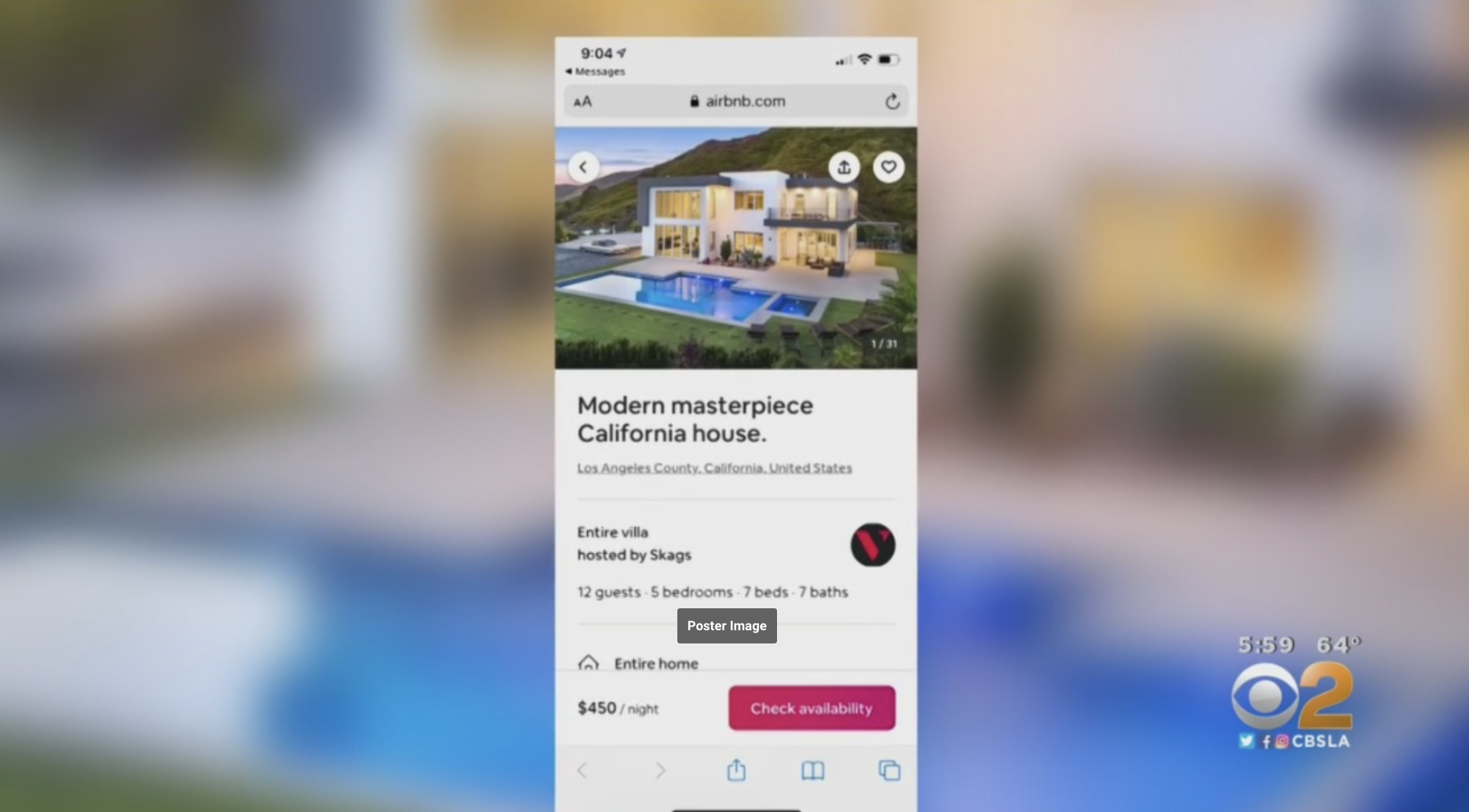 The listing called the home a "modern masterpiece," and the entire villa was up for rent for just $450 a night on Airbnb's website.

Jeff Branch owns the house, which is nestled up against the Santa Monica Mountains. He, his wife and children moved in four months ago. Earlier this month, the family went out of town, though they left a pet sitter to watch the house.

"...and she text us and said, 'Did you rent the house out for the weekend?' And we said no. And she said, 'Someone is here who rented the house through Airbnb," Branch said.

The homeowner went online and found the listing for his home, a listing he did not make that was using photos taken when the house was up for sale.

"I was a bit surprised, but not surprised. It got me to really realize just how easy it is for people to do anything online without anyone's permission," said Branch.

Branch immediately messaged and called Airbnb. He was told his case would be "escalated to a specialized team."

"...and he said, 'Okay, someone will be in touch with you tonight.' Nothing," said Branch.

The listing stayed up for weeks and, last weekend, another stranger showed up to the home, saying she had rented the house on Airbnb.

"It's not a comfortable situation when people show up at your house and have seen pictures on the internet and say, 'I paid for this house,'" Branch said.

While Airbnb had it listed that the host's identity was verified, as far as CBSLA could tell, Airbnb does not do anything to verify the address to the make sure the person listing the property actually owns it.

A look at the host's profile revealed a listing for another home in Kern County. However, a reverse image search on Google showed the home was actually on Sunset Boulevard in Brentwood.

Within hours of CBSLA reaching out to Airbnb, both listings were taken down.

"Until the media speaks up and they could potentially get bad press, they don't care," Branch said.

For it's part, Airbnb sent CBSLA the following statement:

"Trust is at the heart of everything we do, and bad actors have no place in the Airbnb community. This homeowner is correct, and we've taken action to ban both the listing and the host from our platform."

The vacation rental company said it does not release funds until after check-in and it uses software to detect fake listings, which it insists are are rare.