SIMI VALLEY (CBSLA) — Face coverings are not doing a good job of masking how strongly people feel about having to wear them.

Masks that cover the nose and mouth are recommended by the Centers for Disease Control and Prevention, and are required in many areas of the country right now, including the county and city of Los Angeles, to help slow the spread of coronavirus.

But some people are opposed to being forced to wear masks, sometimes violently so. On May 1, two brothers were caught on video punching a security guard who was escorting them out of a Van Nuys Target because they were not wearing masks. The security guard's arm was broken and the brothers were later arrested for felony battery. 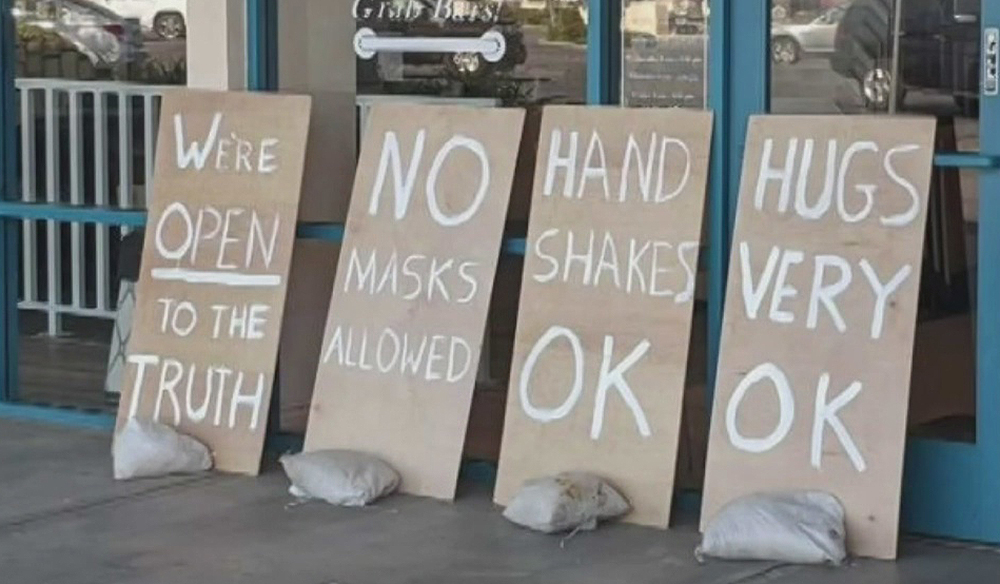 In neighboring Ventura County, coronavirus deaths and infections are the lowest in the Southern California area. But many people in Simi Valley, one of the most populated cities in Ventura County, still feel strongly about wearing masks as they shop.

"I feel it's not eased up enough for me to feel comfortable to go in somewhere without a mask," Simi Valley resident Diane Wilkinson said. "If they opened up a restaurant tomorrow, said you can come in, we probably would not go."

One flooring business defiantly put out signs that included messages like "No Masks Allowed," "Handshakes OK," and "Hugs Very OK." Pictures of the signs were posted on social media.

"Obviously I will not be going there, for that reason," Martha Galvez said. "My concern is for those people — like I say, they're going at their own risk, I understand that. But then they don't know what they're bringing out."

On NextDoor, a social media site for neighbors, some residents in Simi Valley were vehemently opposed to Costco's newly instituted policy requiring face masks by employees and shoppers alike. In other parts of the country, some called for a boycott of the warehouse club.