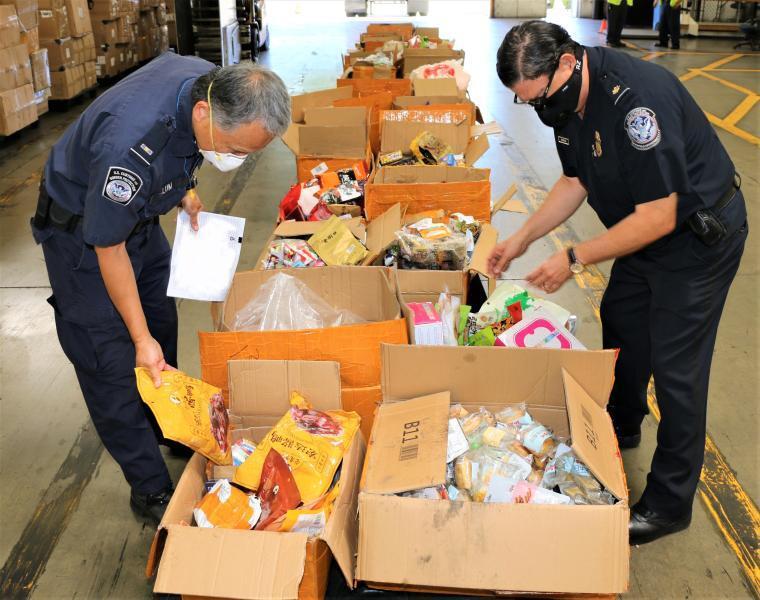 More than 262,000 pounds of prohibited meat products have been seized from the Los Angeles/Long Beach seaport so far this year.

262,237 pounds of pork, chicken, beef and duck have been seized so far by agriculture specialists with U.S. Customs and Border Protection, the agency reported Monday.

It marks a 33% increase over the same period last year.

CBP has seen a "staggering" increase in the amount of prohibited meat coming from China which has been intercepted at the L.A. seaport.

"Preventing the introduction of foreign contagious animal diseases and noxious pests at our nation's largest seaport is paramount and vital to our agriculture industry and the well-being of the communities we serve," said CBP's Los Angeles director of field operations Carlos C. Martel in a statement. "We work closely with our USDA and private-sector partners to protect the nation from a variety of diverse agriculture threats."

According to the USDA, animals in China can be affected by diseases such as African Swine Fever, Foot and Mouth Disease and Swine Vesicular Disease.

There is a fear that countries whose animals are infected with ASF can spread the virus to cattle in the U.S., potentially crippling the domestic pork industry, CBP said.