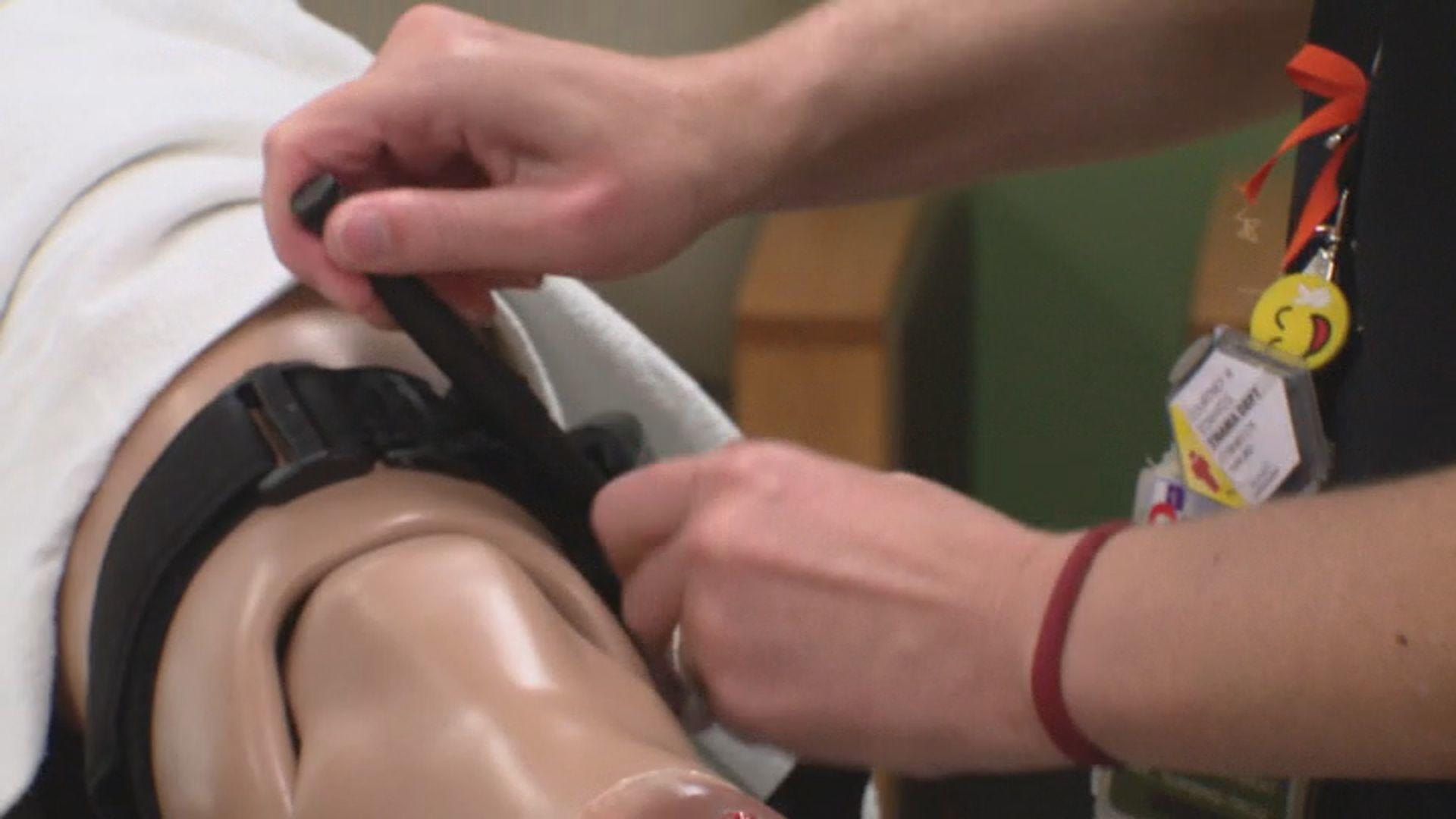 SAN ANTONIO - In the span of five years he has treated victims in two of Texas' deadliest mass shootings. And University Hospital trauma surgeon Dr. Ronald Stewart is already preparing for the next one.

"It is our number one epidemic," he said of gun violence. "That impacts our children and young people the most."

In 2017, nine patients were brought to San Antonio's University Hospital after a gunman opened fire with a semi-automatic rifle during Sunday mass inside a Sutherland Springs church.

In May, less than five years later, Dr. Stewart was once again faced with treating victims injured by a similar style of weapon. Four people were brought to University Health after a gunman shot his grandmother before driving to Robb Elementary School and opening fire inside two classrooms.

"It's personal to me" Dr. Stewart said.

Dr. Stewart's career at University Hospital has spanned 40 years. But in the past 18 of those years, he said he's observed a sharp increase in gun violence incidents and mass shootings.

Between the Sutherland Springs and Uvalde attacks, the United States hit a grim milestone. In 2020, for the first time, guns were the leading cause of death among children ages one to 19, according to data from the Centers for Disease Control and Prevention. The CDC also found that there were 45,222 gun deaths in the country in 2020 -- the highest number ever recorded.

As a trauma surgeon, Dr. Ronald Stewart has also seen first hand the difference in the type of damage the semi-automatic weapons increasingly used in these events can cause.

"A very large percentage of people who are injured [by semi-automatic weapons] never make it to a trauma center," he said. "We have families who are coming to the hospitals looking for their loved ones, and they're not here."

Following the Sutherland Springs shooting -- an attack that left 26 dead -- University Hospital looked for opportunities for improvement, such as more education and training on bleed control kits.

While Dr. Stewart is preparing for the next mass shooting, he is also adamant that these events are preventable.

"Can we prevent 100 percent? Maybe," he said. "But I can tell you we can prevent a large number of them."

The solutions? He points to many, including from a report  from the American College of Surgeons. Among the recommendations the report makes:

Dr. Stewart believes that the conversation needs to change, and to arrive at policy solutions people on all sides of the gun debate issue need to do two things: one is to understand and address the root causes of violence. The other is to make firearm ownership as safe as reasonably possible for both those who own firearms and those who do not.

"It does not require a compromise," he said. "It does require, rather than blaming someone else, it requires taking responsibility for our own piece of the issue."

He uses that nuance when he describes what he'll remember about playing a role in the aftermath of these devastating events. He described the beauty of seeing everyone work together to treat the victims -- from the first responders, to the rural hospital workers, to the doctors who help survivors recover mentally and physically long after they're released from the hospital.

"One of the most beautiful things in the world," is how he described it. But then there's the dark side to what he'll remember as well.

"To hear a nine-year-old child describe the horrific events that actually happened -- it makes me sick," he said. "And it drives me, by the way, too. We must do better. We can do better."

Robbie grew up in northeast Texas, in a tiny town where her family's history spans six generations.