The CBS 11 I-Team learned about another tragic incident inside a North Texas hospital death at a mental health facility that it has been investigating for years.

Since 2013, families have contacted the I-Team complaining about what happened to their loved ones behind closed doors at Sundance Behavioral Healthcare System facilities. In the latest case, a woman says her boyfriend walked in looking for help on a Friday and by Saturday, he was dead.

The Texas Department of Health and Human Services confirms the death at Sundance Behavioral Hospital in Arlington on Saturday, September 15. The medical examiner reports a 39-year old man from North Richland Hills died.

Arlington Police tell the I-Team it was a suicide.

A woman, who says she is the man's girlfriend, tells CBS 11 his family is shattered. She says they are out of state, and she is trying to find out exactly what went wrong.

Spiller is the Policy Director for the Citizens Commission on Human Rights in Austin. "The state of mental health in Texas is not good."

Spiller says he is extremely saddened by the recent tragedy at Sundance Behavioral Hospital.

The I-Team has spent more than five years investigating reports from other loved ones and patients at these hospitals. They include attempted suicides, alleged danger, threats with needles, and patients who say they were held against their will.

We've talked to former employees who provided pictures reportedly from the inside. The photos show graffiti on walls, children sleeping on mattresses on the floor with food nearby, holes in the walls and ceilings, leaky roofs, clogged toilets, and an employee sleeping on the job.

And most recently, CBS 11 talked to a young patient who painted his own picture of the inside. A 12-year-old boy, who loves to draw, sketched the word "H-e-l-l" on a piece of paper when we asked about the hospital. He said, "It was hell basically hell. ...a lot of stuff happens there."

So who oversees mental health facilities? In Texas, the Joint Commission accredits them based on evaluations. Texas Health and Human Services State and The Center for Medicare & Medicaid Services also inspects them and have the authority to impose penalties and fines.

The I-Team has obtained and reviewed years of those inspection reports. Deficiencies include lack of safety, supervision, staff and treatment plans, restraints without physicians orders, sanitation issues, outdated food, and medicine carts left out in the open. The state has fined the hospital for violations. In each case, Sundance responds with correction plans.

"It's kind of like the good housekeeping seal of approval," explained Spiller.

With continuing complaints, violations, and reports of incidents such as this most recent death, parents, advocates and local and national lawmakers are raising questions about oversight at mental health facilities.

Sundance Hospital staff empathize with people who have lost a loved one to suicide. Mental health professionals continually seek to identify people at risk, reduce this risk and provide care alternatives. Unfortunately, many people go on to commit suicide, despite repeated rescues, even while under the care of trained mental health professionals. While psychiatric hospitals help thousands of people every year and prevent them from committing suicide, we consider no single event acceptable. The two Sundance hospitals work cooperatively with state regulators and local officials to meet standards and respond to opportunities for improvement.

RESPONSE FROM THE CENTERS FOR MEDICARE AND MEDICAID SERVICES, REGION 6

What process is in place to make sure the Centers for Medicare and Medicaid Services is providing money to facilities in Texas that are operating under its standards?

Medicare-certified providers are surveyed (inspected) to determine if they are meeting Medicare requirements. The surveys are done by the state survey agency (in Texas, that's the Texas Health and Human Services Commission) or by a CMS-approved accrediting organization.
If a hospital is found out of compliance with federal requirements, it has an opportunity to make corrections and demonstrate compliance at a revisit survey. If the noncompliance continues, the facility may lose Medicare certification and, therefore, its ability to bill Medicare for services.
What qualifications must a mental health facility meet to qualify for funding?
CMS doesn't identify a provider type called "mental health facility," but it does certify hospitals and community mental health centers for provision of such services. Those facilities must meet the federal Conditions of Participation -- or be deemed by an approved accrediting organization to meet those Conditions of Participation.
NOTE: Other providers such as nursing homes, home health agencies and rural health clinics also routinely address the mental health needs of their patients.

How often are inspections done and under what circumstances at mental health facilities in Texas?

If a Medicare-certified provider is not deemed by an accrediting organization, the state completes rectification surveys on a routine basis, with the frequency dependent on the type of provider. The state also completes complaint investigations.

In the last year, what have you done to ensure Sundance Behavioral Health facilities in Texas are worthy of your funding? What have they done to prove they qualify?

Our database indicates one facility with the name "Sundance" in Texas. Sundance Hospital, at 7000 U.S. Highway 287 in Arlington, CCN 454113, is a Medicare-certified psychiatric hospital, with an offsite location at 2696 W. Walnut St. in Garland. The hospital is deemed by The Joint Commission. Thus, the Medicare certification is based on surveys by The Joint Commission, a CMS-approved accrediting organization.

The state survey agency has investigated a number of complaints, and the hospital has been found in compliance with the Conditions of Participation.

Sundance has received hundreds of complaints over the last few years - all filed with the state. It has enforcement actions relating to attempted suicides and safety issues within the facility. And it has been the focus of numerous news stories by CBS 11 where former patients, employees and mental health advocates have expressed concerns about the operations. In regard to the above, has the Centers for Medicare and Medicaid Services taken any action and/or increased inspections and/or discussed any actions as a result? If so, what?

As you may know, the state survey agency is the repository for complaints. We are attaching to this email our releasable 2567s (inspection reports) from recent months (May, July and August). We are also resending in a separate email the 2567s from earlier this year and last year, which we believe you should already have as a result of previous requests. It may be helpful to read Chapter 5 of the State Operations Manual, which has information about complaints and deemed providers.

In the last few years, has there been any change in the way you monitor or provide funding to Sundance facilities? If so, please explain.

We have not changed how we monitor the compliance with the Conditions of Participation, and we are not aware of any changes to funding. For further information about funding for the hospital, contact the Medicare Administrative Contractor, Novitas.

Has the Centers for Medicare and Medicaid Services ever stopped providing funding to a mental health facility in Texas as a result of complaints, inspection results or enforcement actions? If so, can you briefly tell us where, when and why?

Yes, we have. The best (most high-profile) example of our taking action against a psychiatric hospital would be Timberlawn in Dallas. We terminated Medicare and Medicaid funding. I believe CBS 11 reported on the case at the time. Also, a useful online tool for researching facilities is our Quality and Certification Oversight Reports website. This website provides access to the results of CMS survey and certification activity over the last 10 years.

RESPONSE FROM THE TEXAS HEALTH AND HUMAN SERVICES COMMISSION

Sundance has received hundreds of complaints over the last few years - all filed with the state. It has been cited for safety violations within the facility. It has also been the focus of numerous news stories (by CBS 11) where former patients, loved ones, former employees, lawmakers and mental health advocates have expressed concerns about the operations. Has the agency taken any action and/or increased inspections and/or discussed any actions as a result? If so, what?

Here are the most recent enforcement actions: On April 11, 2017 we assessed an administrative penalty of $650 for not obtaining a fire inspection survey in 2016. On Aug. 22, 2016 we assessed an administrative penalty of $28,500 for the facility failing to provide a safe environment for patients and for failing to ensure RNs performed assessments and/or reassessments in a timely manner. Note: It's my understanding we do have ongoing complaint investigations.

RESPONSE FROM THE JOINT COMMISSION

The Joint Commission has repeatedly given the facilities an above average and gold seal ratings in most areas. Can you please provide us an explanation for these evaluations? Can you explain why these facilities meet your standards and are worthy of your accreditation?

The Joint Commission is a private accreditor. Our goal is to help organizations identify deficiencies in care and correct them as quickly and sustainably as possible. Because we are not a public or regulatory agency, we do not have the authority to require closure, fines or other action.

Announced accreditation surveys generally take place every three years. We also receive reports of patient safety and quality concerns on an ongoing basis. Our Office of Quality and Patient Safety (OQPS) assesses all reports of concerns to evaluate whether or not a report describes unsafe conditions or incidents which may have reached a patient. Based on an analysis of the risk of harm inherent in the report, action may be taken.

On January 25, 2018, Sundance Hospital, 7000 US Highway 287, Arlington, Texas, received a Preliminary Denial of Accreditation (PDA) decision from The Joint Commission. A PDA results when there is justification to deny accreditation to a health care organization due to one or more of the following:
An immediate threat to health or safety of patients or the public
Submission of falsified documents or misrepresented information
Lack of a required license or similar issue at the time of survey
Failure to resolve the requirements of an Accreditation with Follow-up Survey status
Patients having been placed at risk for serious adverse outcomes due to significant or pervasive patterns/trends/repeat findings
Significant noncompliance with Joint Commission standards

A general description of the areas in which performance issues were found at Sundance Hospital leading to the PDA decisions available on the Quality Check website under "View Accreditation History."

A PDA decision is subject to review and appeal before the determination to deny accreditation. After submitting its Evidence of Standards Compliance (ESC), the hospital received Accreditation with Follow-up Survey status on April 3, 2018.

This occurred because the hospital demonstrated it is in compliance with all standards. It is required to undergo a follow-up survey within six months to assess sustained compliance. Sundance Hospital currently maintains this Accreditation with Follow-up Survey status. 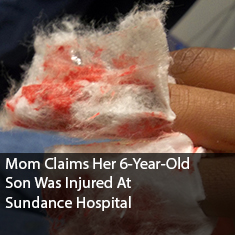 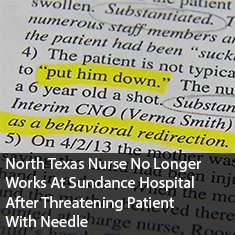 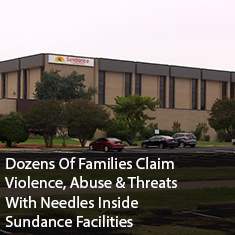 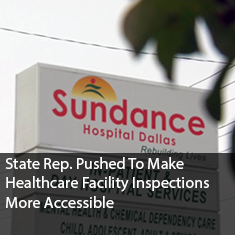 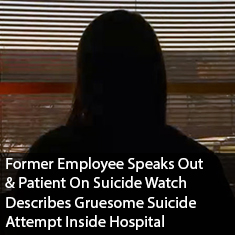