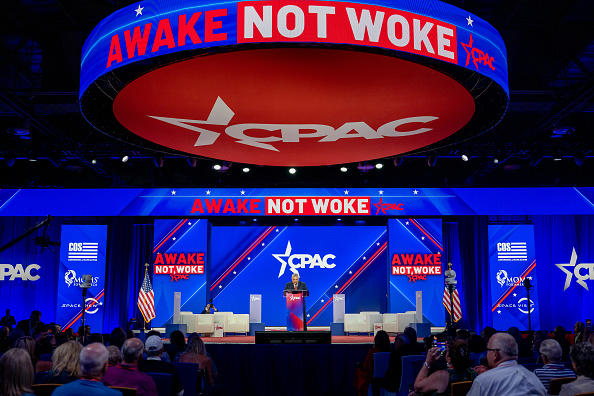 DALLAS (CBSDFW.COM ) - What happened at CPAC in Dallas? How are both sides of the aisle responding to the Senate's passage of the Inflation Reduction Act? What role will abortion play in the upcoming election?

Jack Fink covers these topics and more in this week's edition of Eye on Politics.

Every week, CBS 11 political reporter Jack Fink breaks down some of the biggest political stories grabbing headlines in North Texas and beyond. Watch the latest episode of Eye on Politics in the video player above and stream new episodes live every Thursday and Friday at 7 pm on CBS News DFW.

You can read a detailed report of the bill here, but here are some of its key elements:

Democrats say it will reduce inflation, but Republicans say it will do the opposite because the government is spending more money.

"It will both reduce the deficit and make the largest investment in battling climate change in American history," said Democratic Congressman Colin Allred of Richardson. "Texans know all about what's going on with our climate. We've faced more extreme weather events in recent years than anytime in recorded memory, whether it's the storm and the freeze that sent us back to the stone age in part because of the incompetence of our state leaders, or Hurricane Harvey, or the record droughts and heat that we're seeing right now."

Allred, who plans to vote for the bill in the House where it's set to pass, also expressed the importance of lowering drug prices.

Meanwhile, Sen. Ted Cruz, R-Texas, who voted against the bill with the rest of his party in the Senate, said this bill will make existing problems with inflation and the deficit worse.

A month and a half after the Supreme Court issued a landmark decision striking down Roe v. Wade, many political analysts are waiting to see what impact, if any, the issue of abortion will play this November.

Voters in Kansas, a Republican-leaning state, voted against changing protections for the procedure in their state's constitution. It was the first statewide ballot measure on abortion in a post-Roe America.

Meanwhile in Texas, a law banning most abortions, except to save the life of the mother, is set to take effect Aug. 25.

"The idea that under no circumstances you have access to reproductive health in the form of abortion, is so extreme, that we saw this pushback from a very red state," said Jasmine Crockett, the Democratic nominee for the 30th Congressional District in Dallas. "Well I'm hoping that Texas does the exact same thing and surprises the world with pushback against our governor."

That's something Sen. Ted Cruz is not concerned about. During a one-on-one interview with Jack Fink, he said he is expecting "not just a red wave, but a tidal wave" in November.

On the local level, Dallas became the latest Texas city to pass a reproductive rights resolution that instructs law enforcement officials not to spend time and resources investigating doctors accused of performing abortions.

Headlines out of CPAC

Last weekend, thousands of conservatives were in Dallas for the Conservative Political Action Conference.

Among the speakers at the conference -- Hungarian Prime Minister Viktor Orban. Democrats condemned the appearance of Orban, who they call authoritarian. Orban recently complained Europe is becoming mixed-race.

"Republicans are putting on one of the most grotesque displays of far right ideology that we have ever seen in Texas," said Texas Rep. Rhetta Bowers, D-Garland.

Cruz called criticism that extremism was on display at CPAC ironic given what he said has happened to the Democratic party in Washington.

"Five years ago in the Senate, there was one open socialist, that was Bernie Sanders" he said. "Today, Joe Biden's top priority is passing Bernie Sanders' socialist budget."

During CPAC, Sen. Ted Cruz sat down for a one-on-one with Jack Fink. They discussed the November election in depth, and Cruz said after the Uvalde shooting, law enforcement didn't tell Texas leaders the truth about what had happened. Watch the full interview in the video player below.

In this week's episode of Eye on Politics Jack Fink also spoke with CBS News Political Correspondent Caitlyn Huey Burns about key bills that have recently passed Congress. And we hear from Frisco Mayor Jeff Cheney about the city's efforts to give homeowners a break on property taxes. Watch the full episode in the video player at the top of this page.

Jack Fink covers politics for KTVT-TV CBS 11 and has been with the station since September 2003.