AURORA, Colo. (CBS4) - The attorney for a homeowner shot to death at his own home by Aurora police early Monday morning says the officers should have known they were firing at the wrong man.

Siddhartha Rathod is representing the family of 73-year-old Richard "Gary" Black. The attorney says there was a party in the neighborhood and a naked man kicked in the door of Black's home. The intruder then grabbed an 11-year-old child trying to strangle and drown him, the attorney said.

He says Black got up and was struck in the head with a vase, but managed to get a handgun.

Aurora Police say they heard gunfire upon arrival and saw a man with a gun in his hand and fired killing the homeowner.

Rathod says two other individuals entered the home with the intruder.

"A lot of the evidence is suggesting that [the officers] were outside the house and shot into the home and killed Mr. Black."

Neighbors like Susan Askoul were friends with the Black family.

"Gary was protecting his family and that intruder was in there I understand. Police have nano seconds to respond to anything that transpires," Askoul told CBS4 investigator Rick Sallinger.

Police are releasing little about the incident except the basics. Late Tuesday night, they confirmed the officer who shot Black was involved in another deadly shooting in late June. 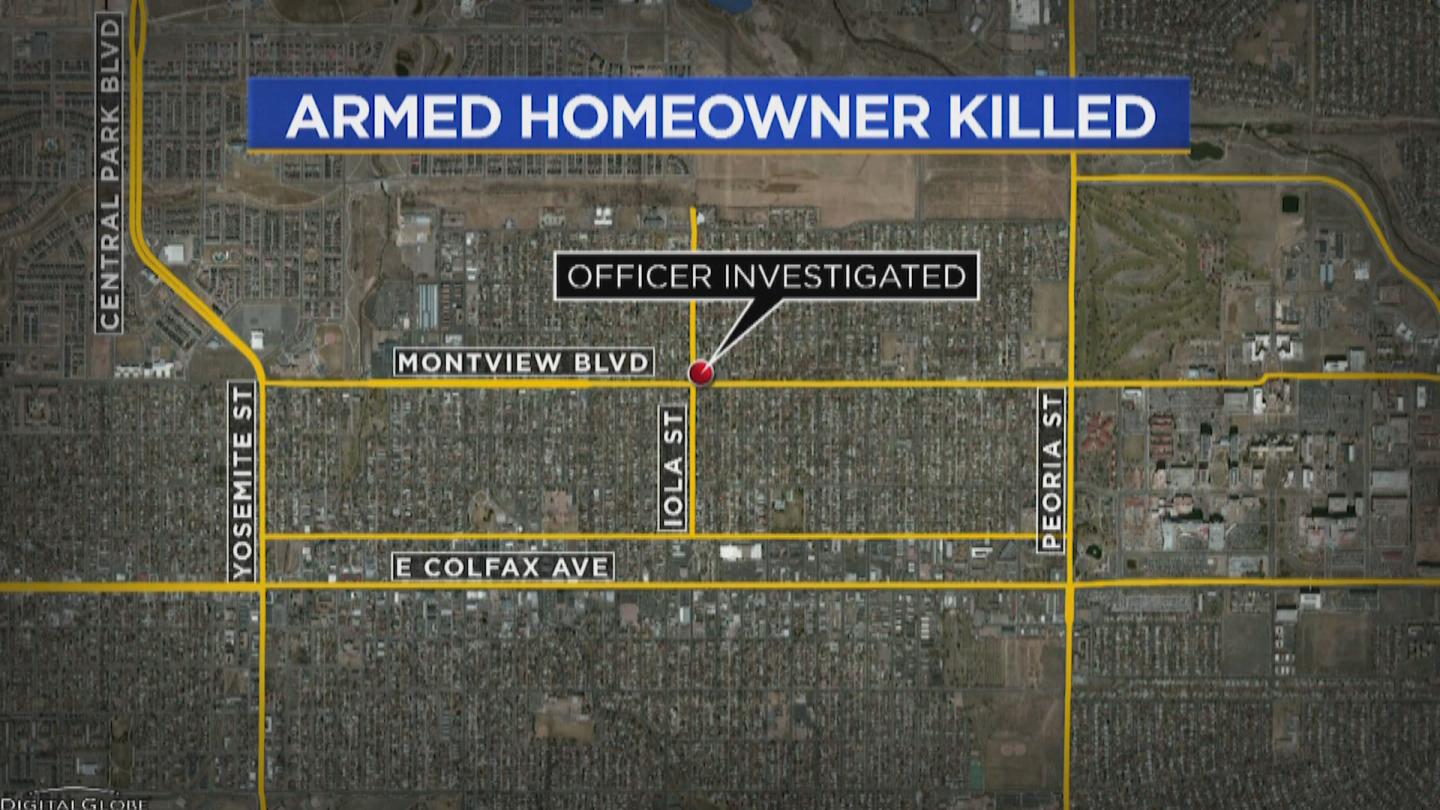 "Officers arrived on scene and heard gunfire a short time later confronted a male who was armed with a firearm," said Officer Kenneth Forrest. Later on Monday they revealed the victim was the homeowner.

The crime scene investigation involved personal protective suits. A representative of the victim's family was on hand.

Several neighbors say people from a nearby home may have known the man identified as an intruder. A car was towed away from in front of that home shortly after the shooting.

Steve Ponikiski heard the commotion and came out.

"The gunshots from the intruder versus the police officer were so quick the officer might have made the right choice in his situation," he said.

Police emphasize this investigation will take time, and they are examining from all angles.

Black was a Vietnam war veteran and a winner of the Bronze Star. He is a retired IRS agent and described by neighbors as a family man.

"Mr. Black is a hero. He's not only a hero of Aurora, he's a hero of Colorado. He saved his grandson's life. He did everything absolutely correctly," said Rathod.

The Aurora Police Department understands that the public has many questions concerning the officer-involved shooting that occurred the morning of July 30th, 2018.

This incident was not only tragic, but incredibly heartbreaking for the involved family, the community, and our Department. This makes it even more difficult in not being able to provide information at this time as we are committed to being transparent and sharing information as soon as possible after a critical incident.

That said, we also have a responsibility and obligation to ensure a thorough and credible investigation. The integrity of any investigation is paramount to promoting community and legal confidence; an investigation that can withstand scrutiny.

While investigating this incident, the 17th Judicial District has continued to request that we not provide any further information until the investigation is at a stage where releasing additional information would not compromise the integrity of this investigation.

The Aurora Police Department is expecting to hold a press conference on Thursday, August 2nd, 2018. Chief Nick Metz and representatives from the 17th Judicial District Attorney's Office will provide information and answer questions.