CHICAGO (CBS) -- Illinois gets some $55 billion every year in federal funding, and it's all based on the census. There's a tight timeline to make sure everyone is counted.

When the census is coming, you can expect many more patriotic ads pushed in several different languages. Demographic data and population numbers will affect the next decade of federal funding and congressional representation in each area of the country.

"We completed an operation which was a door to door canvass of addresses to make sure we have a complete and accurate list," said Marilyn Sanders, Chicago region director for the United States Census Bureau.

Her team started hitting the streets in October. January was focused on recruiting more employees. February will be spent figuring out point people at shelters, senior centers and colleges. In mid March a blitz begins of 95% of mailboxes nationwide. April 1 is "Census Day."

You won't receive the familiar looking questionnaire in the first three mailings.

The feds hope to save paper and increase response rates by encouraging census participation online or by phone.

There are several key dates in the census timeline -- like May 12. That's when the census sends in its troops, by the hundreds of thousands, in our eight-state region. 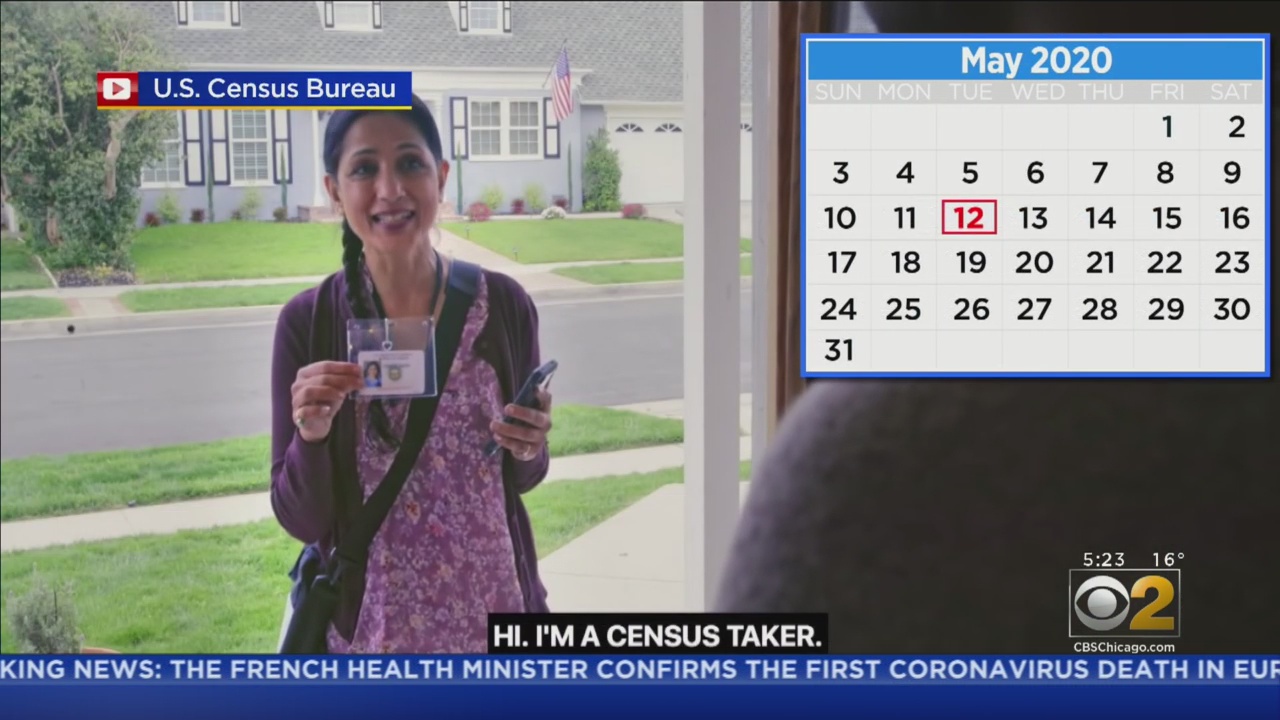 Most will be out and about armed with official gear, laptops and iPhones, while others man the lines inside.

Over the summer, you might get a visit or call after submitting your information.

"The post enumeration survey helps us to determine the overcount or the undercount of the population," Sanders said. "It's easy, safe and important."

and March 31 is the deadline to redraw legislative districts based on population changes.

A full report is due on the president's desk Dec. 31.