CHICAGO (CBS) -- A woman has died a day after a sport-utility vehicle crashed into a bus shelter, and injured her and another woman, in the Washington Park neighborhood.

Police and the Cook County Medical Examiner's office confirmed that the woman was pronounced dead at the University of Chicago Medical Center on Sunday.

The woman who died was identified as Beverly Barney, 59, of the Cottage Grove Heights neighborhood, according to the Medical Examiner's office.

The crash which involved a Ford Explorer, happened at 61st and King Drive around 7:15 p.m. Saturday, police said. 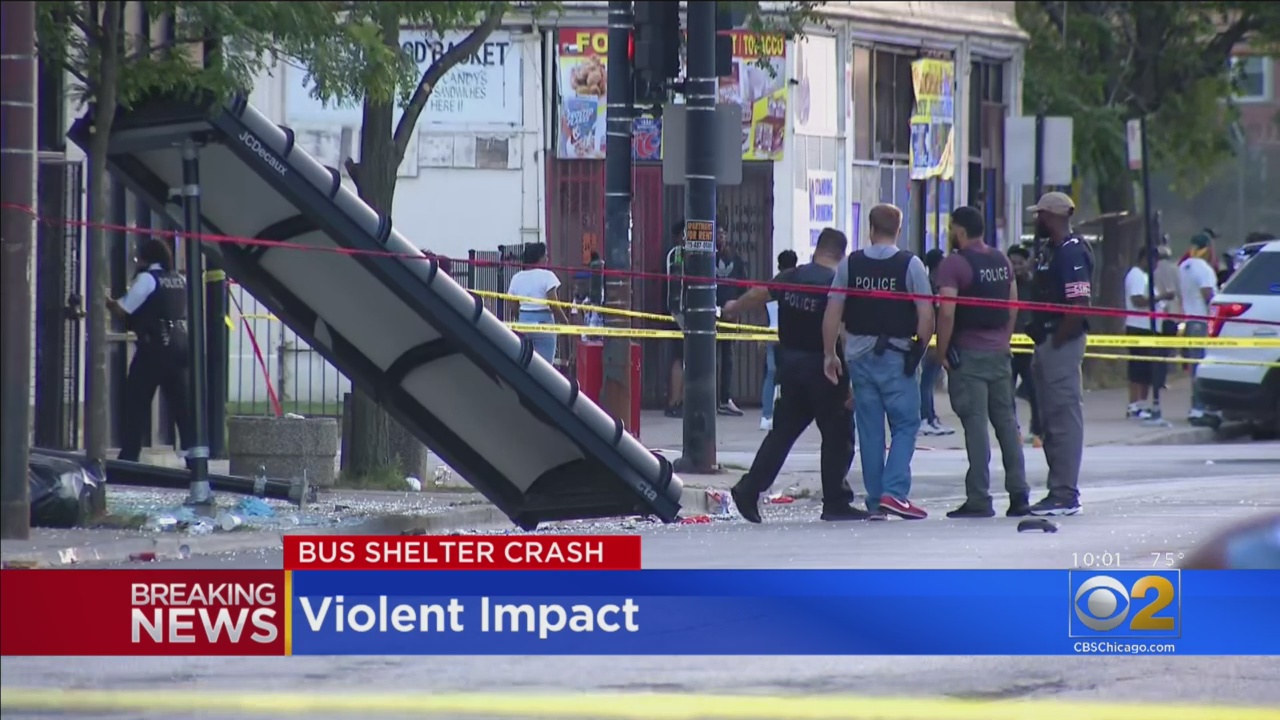 The women were initially both reported to be 60 years old. The surviving victim was initially taken in good condition to St. Bernard Hospital, according to the Chicago Fire Department.

The bus shelter was left toppled over, shattered glass and police tape separating traffic from the criminal investigation into the driver.

One of Gibens' longtime friends was one of the two hurt and taken to hospitals. She said that victim would often spend time talking with others at the shelter.

One person was taken into custody late Saturday, and charges were pending, police said.