CHICAGO (CBS)--A Chicago man has been charged in connection with the battery and sexual assault of a 66-year-old woman at an Uptown park on July 20.

The woman was at the Buttercup Playlot on the 4900 block of Sheridan, shortly before noon on July 20 when Arnie Spaulding, 19, threatened to shoot her, according to police.
At the same time, police say, a 49-year-old man who was with the woman was punched in the head and neck by 56-year-old Derrick Burke.

Burke then sexually assaulted the woman, according to police.

Burke and Spaulding were arrested about 30 minutes later in the 900 block of West Lawrence. 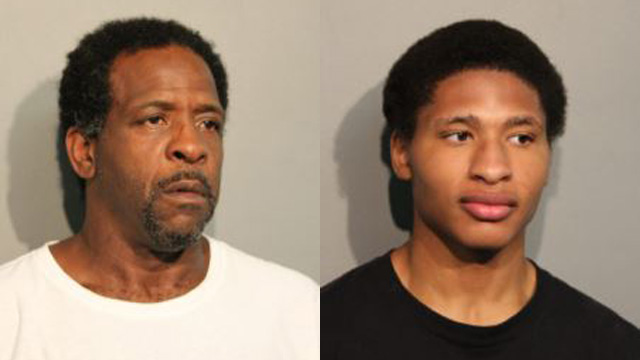 Spaulding was charged with assault and released on a recognizance bond.

According to state records, Spaulding was paroled on July 12 after serving half of a one-year sentence for resisting police.