CHICAGO (CBS) – A robber in Rolling Meadows walked into a bank with a suitcase, possibly to haul his loot.

According to the FBI, surveillance cameras caught the man as he walked into the Village Bank and Trust on Algonquin Road shortly after 4 p.m. Thursday. 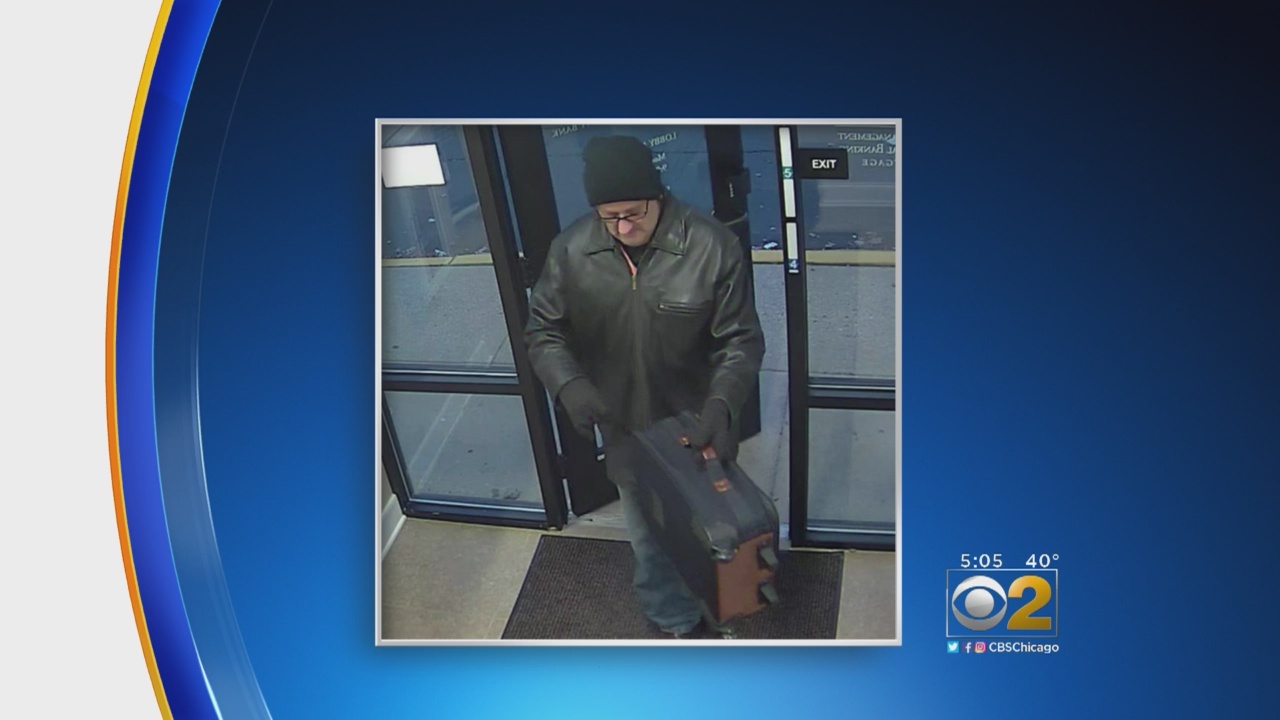 He was carrying a blue and tan suitcase with wheels, the FBI says.

He also had a gun. It's unclear how much money he got away with.

The man should be considered armed and dangerous.

The FBI is offering a reward of up to $1,000 for information leading directly to the arrest of the suspect. Anyone with information regarding the robbery is asked to contact the FBI's Chicago Field Office at 312-421-6700.